PIERS Morgan hit out at Coronation Street Gail Platt after she threatened him and "attempted to kill" Lorraine Kelly.

The Good Morning Britain host suggested the character is a serial killer who is targeting daytime TV presenters. 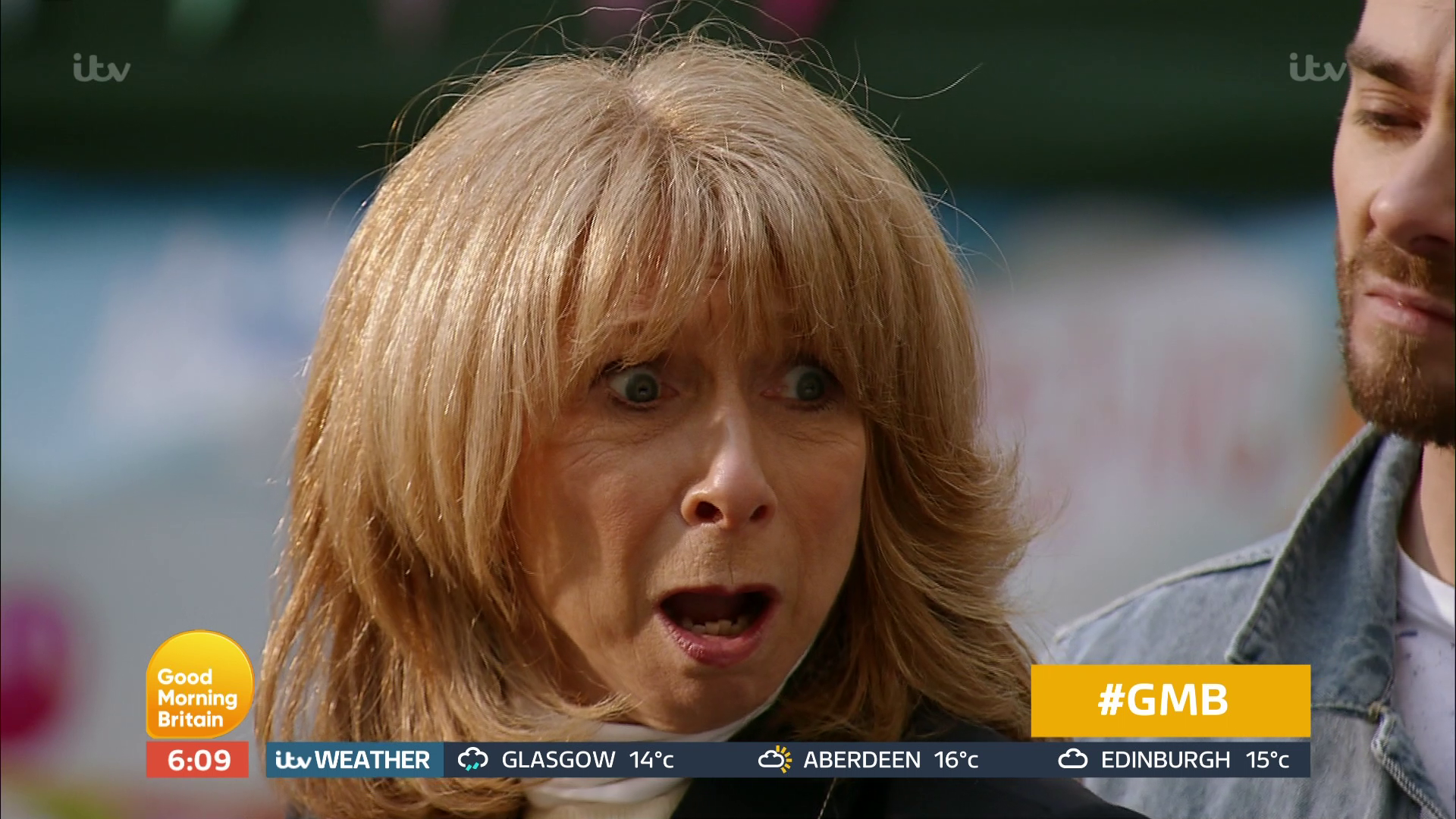 He pointed out he had been threatened by Gail in the same week she shot Lorraine Kelly with an arrow during her cameo.

Piers got a name check when Gail's son David said: "I had to stop mum throwing a tomahawk at Piers Morgan."

Speaking on GMB this morning, Piers said: "I started getting all these tweets about Gail Platt wanting to kill me with a tomahawk in Coronation Street.

"My grandmother used to love Coronation Street. She would have been so happy to hear I got a name check, until she realised Gail Platt wanted to spear me with a tomahawk. 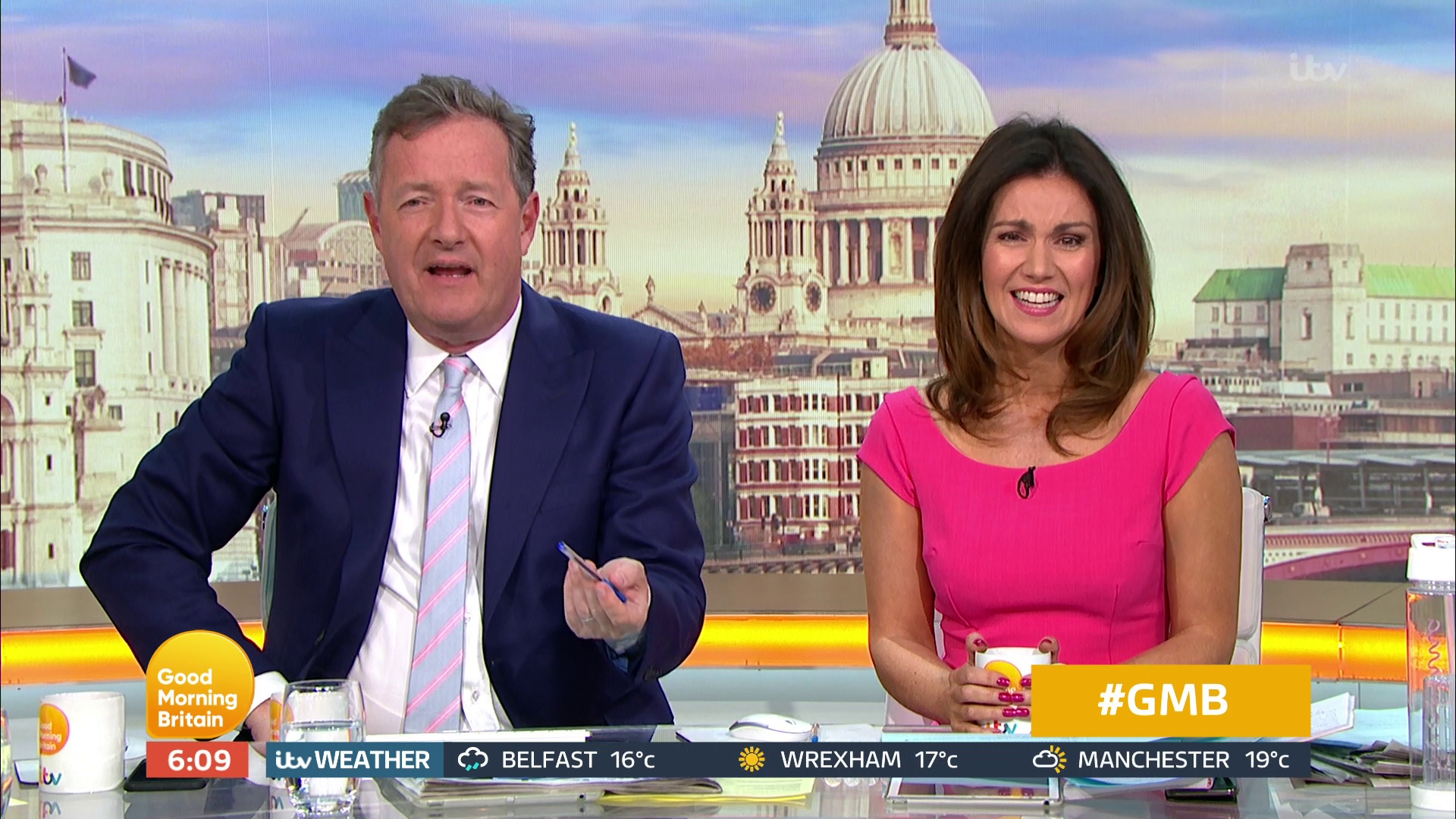 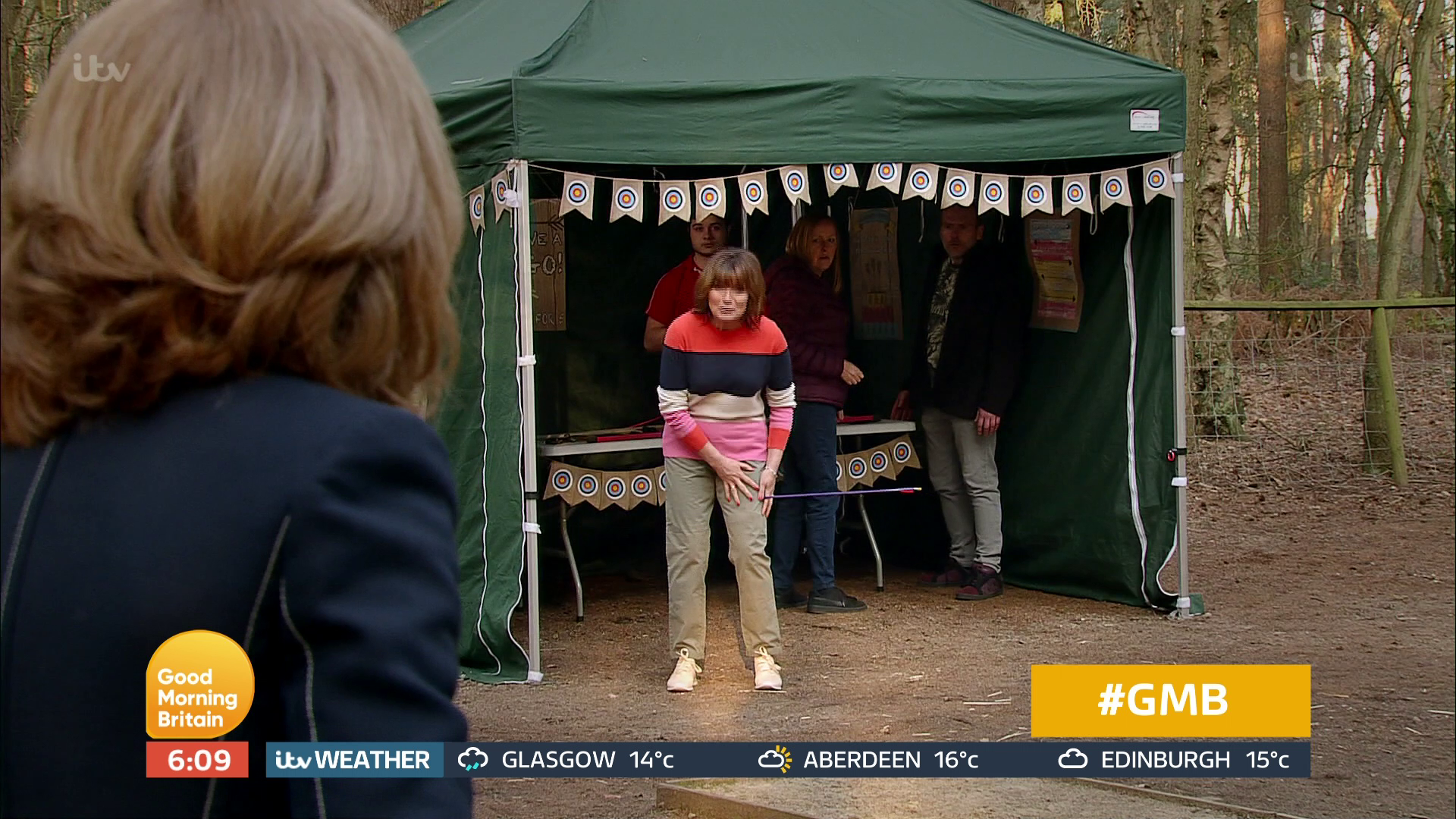 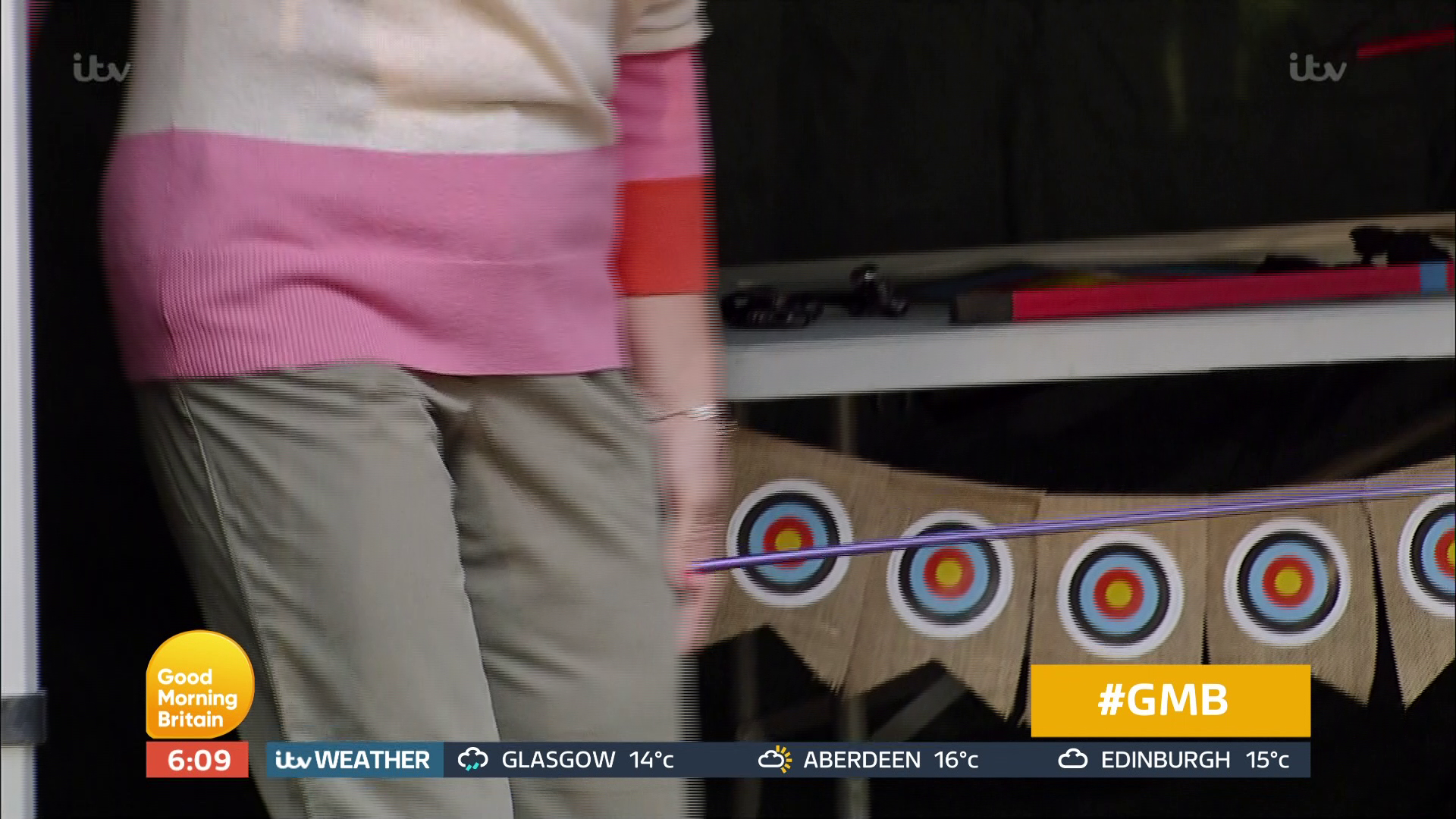 "Why does she want to kill me? I don't understand."

After watching a clip of Lorraine in action in the soap, Piers added: "So let me get this straight, Gail Platt hit a bow and arrow into the leg of national treasure Lorraine Kelly… and then threatened to throw a tomahawk at me?"

Last week a star struck Gail became obsessed after spotting ITV superstar Lorraine Kelly in the same holiday park where she was staying with the rest of her family.

Massive thanks to cast and crew of @coronationstreet for making me feel so welcome and giving me a day to remember. My episode airs on Monday.

Convinced it’s Lorraine, Gail manages to cajole Bethany and Sarah to chase after the poor woman in a pedalo.

She ends up accidentally shooting an arrow into Lorraine's leg, who yells: "You daft wee woman!"

Thanking the cast for her cameo, Lorraine said: "Massive thanks to cast and crew of @coronationstreet for making me feel so welcome and giving me a day to remember."