Susanna, 48, was left blushing when the 78-year-old former cricket pro made a pass at her during an interview earlier today. 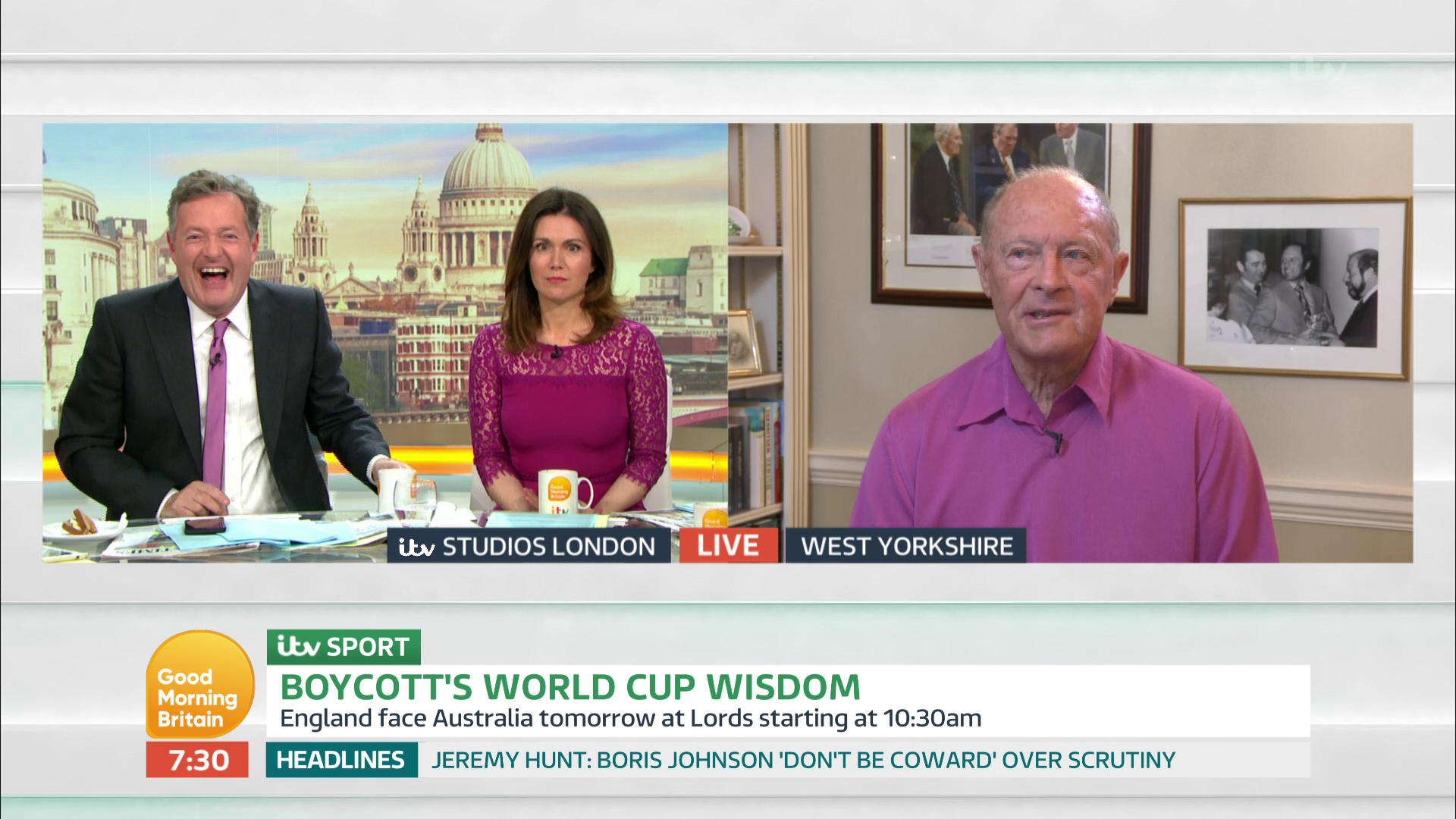 Geoffrey appeared via video link and it didn't take him long to start talking about Susanna's personal life after Piers asked him about Boris Johnson.

The sportsman replied: "We've all had personal problems, we all have them.

"If you looked into my life or looked into Susanna's, my goodness I bet they would be quite interesting."

While Piers chuckled, Susanna asked: "How did I suddenly get drawn into it? I'm not running for PM!" 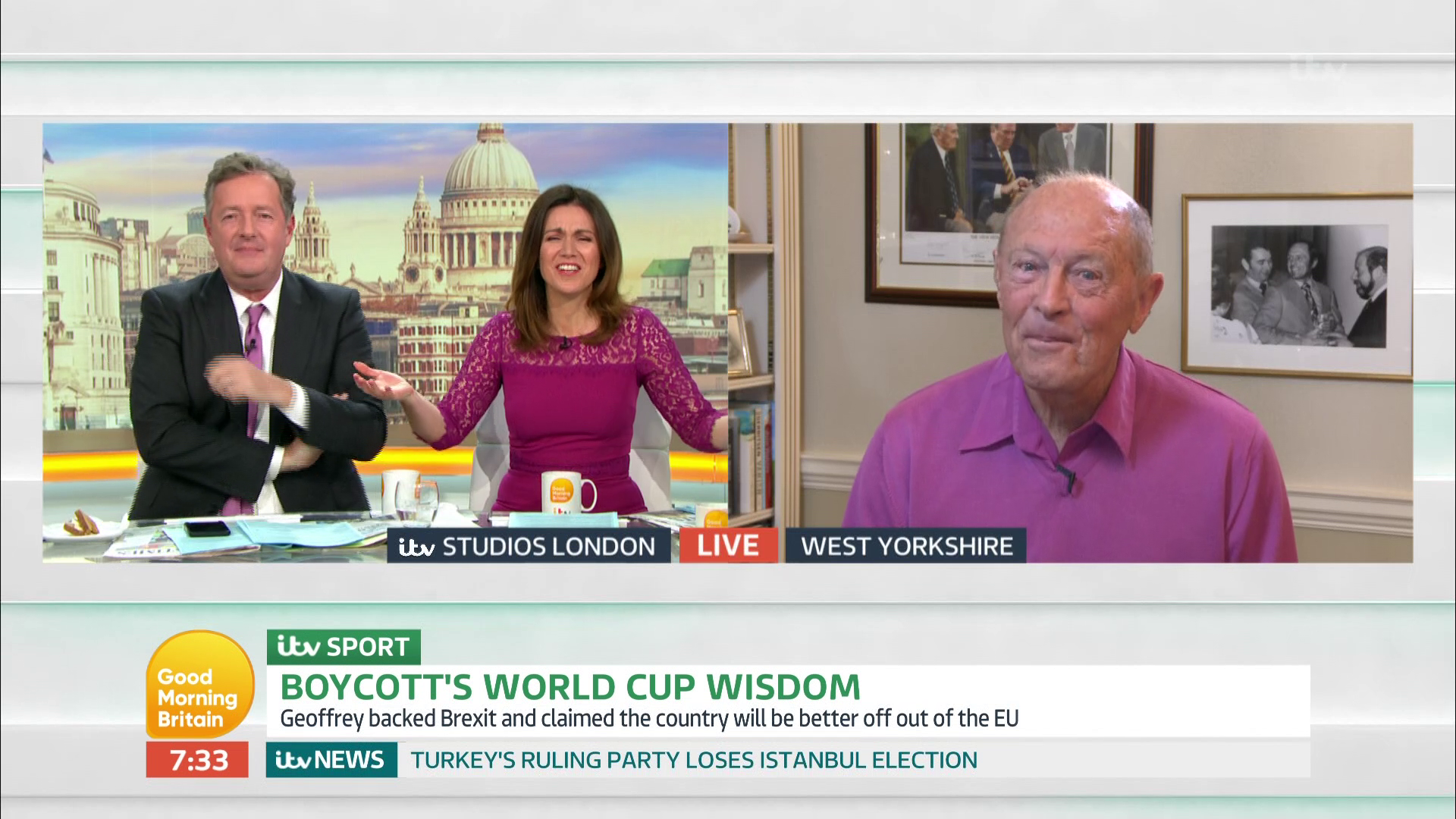 The conversation got back on track for a few minutes but took another turn when Susanna asked Geoffrey if he wanted to run for Prime Minister.

He replied: "I'm not a politician, I'm too old.

"I'm too old for you, that's the problem, Susanna."

Between splutters of laughter, Piers exclaimed: "I'm not so sure about that Geoffrey, she's quite partial to the older man." 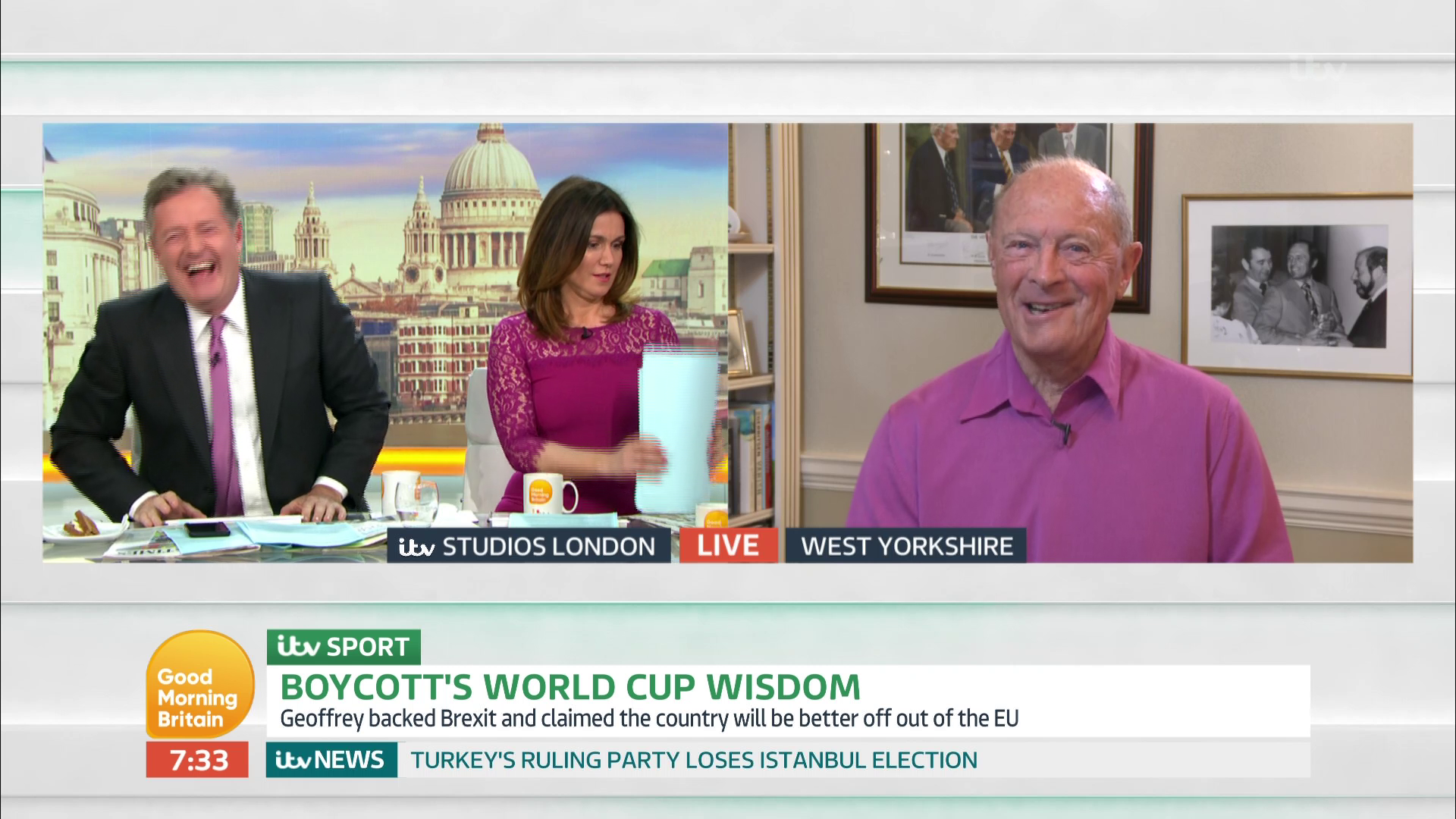 Geoffrey replied: "I'll have to look into her past."

Blushing Susanna hit back: "Apparently you are fascinated by what I have been up to", with Piers asking if the cricket icon was a fan of the presenter's.

He replied: "Yes, when I come in I want to have lunch for her."

Trying to wriggle out of it, Susanna told him: "Can I let you down a bit, I know nothing about cricket." 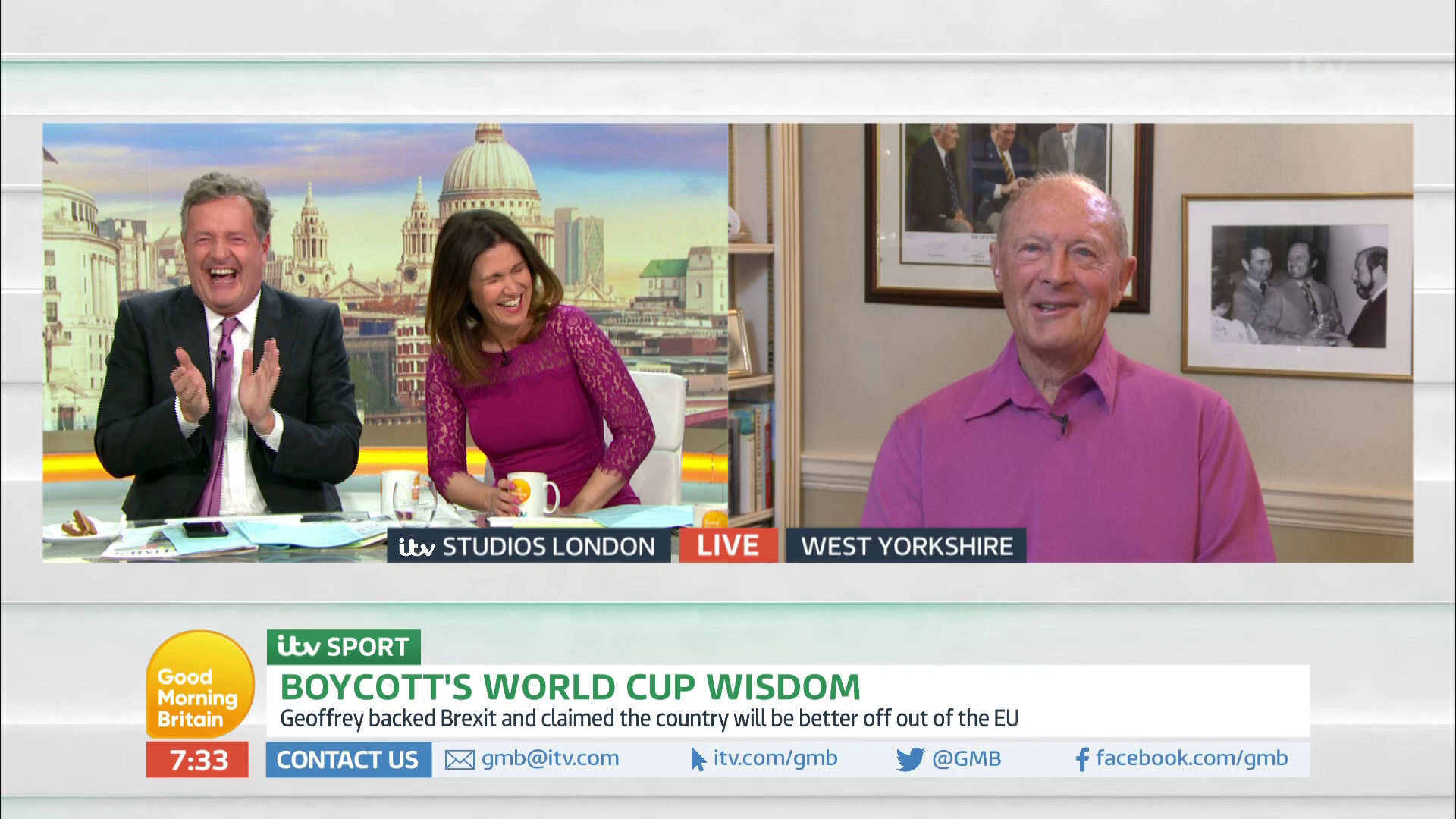 Without missing a beat, Geoffrey cheekily retorted: "Oh, I won't be talking cricket with you, Susanna."

Susanna split from Crystal Palace FC chairman Steve Parish at the end of April after nine months together, the businessman is only six years older than the star at 54.

The beauty was previously married to 51-year-old sports correspondent Dominic Cotton for 16 years.

The two broke up in 2014 and have three children together – Jack, Sam, and Finn.