Zack called out Brandi on his podcast #NoFilter With Zack Peter after she called him a Twinkie.

Brandi made the comment on her podcast Brandi Glanville Unfiltered amidst Zack’s report that she’d had separate threesomes with former RHOBH stars Kim Richards and Carlton Gebbia.

“So, when people see me, they’re like ‘oh, obviously that’s not true,’ because obviously, it looks so ridiculous,” he said, adding that the women were clearly not his type.

“If Brandi, you know, kept her mouth and her vagina closed, then rumors like this wouldn’t be spreading all over the internet,” noted Zack. 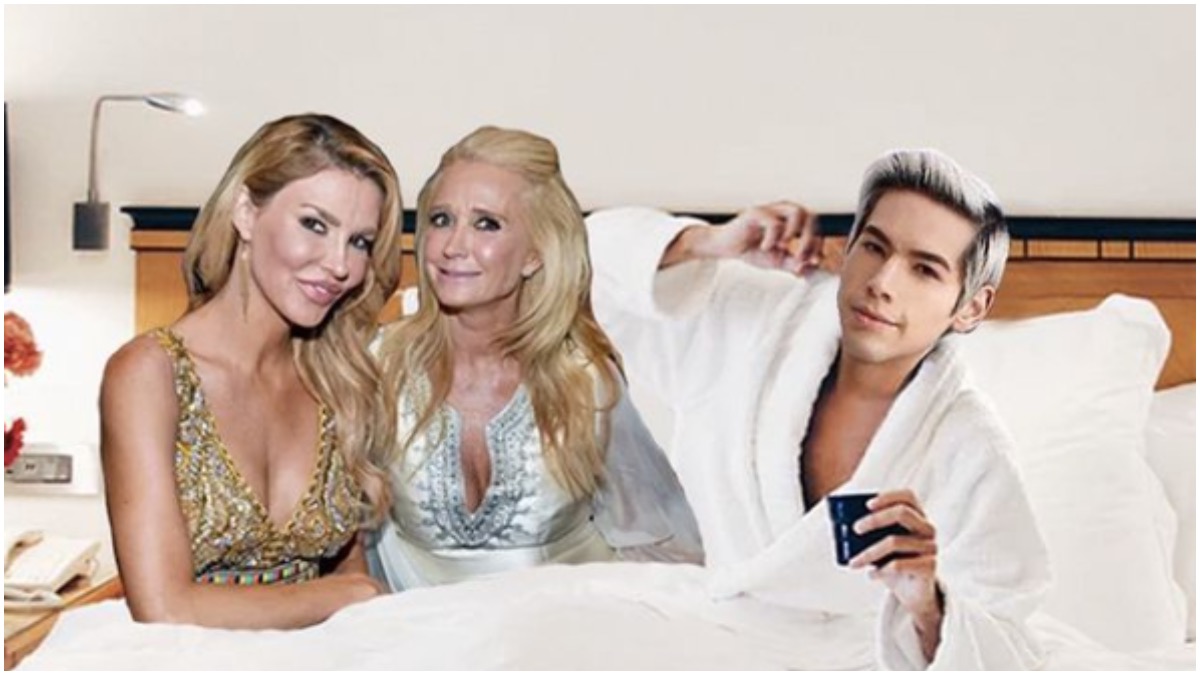 “But like, don’t call me a f*cking Twinkie. Don’t call me a delusional idiot. Like, girl, like, no. Thank you for saying that I look 12, though. That was really nice,” he said.

Zack went on to say that Brandi is thirsty, and people like her should treat bloggers and podcasters with more respect since they are the ones who are keeping them relevant.

“This community is the one that keeps you alive right now…throw us a bone because we are the ones that, you know, are feeding you right now. Let’s be real,” he concluded.

The Real Housewives of Beverly Hills is currently on hiatus on Bravo.