Simply put, the world is going through it right now. In the middle of an unprecedented pandemic, it’s hard to be anything but scared/nervous/anxious. That’s totally understandable. That’s also why it’s important to distract yourself every once in a while, and think about something other than potential doom. Enter: reruns of SNL, the ultimate diversion for what’s happening in 2020.

Here’s how you can replicate this method for yourselves: 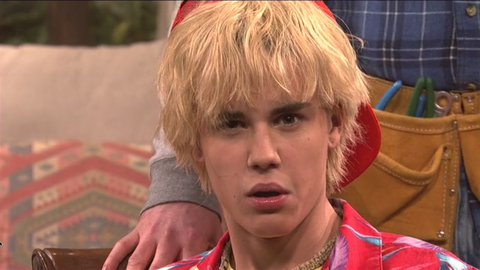 The whole point of SNL is to make light of whatever news was happening at the time. In that episode, Seth Meyers opened his “Weekend Update” segment talking about a snowstorm so bad that people got stuck in their cars on the Long Island Expressway. Drivers had to sleep in their vehicles overnight! That’s crazy, and at the time, I’m sure it was a huge deal. Sitting here seven years later, though, it seems like another lifetime. I mean, he closed that same “Weekend Update” segment talking about a NEW photo app popular amongst the youths called Snapchat. What a time to be alive!

If any of the above sounds appealing to you, might I humbly suggest the follow episodes, as a starter pack:

Obviously, nothing can erase what’s happening in the world right now, but it’s helpful to remember that we’ve been through shit in the past, and we’re still sitting here. I would bet money we’ll get through this, too. And while we’re working on getting to the other side, we might as well laugh, right?