The 21-year-old musician performed new single Party Round My Place in the Manchester shop after posting a surprise call-out to fans, to give them the opportunity to show up. 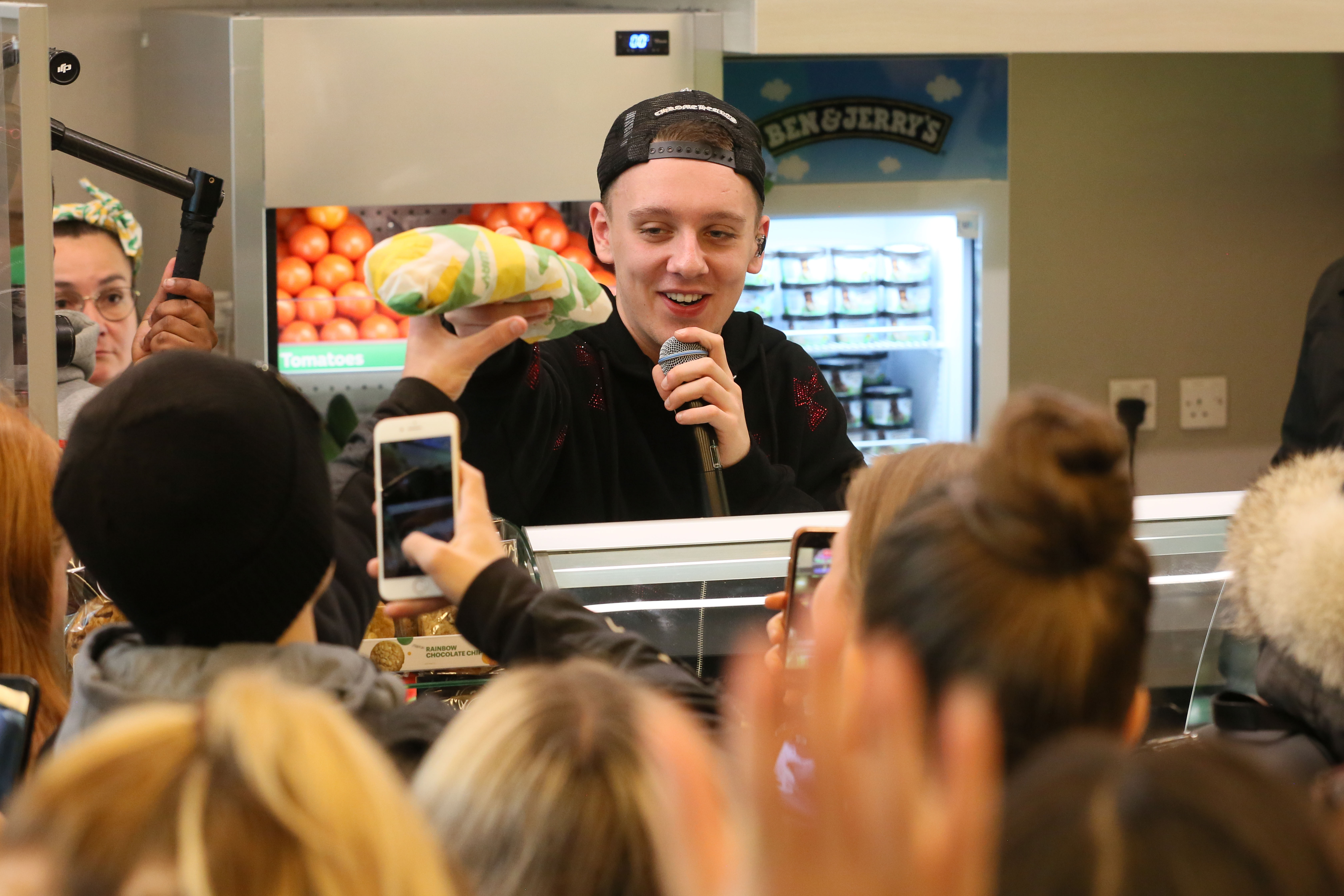 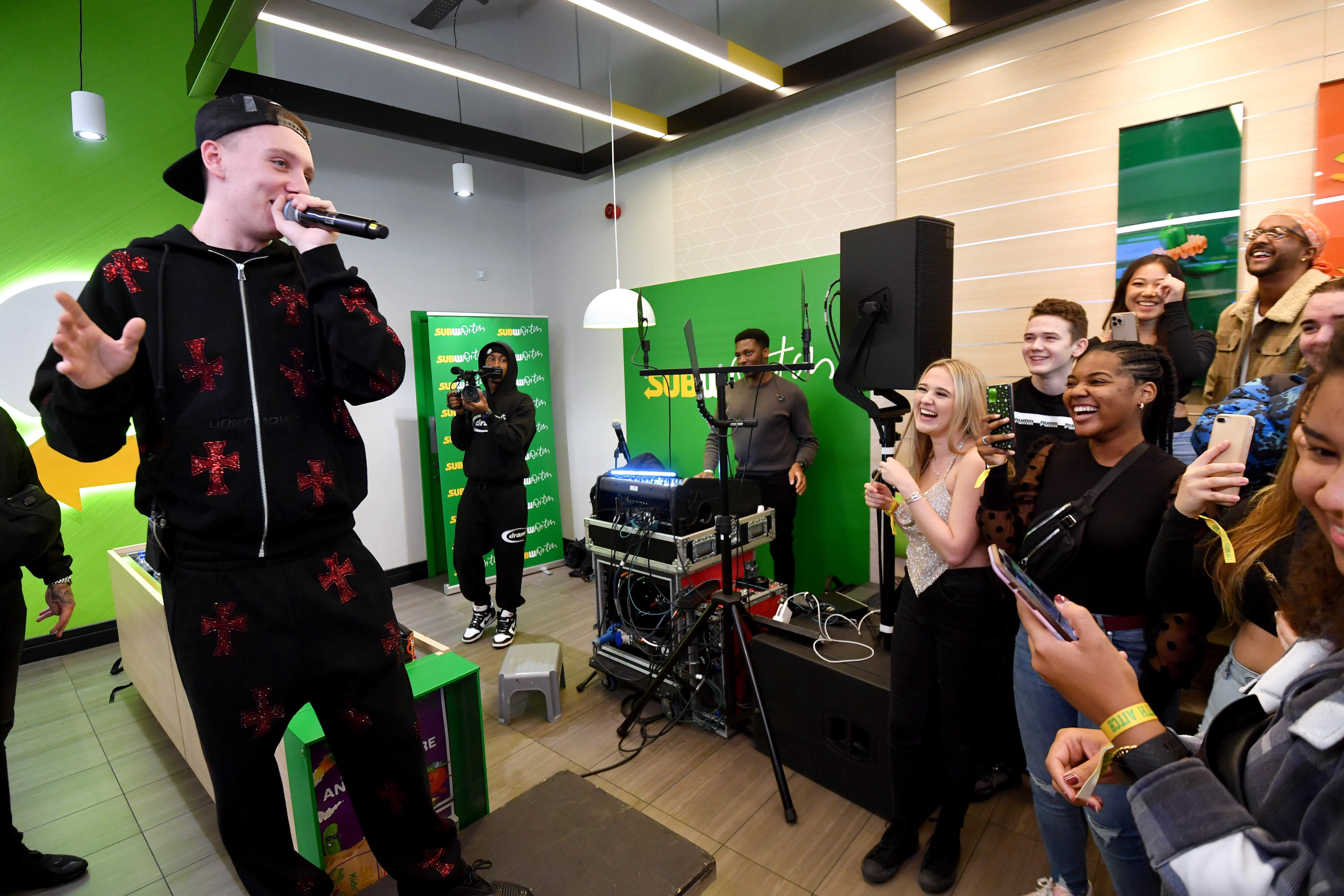 Just 25 lucky followers were allowed in-store, which was rebranded SubwAITCH for the day.

The star’s favourite customised order of the Italian B.M.T. sandwich (re-named the Aitch Footlong for the occasion) was also available so fans could order their Italian-style snack exactly the way the rapper does.

Born and raised in New Moston, Manchester chart-topper Aitch has fast become one of the UK's hottest rap stars.

He said: "I wanted to do an intimate gig for my Manchester crew and thought this would be a cool spot.

"It’s been great, big up Subway for having me down and letting me take over – and be sure to cop an Aitch sub before they all go."

Appearing on tracks with the likes of Stormzy, Ed Sheeran, AJ Tracey, Stefflon Don and Headie One, Aitch has racked up more than billion global streams and over five million worldwide record sales.

Ashleigh, an Aitch-super fan who attended the gig, said: "It was such a surprise seeing Aitch at my local Subway, I really enjoyed the gig.

"I’ve been listening to him forever, so this has really made my day."

Mays Elansari, head of marketing UK & Ireland at Subway, added: "When we heard Aitch was a Subway fan we wanted to pull off something special for his fans.

"What better way to collaborate with Aitch than to rebrand our Subway Manchester Piccadilly store especially for this surprise event and rename his favourite Subway Footlong after him!

"It’s the first time we’ve ever staged a gig in a Subway – who knows, it might not be the last." 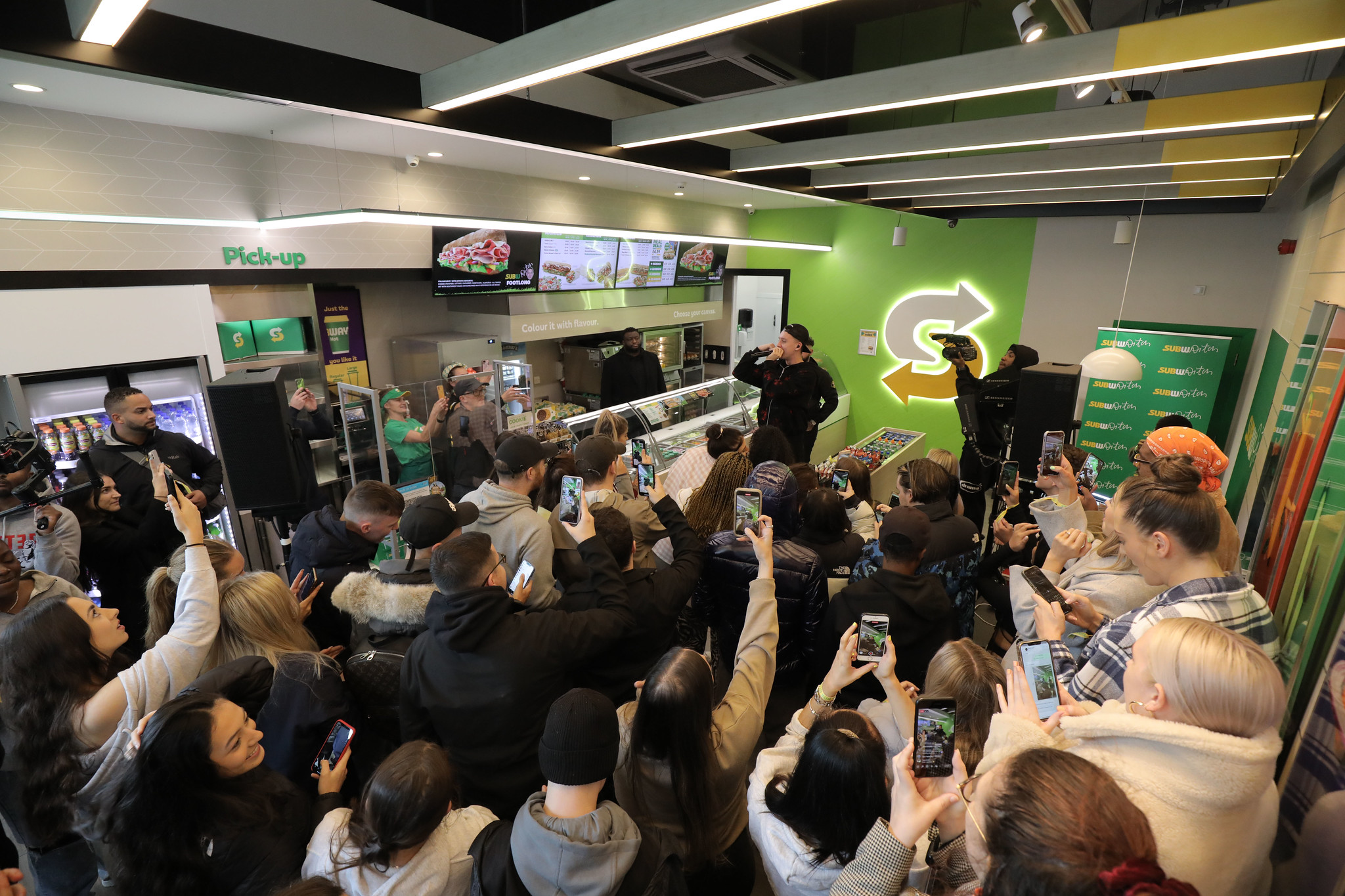