Former Discovery commissioner and co-founder of Say Yes To The Dress producer Half-Yard Productions Abby Greensfelder is on a mission to create more female-led stories in the non-scripted space.

Greensfelder set up Everywoman Studios after she left Red Arrow-owned Half-Yard and is now in the middle of putting together a slate of projects, including a soccer doc for HBO Max, a cooking series featuring immigrant grandmothers and a cult doc series from Eva Orner.

“My plan is to create stories by and about women, especially in spaces where we don’t typically see women in content,” she told Deadline. “I programmed Discovery, which was a male skewing channel, and there were all of these spaces such as sports, the outdoors, science, exploration, space and none of them had any women in these shows. All these years later, I wanted to find stories that appealed to everyone, they’re very commercial but can change the culture needle for women.”

Greensfelder (below) was at the forefront of what she calls “channel chow” – high-volume series such as TLC’s Say Yes To The Dress that ran for dozens of episodes a year across multiple seasons for a plethora of cable networks.

But she’s seen a swing over the last few years towards premium feature docs and high-end series and believes there’s an opportunity, particularly in streaming, to populate these with female-focused stories. 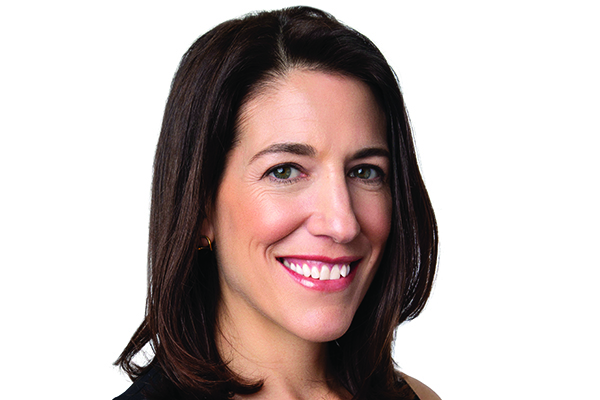 “When I launched Half Yard, I [had been] buying Deadliest Catch and Mythbusters, spawning a cottage industry of super producers and I thought I could do that. There was a market for high-volume, non-fiction shows for a very hungry cable audience. It wasn’t until years later when I sold the business and looked at what was happening culturally, that I felt that there was a market need and a consumer need that had caught up to the insight I had back in my 20s, which was, all of a sudden, networks saying we need different people to tell these stories.”

The company’s first project is LFG, a feature doc for HBO Max, that tells the inside account of the U.S. women’s national team’s ongoing fight for equal pay as told by Megan Rapinoe, Jessica McDonald, Becky Sauerbrunn, Kelley O’Hara and Sam Mewis. The film is directed by Oscar winners Andrea Nix Fine and Sean Fine and Greensfelder produces in association with Propagate Content and CNN Films.

One of the ways that it is looking to elevate its projects – premium has become an overused phrase by the entire television industry – is by working with creative filmmakers and directors.

For instance, it is working with Bikram: Yogi, Guru, Predator director Eva Orner on docuseries Apostate. The series, which originated from Kelly Sallaway, who also exec produces, is a deep dive into the FLDS, widely considered one of America’s most powerful and fastest growing cults, run by polygamist sect leader Warren Jeffs. The series is being told through those that recently left including Jeffs’ 65th wife.

“It could be a channel chow cult series on cable but we have this incredible access so we decided to attached Eva Orman, who is obsessed with cults and has an incredible visual sense. It’s the same content, same show that could work on any crime channel as a stripped thing but we’re elevating it with the artful storyteller and pitching out as a bingey three or four parter,” Greensfelder said.

Everywoman Studios is also developing a series featuring immigrant grandmothers cooking in New York. Greensfelder said that it gives a more authentic view of the genre. “It shows us the side of the power of women in food that we don’t see,” she added.

Elsewhere, Greensfelder wants to find the Mythbusters for women for Lara Croft/Tombraider-style characters that could work on television.

She said that there’s a way to make almost any genre high-end, highlighting that Netflix’s Selling Sunset is a premium version of Bravo’s Million Dollar Listing.

“When I started the company, I thought we’d be doing more [feature docs], and while streamers and linear networks need the shiny tentpoles, they’re also finding they need the always on content because unscripted has been a ballast against drama and scripted, which is so expensive. A lot of the premium market started with these limited four part shows and I think there will always be a market for those and we’re developing some things in that bucket, but I think there will be an increasing need for the Say Yes To The Dress for the premium market,” she added.

Having run a big production company with volume, I’m interested in having the nimbleness and flexibility to do these projects and have them live in the way that they want – let’s create slate. Now we’re out.

Greensfelder said that she’s enjoying the flexibility and nimbleness provided by her new business. “I believe that if more women run production companies, and more diverse production companies the pipeline of ideas getting to networks will be more interesting,” she added.