Speaking on “Loose Men”, a spin on the usual ITV daytime show Loose Women, Richard was on the panel alongside Martin Kemp, Jordan Banjo and Robert Rinder. At one point he told a story about an experience he had last year on Good Morning Britain which saw him trending all over Twitter.

He said: “This got so much attention. It was 3.30 in the morning. I had my face all dry from shaving. I put on some moisturiser, got in the car, drove in.

“Fast forward to eight o’clock, and I could hear the director in the gallery whispering to people and there was giggling going on.”

The 65-year-old had no idea what people were finding so funny, but he would soon realise it was him.

He continued: “We got put into a break and I said ‘What are you laughing at?’ 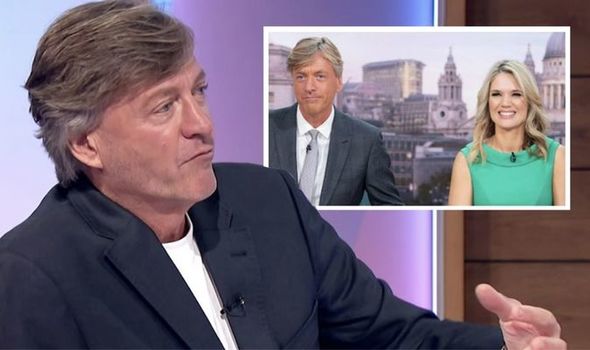 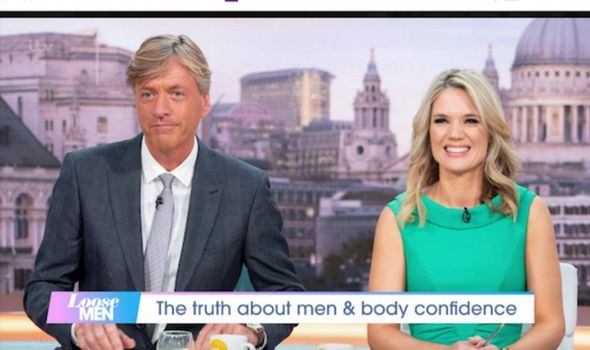 “And I was doing a Donald Trump. And it turned out, what I’d done is at three in the morning, I’d put my daughter’s artificial tan on.”

He added: “It was strong stuff – it was factor – god knows what – and it really looked bad. It was humiliating.”

Richard has been a substitute on ITV’s Good Morning Britain since 2017, so he occasionally appears next to the other main hosts. 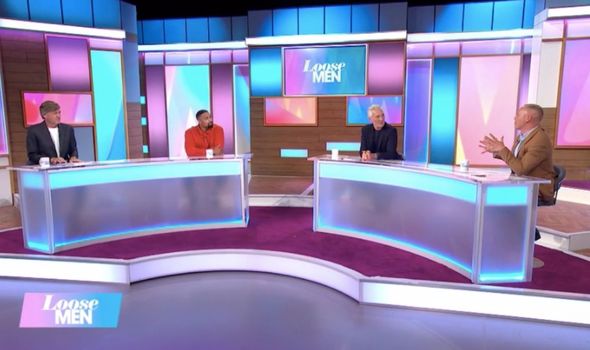 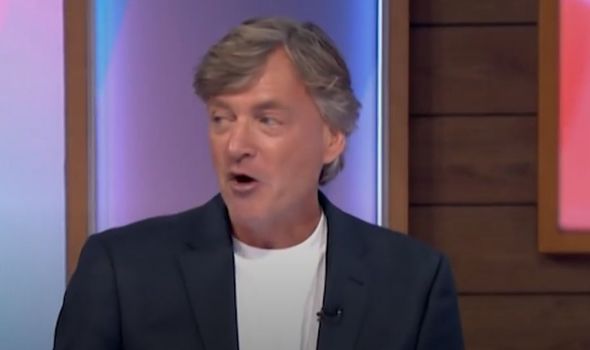 The “Loose Men” on Thursday’s show discussed an array of topics affecting men, from mental health to body confidence.

The episode was a hit with viewers, with many finding the new faces on the panel a nice change.

Taking to Twitter, one person said: “This is an excellent idea & great panel. Richard is a perfect lead presenter & Rob for intelligent considered viewpoints. I welcome the way you’re varying the panels. It’s a good to hear from people from all different backgrounds. Maybe you should include a member of public too!”

“A breath of fresh air seeing the loose men for a change. Think its a great idea to talk about men’s problems that men wouldn’t normally open up about. Richard Madeley is a great host,” a different person added.

A fourth said: “Myself and my wife were only the other week saying what a great idea this would be! It can only be positive for men and women and I hope it gets the message across that men need to talk about their issues as much as women do. Best of luck!”

Elsewhere in the show the men shared a word they had written which they thought should be discussed.

Robert’s word was shame, and he explained: “That in a nutshell is what society tells us, conscripts us into believing what a man should be.

“It’s the dark matter that prevents men from reaching out for help, their physical health or their mental health, from being themselves and of course I speak about this as a gay man growing up around that word.

“And all of the emotional violence it does to so many people.”