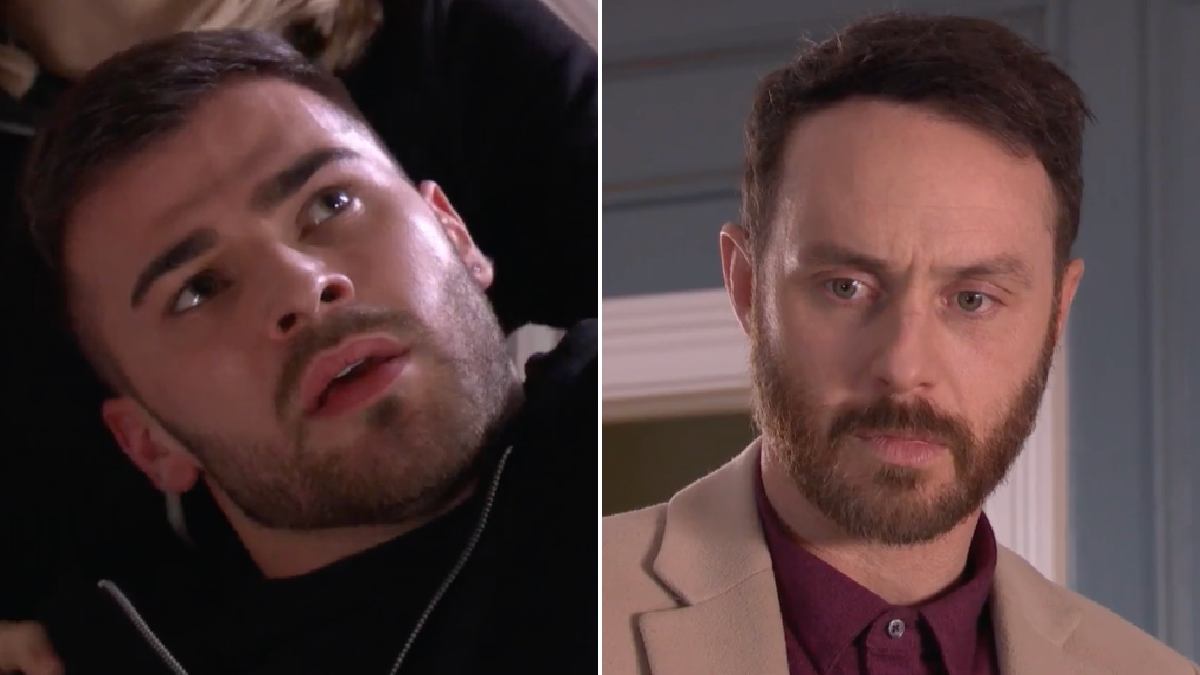 Romeo Nightingale (Owen Warner) was left fighting for his life in Hollyoaks after a scuffle with dad James (Gregory Finnegan) resulted in a serious injury.

James, as viewers know, has been spiralling out of control since Marnie’s (Lysette Anthony) death earlier this year.

He disowned his nearest and dearest, kicked them out of his home, and subsequently quit his job after colleague Verity Hutchinson (Eva O’Hara) found out that he’d been overcharging clients.

Donna-Marie Quinn (Lucy-Jo Hudson) has made it her mission to help James through his grief, and thus – in a bid to prevent him from gambling – she considered locking him in his room for a number of weeks.

Romeo assisted her with the plan, as they acquired the key to his home courtesy of John Paul McQueen (James Sutton), and after gaining entry, they took several possessions out of James’ room, such as phones and laptops to prevent him making contact with the outside world.

Oh, and an ornament was removed as well.

James, however, returned home before they could complete their mission, and he demanded that they come clean about what it is that they were up to. Donna-Marie ultimately filled him in, and it’s safe to say James found the whole thing rather amusing.

Romeo, meanwhile, took the opportunity to deliver a few home truths, and told him that Marnie would be ’embarrassed’ by his actions over the past few months.

James proceeded to make tracks, but not before grabbing a bottle of alcohol. Donna-Marie, determined to prevent him from taking the booze, grabbed the bottle, and a scuffle ensued.

Romeo came to his mum’s aid, holding James back, but an altercation took place, as James desperately tried to free himself from Romeo’s grasp.

Tragedy struck, however, as James pushed Romeo to the floor, and he landed on a the aforementioned ornament, which pierced his skin.

Juliet (Niamh Blackshaw) telephoned for an ambulance, informing the emergency services that her brother had been stabbed, while Donna-Marie cradled her son, telling James she will never forgive him for what he’s done.

Will Romeo be okay?

Hollyoaks continues Friday May 6 at 7pm on E4, or catch the next episode from midnight on All4.