Princess Beatrice tied the knot with her Italian partner Edoardo Mapelli Mozzi in a secret ceremony on Friday at Windsor. Their wedding was confirmed by Buckingham Palace that day with two photos of the happy couple shared on Saturday morning. In one Princess Beatrice and Edoardo could be seen standing at a distance from the Queen and Prince Philip while another showed the couple leaving the chapel where they married.

Unlike other official photographs from royal weddings, the couple’s parents were missing from the snaps.

Prince Andrew was shunned by the royal photos after he stepped back from royal life last year.

Princess Beatrice’s father stepped down from royal duties as he faces ongoing questions about his links to convicted sex offender Jeremy Epstein. 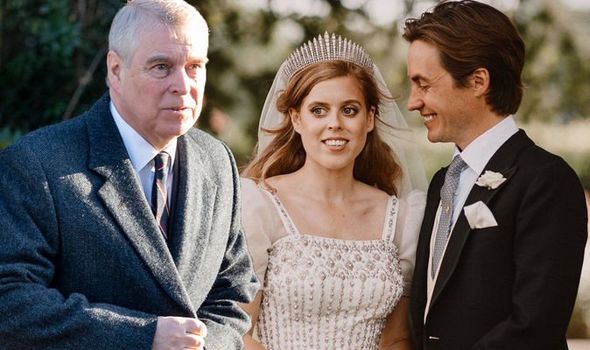 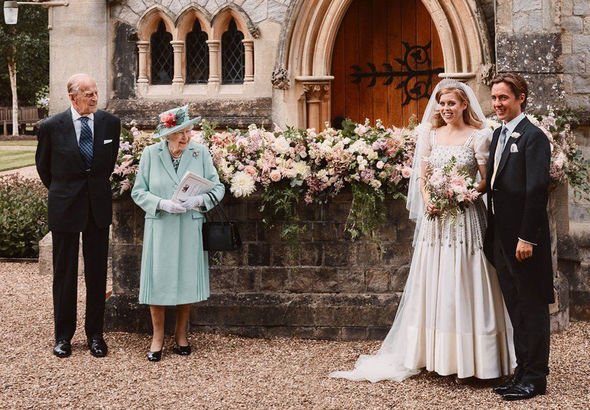 Talking about the Duke’s absence from the wedding photos on Lorraine, royal expert Russell told host Christine Lampard it was due to his “toxicity”.

“I think we all were taken by surprise,” Russell commented. “They took us all by surprise that Princess Beatrice married her Italian partner Edoardo Mapelli Mozzi on Friday in a secret ceremony that had been planned in just two weeks I understand.

“It was the ultimate borrowed for the wedding, she had a dress borrowed from the Queen. Even the tiara was loaned by the Queen on her wedding day.

“The dress that the Queen wore back in 1962 at the premiere of Laurence of Arabia.” 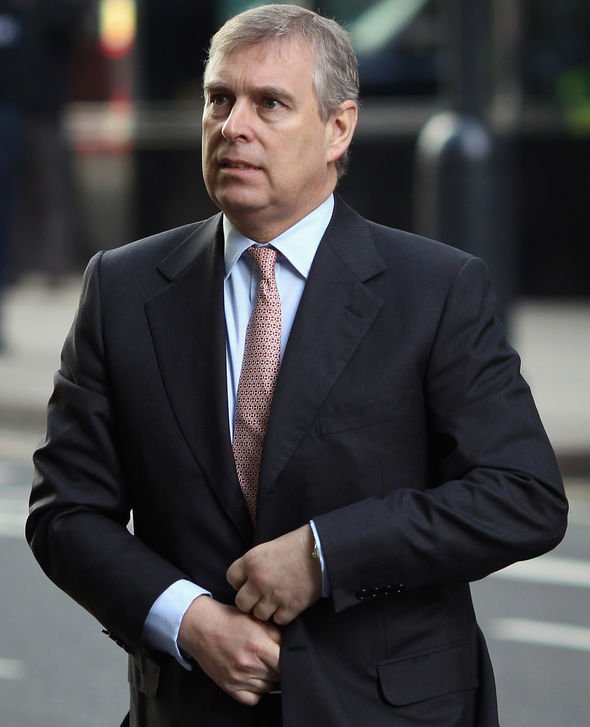 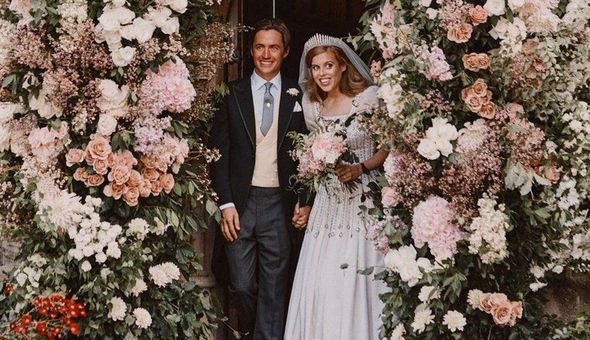 “But something that was missing was Prince Andrew, the bride’s father was conspicuously absent from any of the photographs such is his toxicity.

“But we did see him driving afterwards and it’s been back to reality for Andrew after the joyous occasion at the weekend.”

Princess Beatrice wore a vintage Peau De Soie taffeta dress by Norman Hartnell, which was borrowed from the Queen, for the ceremony.

She also wore the fringe tiara, which was also borrowed from the Queen.

Several images taken by Benjamin Wheeler from the wedding have been shared with the public on social media.

The latest, which were shared yesterday, showed the Princess and her new husband holding hands outside the chapel where they were married.

A message accompanying the images from Buckingham Palace read: “Her Royal Highness Princess Beatrice of York and Mr Mapelli Mozzi have been touched by the warm wishes they have received since their wedding, and are delighted to share two additional photographs of their happy day.”

Following the news the couple had secretly married, Buckingham Palace explained it was held within government guidelines.

Lorraine airs weekdays on ITV at 9am.