Russia’s Manizha Sangin performed in the semi-finals on Tuesday (May 19) and managed to be selected among the 10 countries voted to go through to Saturday’s show. The first of the Eurovision semi-final aired on BBC Four, but viewers are still discussing the singer’s huge dress, and are keen to see more of the act on the weekend.

Manizha, 29, was dressed in a Russian doll-inspired outfit, which she stepped out of halfway through the performance.

Viewers immediately took to social media to comment on the stunt.

One said on Twitter: “Yessss my new winner absolutely slayed! This performance screams quality. From the quirky opening sequence with the dress to Manizha’s confidence to the final part with all the Russian women singing together, I’ll be completely surprised if this NQs. #Eurovision.”

Another wrote: “Russia the favourite so far with the babushka dress on wheels closely followed by Sweden’s virtual backup dancers Flag of Sweden#sbseurovision #Eurovision.” 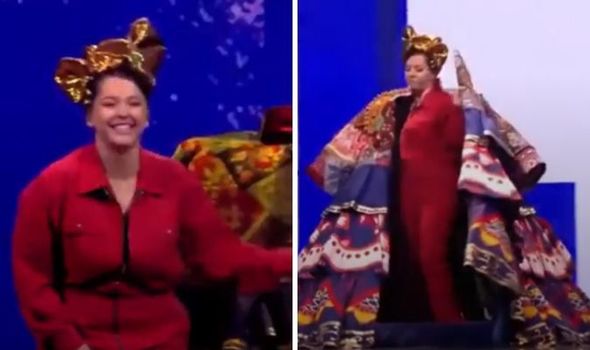 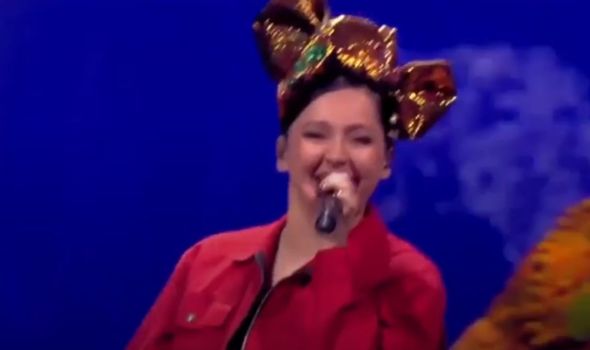 Another joked: “I think a dozen back up dancers were trapped inside Russia’s big dress #Eurovision #Eurovision2021.”

“Omg that clunky dress reveal from Russia would win you a US Drag Race finale tbqh #Eurovision,” a fourth commented.

For one enthusiastic viewer, the dress was enough for the country to win as they said: “RUSSIA FOR THE WIN FOR THE DRESS STUNT ALONE #Eurovision.”

“What is that dress Wowza! @Eurovision #Russia #RUS #Eurovision,” another fan said. 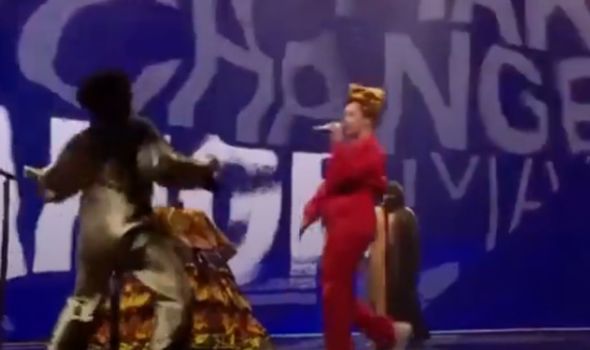 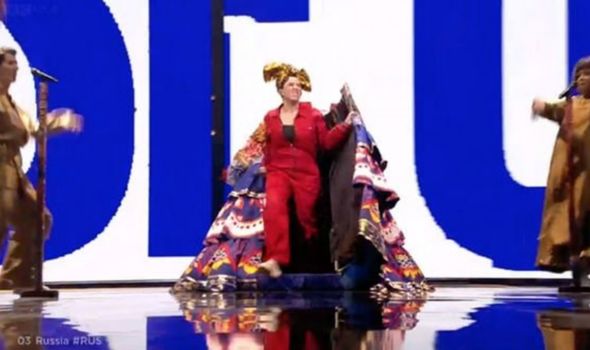 Talking about the song she performed, Russian Woman, Manizha said: “This is a song about the transformation of a woman’s self-awareness over the past few centuries in Russia.

“A Russian woman has gone an amazing way from a peasant hut to the right to elect and be elected (one of the first in the world), from factory workshops to space flights.

“She has never been afraid to resist stereotypes and take responsibilities. This is the source of inspiration for the song.

“By coincidence, I wrote it on March 8, 2020 while on tour, but for the first time I performed it was a year later.”

The current favourites in terms of betting odds include Italy, France and Malta.

Jessica O’Reilly of Ladbrokes said: “It’s tight at the top of the betting between Italy and France, with Malta, Cyprus and Iceland all close behind.

“However, it looks like it’s going to be another disappointing night in Europe for the UK.”

The UK’s James Newman has been given odds of just 100/1 to be victorious on Saturday.

A total of 39 countries showcased their entry acts on Tuesday, and making it to the final alongside Russia was Azerbaijan, Belgium, Israel, Lithuania, Malta, Cyprus, Norway, Sweden and Ukraine.

The semi-finals continued on Thursday, with Albania, Bulgaria, Portugal, Iceland, Moldova, Poland, San Marino, Serbia, Finland and Switzerland all qualifying for the final.

They will join the “Big Five”, the UK, France, Germany, Spain and Italy, who all get an immediate place in the final.

The Eurovision Song Contest will air on BBC One at 8pm on Saturday.