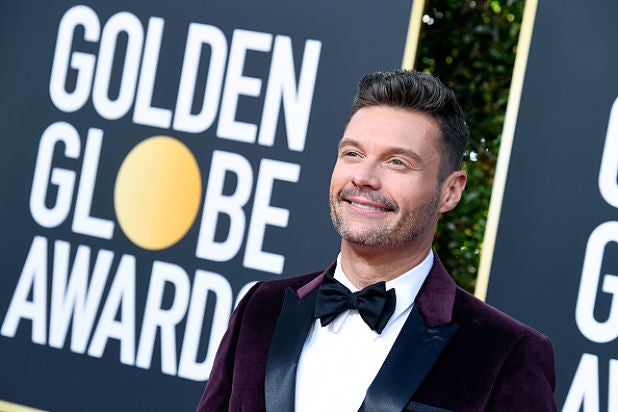 This may come as a huge shock, but Ryan Seacrest will return as host for ABC’s third season of “American Idol,” the network announced on Friday.

Seacrest, who has hosted the singing competition series since its debut in 2002 and Fox (though at that point he was a co-host with Brian Dunkleman), will return alongside judges Luke Bryan, Katy Perry and Lionel Richie. In-house mentor Bobby Bones is also back.

“‘American Idol’ has been my home for 17 seasons and I can’t wait to return to the stage,” Seacrest said. “It’s the greatest gift to be able to play a part in discovering new talent with a franchise that has been such a relevant part of American culture for so many years.”

“We are delighted that our entire ‘Idol’ dream team will be reuniting for the upcoming season on ABC,” Karey Burke, president, ABC Entertainment, said. “Ryan has been hosting ‘Idol’ since the beginning, and the energy and enthusiasm he brings to the show after 17 seasons are remarkable. We can’t wait to see what’s in store as Ryan, our superstar judges and in-house mentor set out on their nationwide search for the next great music sensation.”

The third season of ABC’s “American Idol” will premiere sometime in midseason.