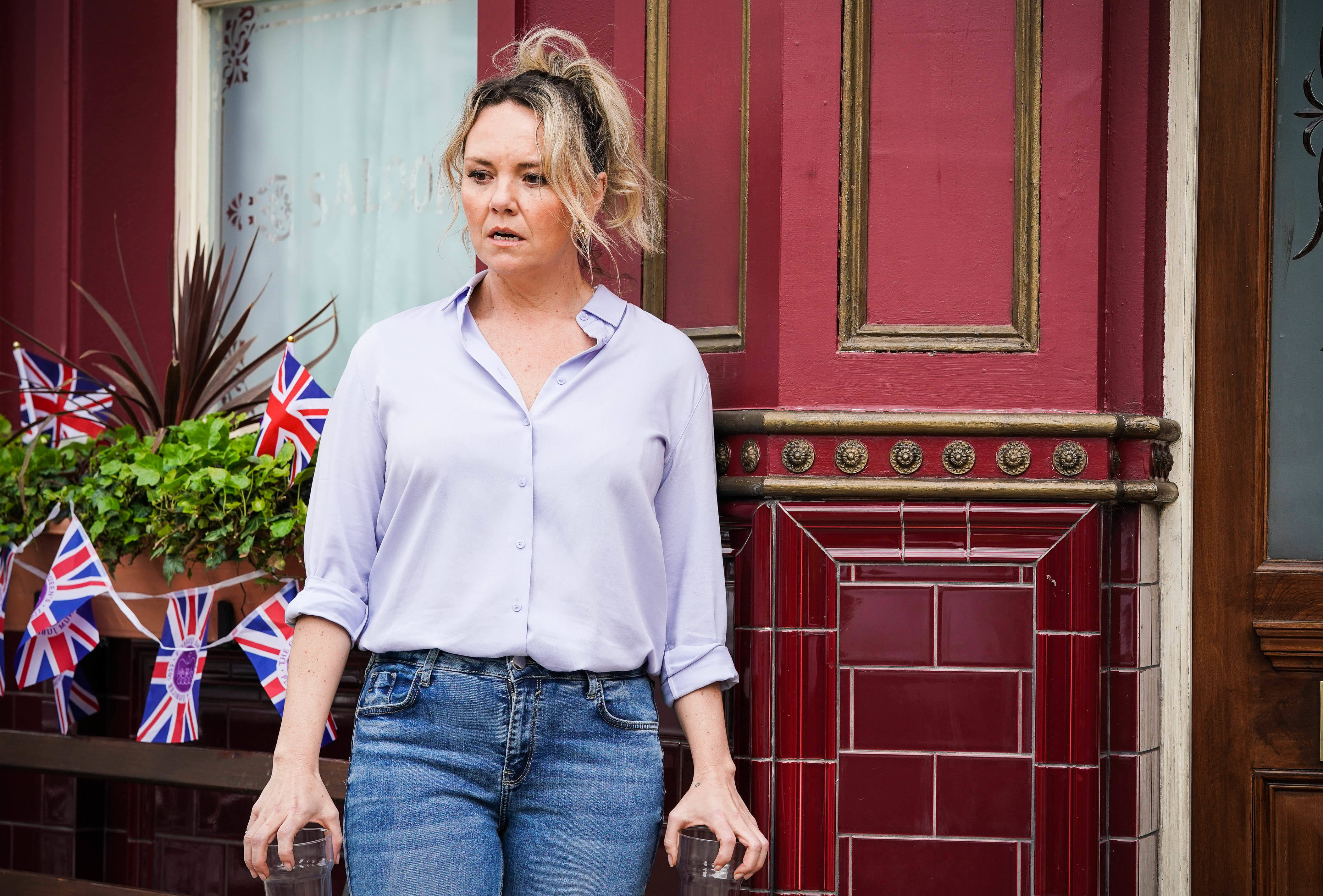 When Janine woke up after the event, she decided to drag Linda to the driver’s seat of the car, determined to make it look as though she was the one driving.

Her cover story forming in her mind, Janine returned to Albert Square, cleaned her injuries and dumped her bloodied clothes.

As a new week begins, Janine is thrown when Scarlett points out the cut on her head to Sonia (Natalie Cassidy).

Her nerves hanging by a thread, Janine soon realises Scarlett is onto her and later, the young girl concludes her mum was involved in the car crash.

The next day, Scarlett interrogates Janine about her actions and realises what her mum did to Linda.

Janine pleads with her not to tell Mick, but Scarlett is having none of it and later goes to the pub.

But what will Scarlett say?

Will Scarlett destroy Mick and Janine’s relationship if she reveals the truth?