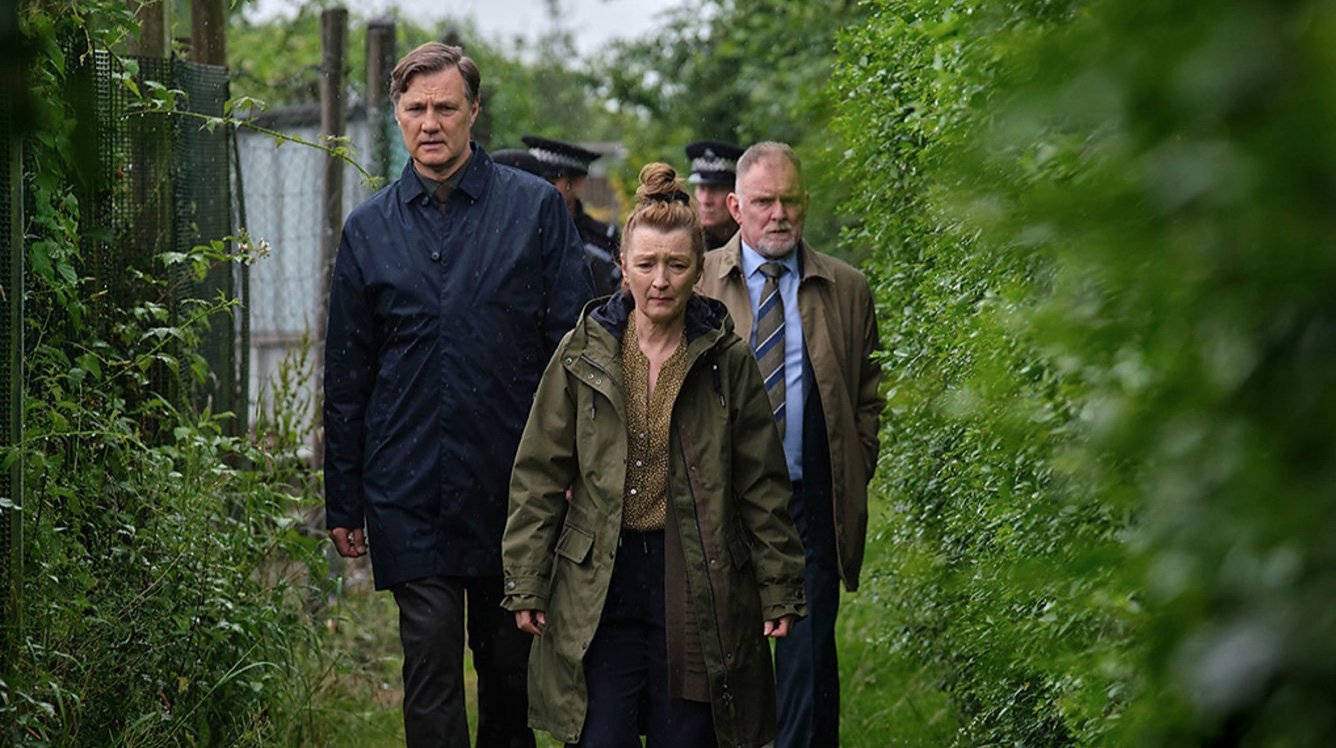 The new drama Sherwood kicks off tonight on BBC One, based on devastating killings that occurred in writer James Graham’s Nottinghamshire hometown.

James was a student in 2004 when his community was rocked by two killings and a massive manhunt, which saw police forces return to the county for the first time since the miners’ strikes in the mid-1980s.

David plays detective Ian St Clair, who is drafted in to help investigate two unexpected and shocking killings in the town.

He is paired up with a police colleague at the Met in London to try and solve the apparently unconnected murders that occur across the six episodes.

Here’s everything you need to know about the context of the drama, inspired by real-life events.

Is Sherwood based on a true story?

At the beginning of episode one, viewers will be told on-screen: ‘This story was initially inspired by two killings which took place in the Nottinghamshire mining community where the author grew up.

‘For the purposes of dramatisation, the characters and events have been fictionalised.’

In 2004, Robert Boyer shot Keith Frogson with a crossbow on his way home from the pub, after an argument over strikes.

At the same time, police were searching the area of Annesley Woods for Terry Rodgers, who was wanted in connection with the murder of his daughter, Chanel Taylor.

It was weeks before police found and arrested both men.

Writer James has already addressed how important the story is to him, having been inspired by events that occurred in his hometown.

He said: It’s hugely personal to me and inspired in part by real events in my hometown in Nottinghamshire. It is a contemporary drama and at its heart are two devastating killings which spark a massive manhunt and shatter a community that is already fractured after the divisive effect of the miners’ strike 40 years before.

‘I hope, and I say this as someone who was deeply affected by the story and the real killings that in part inspired the series, it will shock but also move and entertain and carry an audience through every week via the questions and all the mysteries that this story throws up.’

He also worked with many of the people who were involved to make sure the drama did them justice.

‘We’ve been in consultation with the real people throughout. The first victim’s family in particular have been through this with us, and we have a really good relationship.

‘I think they’ll be the first to admit that reliving this is very hard for them, but that’s why we wanted them to lead that experience,’ James said.

Is Sherwood a real place?

Sherwood is set in the Nottinghamshire village that James himself grew up in.

Sherwood itself is, indeed, a real place, and is particularly famous because of its historic association with the legend of Robin Hood.

In the 1200s, Sherwood covered about 100,000 acres, which was a fifth of the entire county of Nottinghamshire.

It also lends its name to the Sherwood Parliamentary Constituency, with Leader of the House of Commons, Conservative Mark Spencer, the current MP.

Sherwood begins tonight at 9pm on BBC One.