SOUTHERN Charm's Kathryn Dennis has landed in hot water with Bravo execs after she sent a monkey emoji to radio host Mika Gadsden, and claimed it was offensive to be called "white people."

In a series of messages sent over social media to Tamika, Kathryn wrote: "Why are you calling us 'white people?' that is so racist." 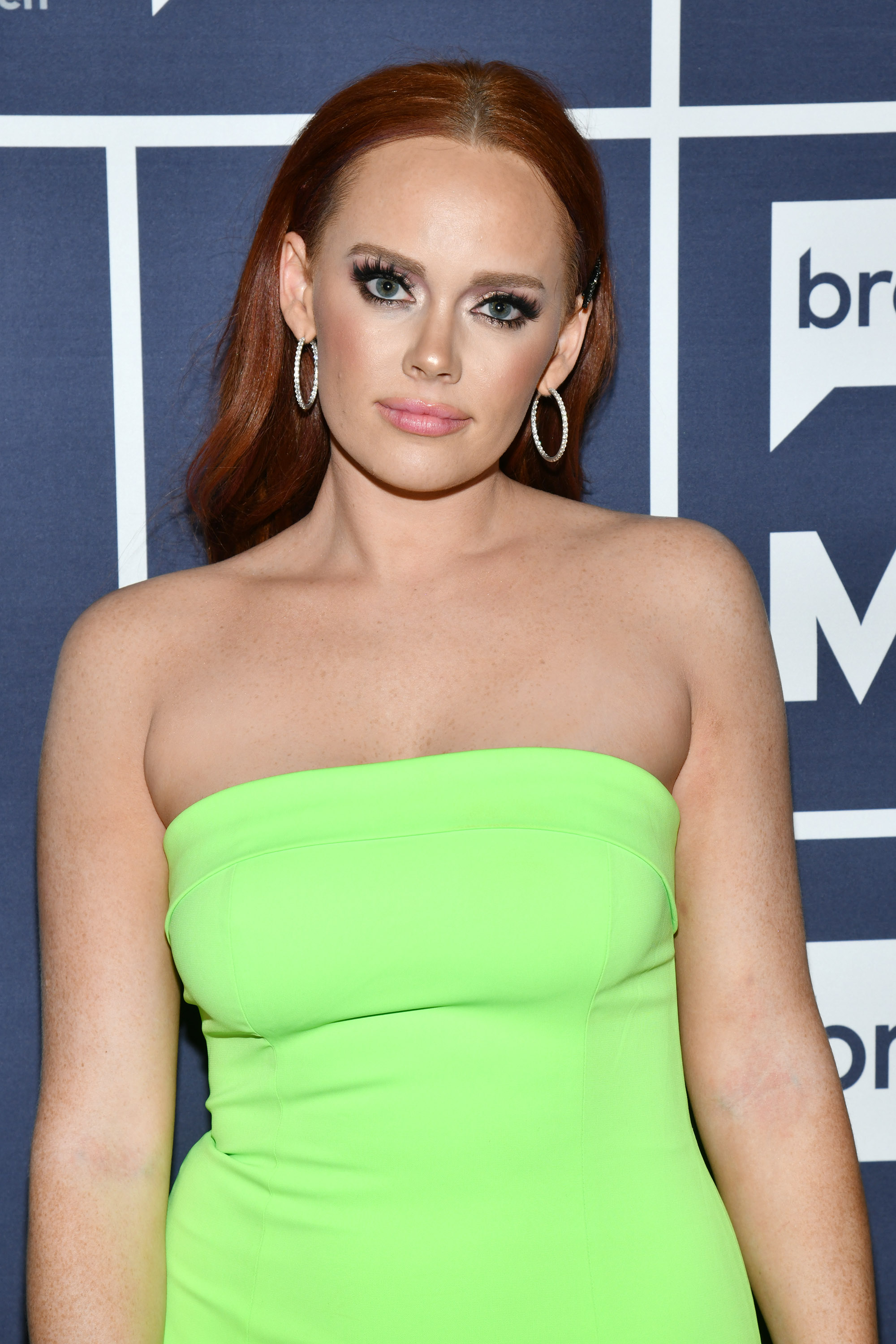 "Ha dude u are crazy," she continued before sending the animal emoji and calling on Tamika to "grow a pair."

The messages came after Mika called out a beauty salon owner in South Carolina who had decided to host a "Trump boat parade" amid the ongoing coronavirus pandemic.

"In Charleston you learn, fairly quickly, that the face of White Supremacy resembles that of the boutique-owning, gatekeeping glitterati," Mika wrote on Twitter.

"This is Katie Shields, owner of Mylk Bar in Mt. Pleasant. She's organizing a Nautical MAGA rally with her friends. Katie is reprehensible." 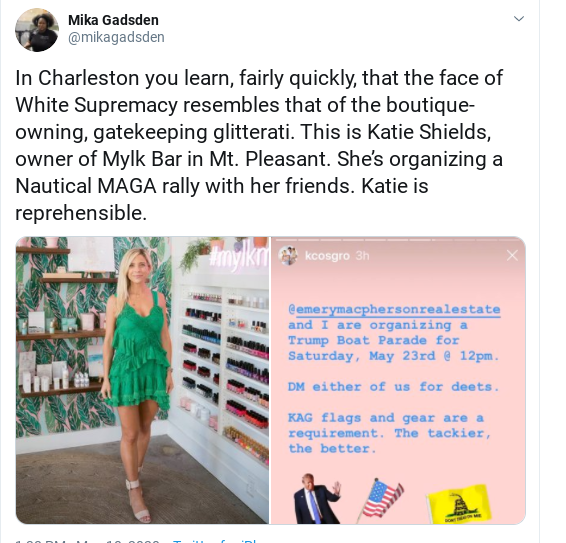 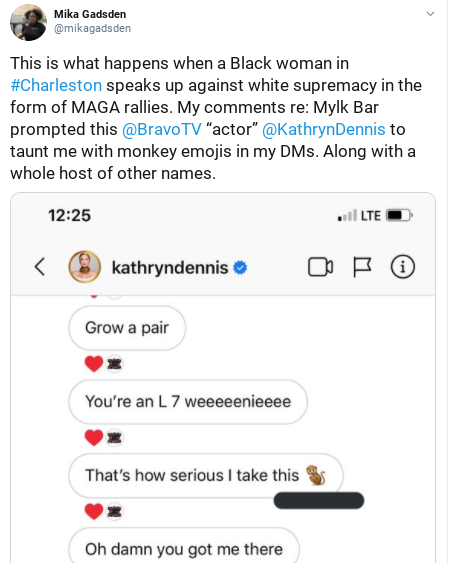 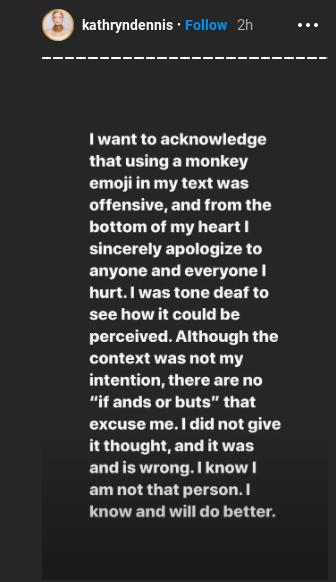 Kathryn has since apologized for her comments, and in a statement on Instagram, Kathryn wrote: "I want to acknowledge that using a monkey emoji in my text was offensive, and from the bottom of my heart I sincerely apologize to anyone and everyone I hurt.

"I was tone deaf to see ow it could be perceived. Although the context was not my intension, there are not "if ands or buts" that excuse me.

"I did not give it thought, and it was and is wrong. I know I am not that person. I know and will do better."