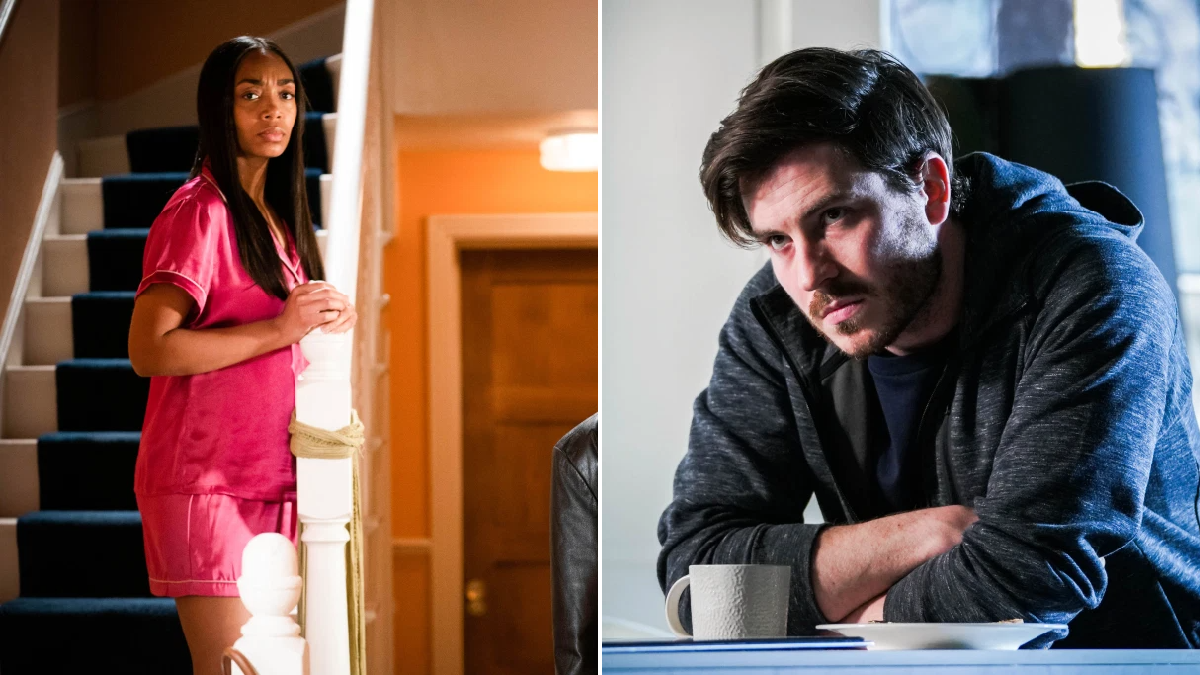 Ever since Kush Kazemi’s (Davood Ghadami) death, concerns about who will become Gray Atkins’ (Toby-Alexander Smith) next victim have continued to rise.

After some recent flirtatious scenes with Chelsea (Zaraah Abrahams), could Gray end up killing her after she discovers his murderous secret?

The police take Chelsea in for questioning over the possession of stolen goods, much to everyone’s shock.

Jack (Scott Maslen) advises Chelsea to get a lawyer and suggests asking Gray.

Chelsea visits Gray and asks him out for lunch.

As they sit down to lunch, Chelsea begins flirting but as soon as she brings up her real motivation, Gray momentarily sours. Eventually, he agrees to represent her.

During a chat with Sheree (Suzette Llewellyn), Chelsea explains that with Gray as her solicitor she will be fine, and she won’t need to pay if she continues to flirt with him.

As they head out for a drink together, how much danger is Chelsea in as she spends time with Gray?