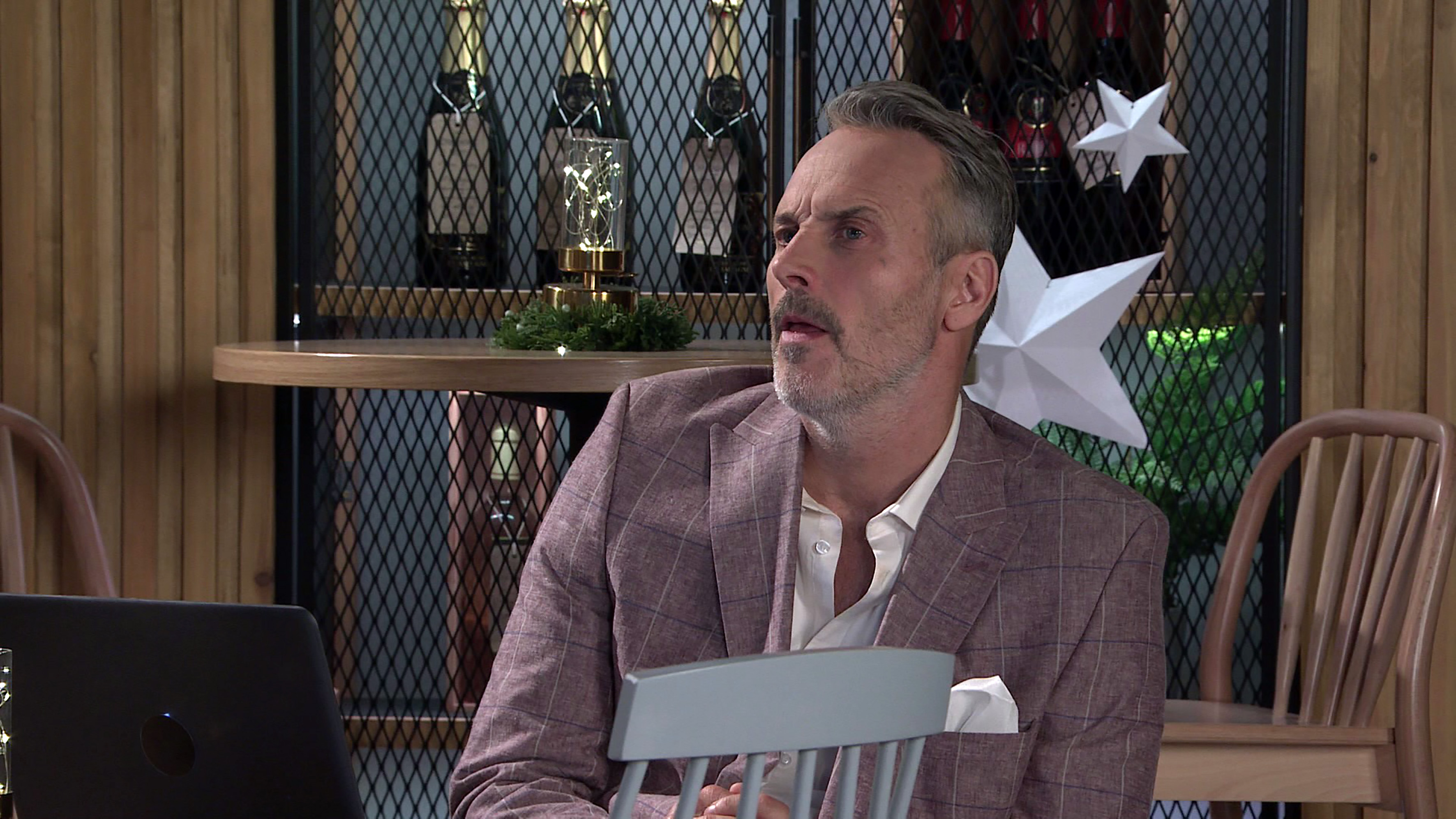 Sleazy businessman Ray Crosby (Mark Frost) in Coronation Street may not be terrorising the Weatherfield residents from the cobbles anymore, but the damage he’s created is still impacting everyone.

Since his dodgy plan to redevelop the Street came to an end, those that had already sold their properties to Ray have the small matter of trying to get their homes back. However, thanks to Debbie (Sue Devaney) now (at last) realising what a scumbag Ray is, she’s so far been fairly helpful.

But with Debbie keeping the fact that Ray is very much alive still a secret, she still has the to deal with the inevitable moment when Abi (Sally Carman) discovers Debbie didn’t kill Ray.

Ray is one in the long line of Corrie villains, and even though it feels like he’s been around for years, Ray’s reign will come to an end soon – but how? In the past, the bad guys to walk the cobbled street have departed in a variety of different ways, but how will Ray’s final scenes play out?

Will Ray be murdered?

You could form quite the list when it comes to the amount of people who would like to see Ray dead. There’s Abi, Tim (Joe Duttine), Gary (Mikey North), David (Jack P Shepherd), Faye (Ellie Leach), the list goes on!

It’s highly likely Ray could be meeting a grim end soon in the form of being murdered, but given the fact that he’s currently under the impression Debbie is planning to fly him off to Turkey and in return he will hand over everything he’s ever worked for, he’ll need a good reason to come back to Weatherfield in order for things to lead to his murder.

Will something occur that brings Ray back? He’s shown a dark side before when Debbie found Abi unconscious on the bistro floor, bringing out this side again during a showdown with another resident could lead to Ray’s demise in a murderous twist.

Will Ray die without being murdered?

Of course, Ray dying doesn’t necessarily mean he will be murdered. Richard Hillman died from drowning, so it’s possible Ray’s end could be met by an event that isn’t caused by someone else. Will he crash his car? Will a freak accident happen that subsequently causes his death?

Will Ray run away?

Ray is a smug, arrogant and overconfident businessman, and in the past has always managed to be one step ahead of everyone. Thankfully, the news is out that he attempted to rape Faye and bribed the planning committee, and these are two things that Ray, as much as he tries, can’t escape from.

Ray knows his time is running out, hence why he’s staying in a hotel room and relying on Debbie to get enough money together so he start a new life. But with Debbie angry at Ray for lying to her and trying to attack Faye, could she turn on him last minute? Leaving Ray with no choice but to try and run away on his own?

Will Ray go to prison?

The Weatherfield clan are doing all they can to find enough evidence to destroy Ray, and now plenty of people have had encounters with him, will it be enough to finally get Ray arrested for good?

Faye has already told the police about her attack, Alya (Sair Khan) has spoken to them too, and now Kevin (Michael Le Vell) and Debbie are set to be locked in the walk-in fridge by Ray, that surely has to be enough, doesn’t it?

Will Ray hand himself in?

We’ve already seen Ray get desperate over the past few weeks, and if he genuinely realises that there’s no way out for him, could he hand himself in? He’s caused so much damage, could a little bit of him feel guilty? Is it too much of a stretch to suggest he could confess to everything himself?

The chaos and hurt Ray has caused over the past couple of years will be remembered for a very long time in Coronation Street.

His time is running out, and while how he will leave remains top secret for now, this is Ray Crosby we’re talking about, his final scenes are no doubt going to be huge, and the Weatherfield residents certainly won’t allow him to walk away quietly.