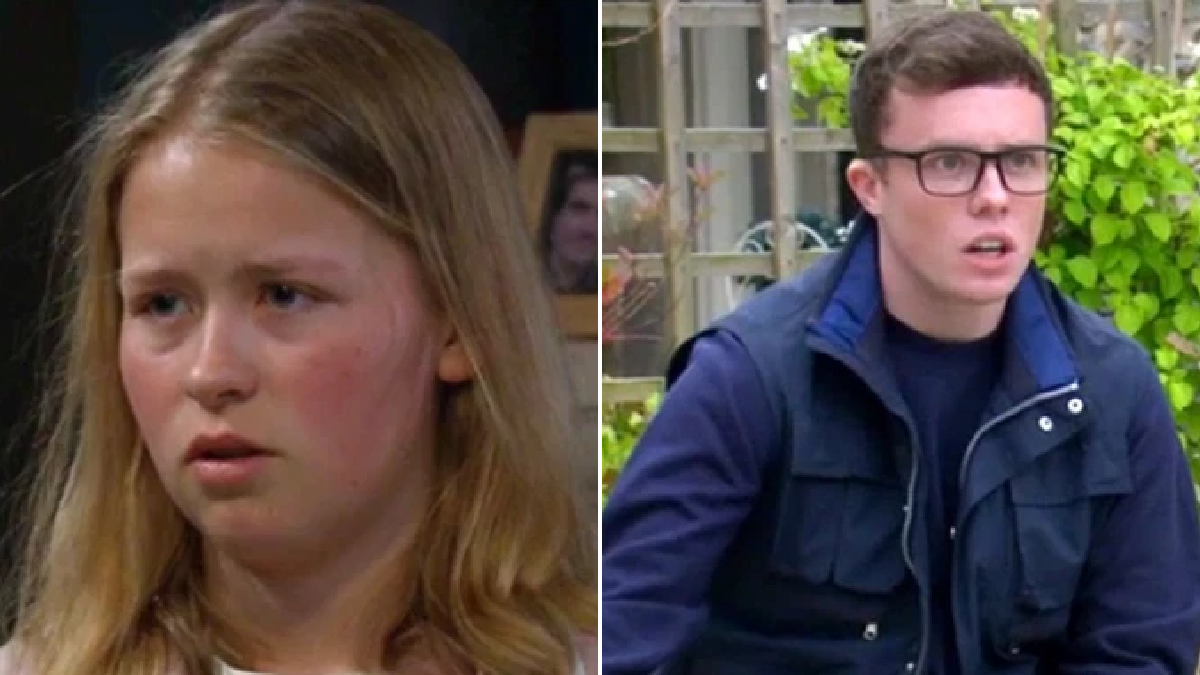 Emmerdale’s Liv Flaherty (Isobel Steele) took another bad turn tonight as she drunkenly made a call to someone asking for them to come over.

Yesterday (August 9), Mandy (Lisa Riley) was determined to stop Vinny (Bradley Johnson) and Liv rebuilding their friendship as she took action and deleted Liv’s phone number from her son’s phone.

Tonight, unable to contact Vinny, Liv confronted Mandy and said that whatever she had said to Vinny had worked as he now isn’t speaking to her.

Turning on the lies, Mandy told Liv that Vinny had moved on and was planning on taking Belle (Eden Taylor-Draper) out for lunch.

The hurtful comments were enough to impact Liv, as she tearfully told Mandy to leave.

Meanwhile, outside the pub, Belle and Vinny were talking, and it didn’t take long until Vinny realised Mandy had told Belle to keep an eye on him.

After overhearing Belle and Vinny talking, Liv was further hurt when Vinny told her he still only wants to be her friend.

As a drunk Liv returned home with alcohol in hand, Ben (Simon Lennon) and Aaron (Danny Miller) left her to it.

Making a phone call, Liv asked whoever was on the line to come over and said that they should visit on their own, as she wanted it to just be the two of them.

It’s unknown as to who is on the phone to Liv right now, but what has she got planned?

She’s feeling rejected and heartbroken after the ordeal with Vinny, could Liv be about to make a huge mistake?