The defining moment of “Succession” happened during the Season 2 finale, “This Is Not for Tears.” Logan Roy (Brian Cox) tells his son Kendall (Jeremy Strong) that he must be a sacrificial lamb in order to protect the family from disgrace. Kendall accepts his fate with mournful solemnity, remarking that he deserves this. He thinks he deserves this after covering up his involvement in a car crash that resulted in the death of a young man the prior year.

Despite the fact that he had only moments before been telling Kendall about his plans to use him as a meat shield in the public forum, Logan is shocked that his son would think such a thing. That boy’s death didn’t mean anything. Kendall shouldn’t punish himself for that business. And then he invokes a phrase previously established as an acronym used to cover up scandals in the Waystar Royco cruise division — NRPI. No real person involved.

In this sense, “Succession” and “Squid Game are telling the exact same story, but one is far more realistic than the other.

On September 17, a Netflix premiere took the world by storm, capturing the attention of a global audience that couldn’t get enough of its high-stakes action, lurid production design, and grim worldview. “Squid Game,” a survival drama series from South Korea, written and directed by filmmaker Hwang Dong-hyuk, has been an unprecedented sensation since it bowed on the streaming behemoth, spawning non-violent competitions in real life, Halloween costumes and, yes, even Funko Pops.

The series centers around Seong Gi-hun (Lee Jung-jae), an indebted former chauffeur so down on his luck, he’d be better off having no luck at all. Living with his elderly mother, growing estranged from his young daughter, he takes advantage of an opportunity offered by a mysterious stranger. All he has to do is play a few children’s games against hundreds of other desperate, debt-ridden individuals for an opportunity to win 45.6 billion Won — South Korean currency that equals roughly $39 million U.S. dollars. If he wins, he continues in the competition. If he loses, he’ll pay with the only thing he has left with any value: his life.

According to Netflix, 142 million member households worldwide chose to view at least some of the series during its first month streaming, meaning it was probably top of mind for some viewers when they sat down for the “Succession” Season 3 premiere one month later. 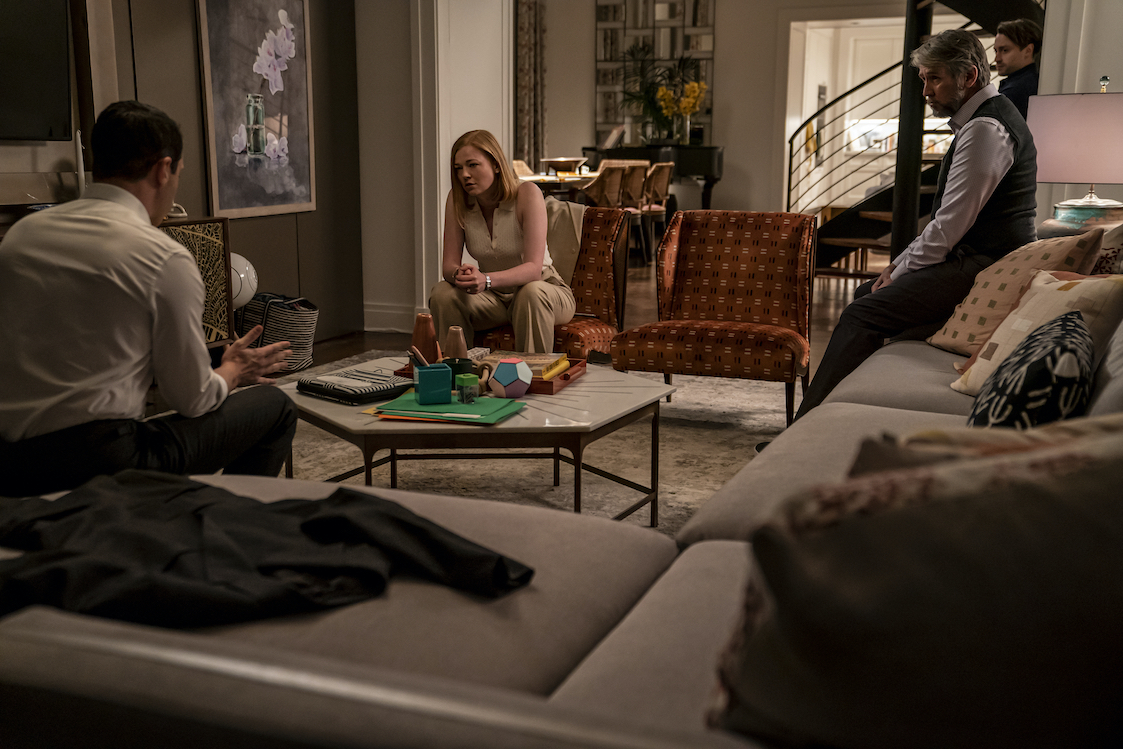 Admittedly, the HBO prestige drama has a fraction of the audience of “Squid Game,” but the impact that the series has on the zeitgeist is similar. And for good reason. Both shows are about survival in one fashion or another. Both feature gut-wrenching twists and betrayals. Both are about systemic abuse, either by society or family, and the hopelessness left in its wake.

But there is one important distinction between the series. Though both are deemed dramas, closer examination suggests that one of the shows traverses primarily in fantasy and the other in reality. It just might not be the ones you think.

At first glance, “Squid Game” might seem like a nightmare come to life, its violence and gore ripped from the most fantastical wells of fear and anxiety your brain has to offer, all oversized animatronic dolls, radicalized Shy Guys, and delicate glass bridges to nowhere. Sure, those are alluring elements of the series, but there is something very real about the atmosphere the show creates. Something familiar.

As income inequality in the United States grows, particularly in the wake of a global pandemic, more and more people are becoming familiar with living paycheck to paycheck, the “invoice and wait” realities of freelance work, and the crushing grind of a gig economy. More people are familiar with calls from debt collectors and final notices on bills. They may not owe money to South Korean loan sharks who are more than willing to resort to violence, but paying 26 percent interest on their credit card might be even more painful. 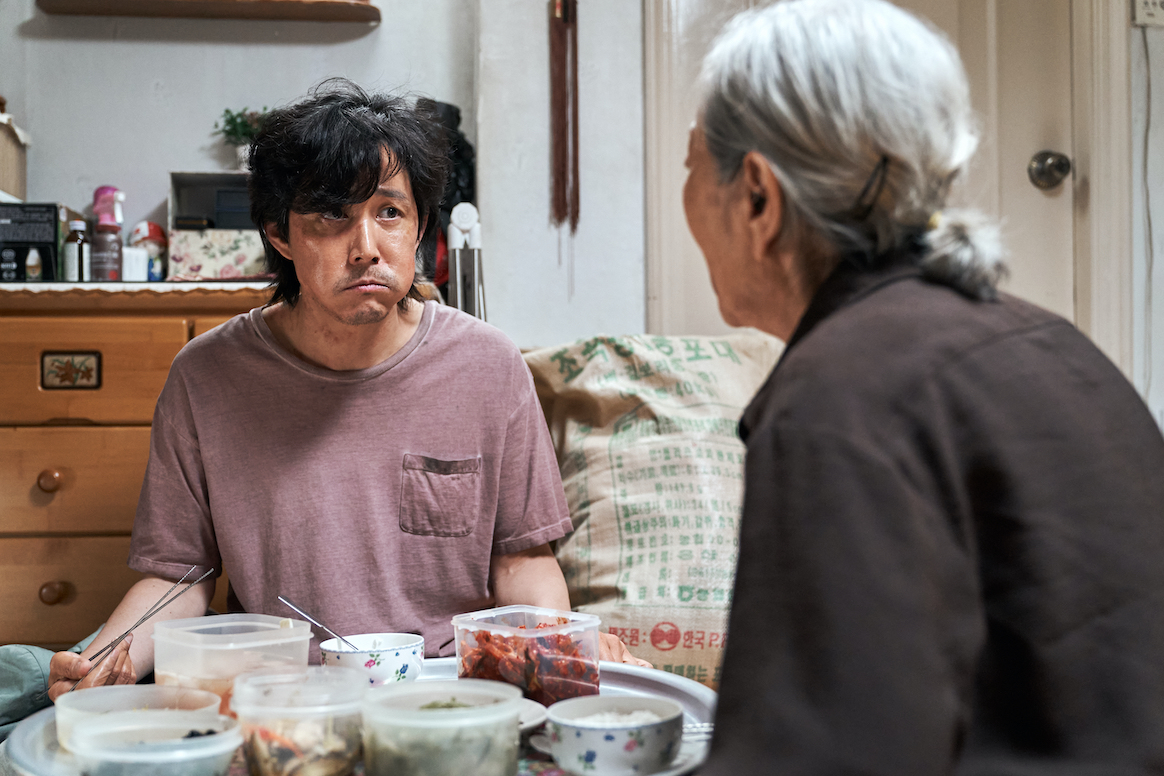 “Squid Game,” like Bong Joon-Ho’s Best Picture-winning film “Parasite” before it, gives insight into the income inequality of South Korea, and audiences worldwide are transfixed. It resonates because of the familiar, fleeting shadows that flicker on the walls, ashy gray smears of desperation and fear as those with less are forced to serve — or entertain — those with much, much more.

Conversely, Jesse Armstrong’s “Succession” focuses wholly on a single family, the Roys. Over his life, Logan has built an old media empire, perpetually teetering on the verge of ruin, as his children — Kendall, Connor (Alan Ruck), Shiv (Sarah Snook), and Roman (Kieran Culkin) — frantically rearrange deck chairs on the Titanic for their shot at the throne, fueled by love, hate, fear, and rage.

But this is no staid family drama. No weepy singer/songwriter songs underscoring hugs a la “Parenthood.” No tear-jerking flashbacks in the fashion of “This Is Us.” No grappling with the looming specter of death in the vein of “Six Feet Under.” While the family dynamics in play with “Succession” are recognizable, the circumstances in which they unfold are not.

The Roy family is beyond affluent. Their wealth exists in a tier unimaginable to most people, elevating them to the level of gods among men, for whom money is so plentiful it has become autonomic. Money is not a conscious part of the Roys’ existence because it doesn’t have to be. Money has always been, money will always be.

In fact, that’s one reason Logan clashes with his children so often. Raised in abject poverty in Scotland, the patriarch bootstrapped himself to billionaire status, but always carrying with him the scars — both literal and figurative — of what he had to endure to succeed. Poverty left Logan marked and likely contributed to his business savvy. If you can’t afford to fail, you’ll do whatever it takes to prosper. For his children, never knowing economic hardship makes it difficult to conceptualize what’s at stake.

“Succession” spells this out perfectly in “Hunting,” an episode in Season 2 in which Logan asked Roman how much a gallon of milk cost. His youngest son sputtered, clueless. “I don’t know,” he said, “I mean, who the fuck knows, Dad? Literally no one knows. Who gives a shit?” (A similar exchange took place in another TV series about wealthy elites years before to great effect.) 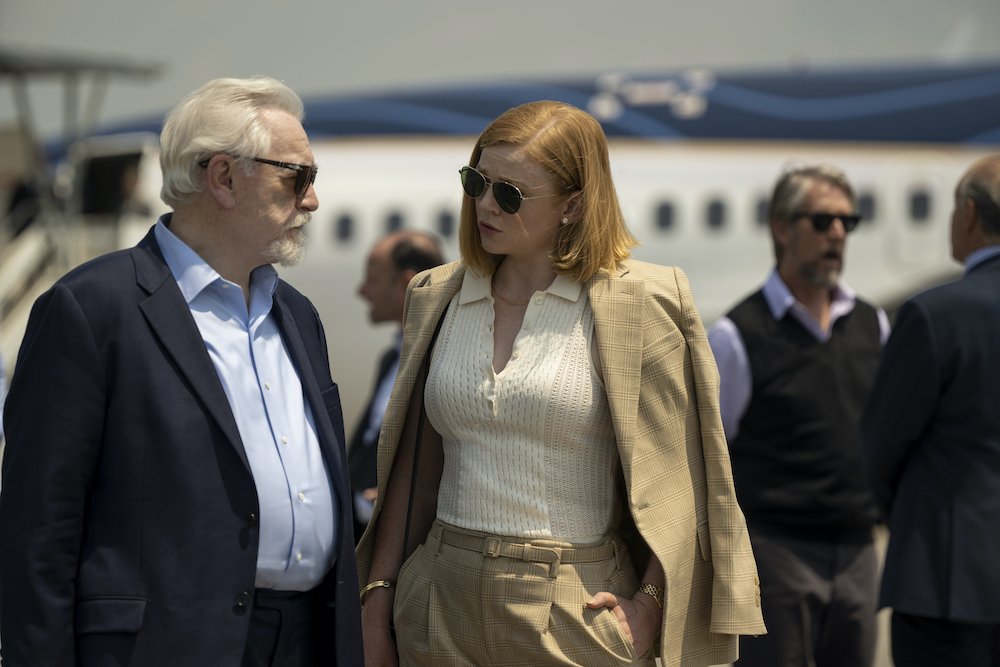 But the series isn’t about Logan, not really. It’s about the toll his success has taken on his children, who were given everything except love, affection, and attention. In a way, “Succession” is able to tell a more clear-eyed story about its characters because they aren’t burdened by the harsh, heavy realities the rest of us labor under. The only way a person could empathize with the slivers of humanity left in the Roy children is by neutralizing their wealth. Money doesn’t fuel their angst, so the audience can more easily invest.

We’re living in a time in which a TV show about penniless citizens being killed for sport by the richest, most powerful people in the world feels recognizable. As though such a turn of events would be devastating, but not entirely surprising. It’s a monstrous time to exist.

For the average person, I’d wager that “Squid Game” seems almost plausible. A lost job, some missed payments, a bankruptcy, or God forbid, a health crisis and most of us are on the starting line alongside Seong Gi-hun waiting for Red Light, Green Light to begin. It’s a chilling reality, just a half-step away from our own.

“Succession” is a fantasy. The idea of existing in a bubble without money driving every decision is a laughable thought experiment and a welcome distraction from the recognizable pressures of our own world. We’ll never roll like the Roy family. And despite being fictional characters, it’s the audience who remains unreal.

No real person involved. That’s us.