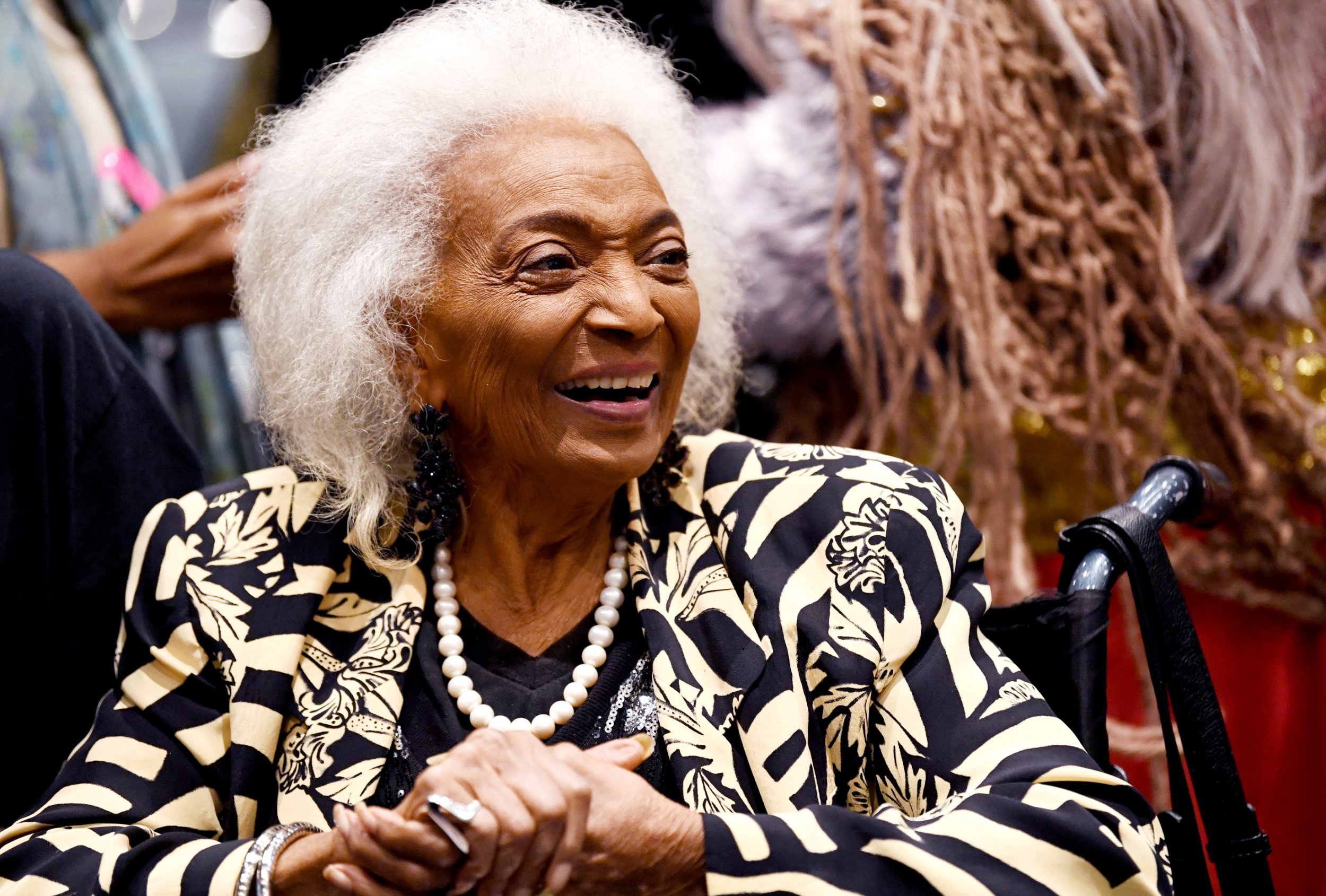 Nichelle Nichols has died at the age of 89, it has been confirmed.

The actress, who was best known for her groundbreaking role in Star Trek, died on Saturday.

Nichols’ son Kyle Johnson announced the news on Sunday in a statement, which said: ‘Last night, my mother, Nichelle Nichols, succumbed to natural causes and passed away.

‘Her light however, like the ancient galaxies now being seen for the first time, will remain for us and future generations to enjoy, learn from, and draw inspiration.’

He added: ‘Hers was a life well lived and as such a model for us all.’

Nichols’ role in Star Trek: The Original Series was pioneering as she appeared in a major authoratative role at a time when many African-American actors were being cast as servants.

The actress’ turn as Lieutenant Uhura also led to one of the first on-screen interracial kisses between a white actor – William Shatner playing Captain Kirk – and a Black actress.

In her 1994 book Beyond Uhura: Star Trek and Other Memories, Nichols wrote of the iconic moment: ‘Finally, the guys in charge relented: “To hell with it. Let’s go with the kiss”.

‘I guess they figured we were going to be canceled in a few months anyway. And so the kiss stayed.’

It’s said that Nichols – born Grace Nichols – was good friends with late civil rights activist Dr Martin Luther King Jr, and that he frequently persuaded her to remain on the show.

Nichols appeared on the original Star Trek for three years between 1966 and 1969. However, she has reprised the role in several Star Trek movies, including 2020’s Star Trek First Frontier.

In the 1970s, Nichols earned a gig as a recruiter for Nasa after she publicly criticised the agency for failing to consider women and other minorities for jobs.

‘At the end of the recruitment, NASA had so many highly qualified people. They took six women, they took three African-American men … it was a very fulfilling accomplishment for me,’ she once said.

Outside of Star Trek, some of Nichols’ other credits include sci-fi series Heroes, in which she starred as the grandmother of Monica Dawson (Dana Davis), Are We There Yet?, Snow Dogs and This Bitter Earth.