As a baker appearing in each episode of the Channel 4 daytime show, John is often tasked with demonstrating different activities on Steph’s Packed Lunch. But Steph McGovern was concerned for his welfare after he’d been speaking to viewers live from a canal and ended up in the water. He looked cold as he struggled to get back on the board while Steph begged for someone to help him from the studio.

Talking to presenter Steph, John said: “Steph you’re an absolute killjoy but get that stove pre-heated and we’re on the way.”

He then moved on the board, adding: “But before I get off, I do want to just try standing up.”

“Oh here we go,” Steph replied. “Come on!” John got to his feet but instantly became wobbly and fell off into the cold water.

Dancer Oti Mabuse, a guest on the show, gasped as the studio erupted into laughter. 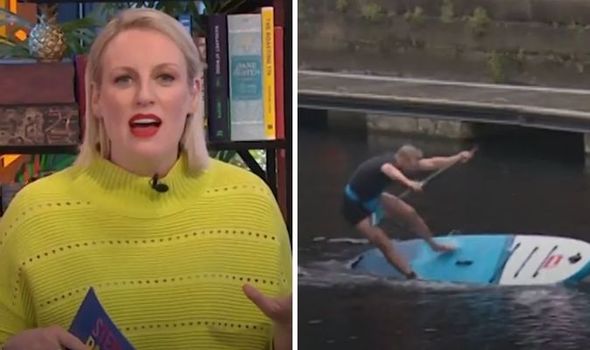 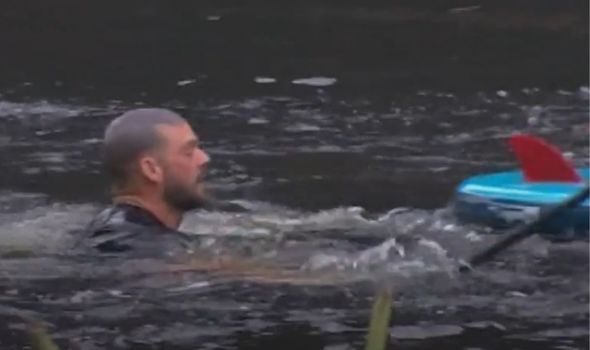 Concerned, she yelled: “John! Someone throw a ring at him,” as John attempted to get back on the board.

But in doing so he managed to pull it on top of himself.

“Oh no!” Steph added. “He’s scared of sharks as well, he’ll think they’re in there.” 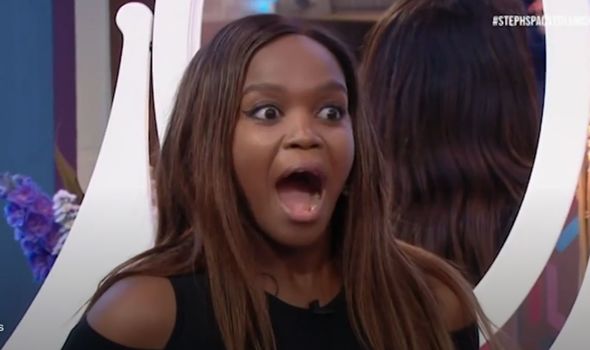 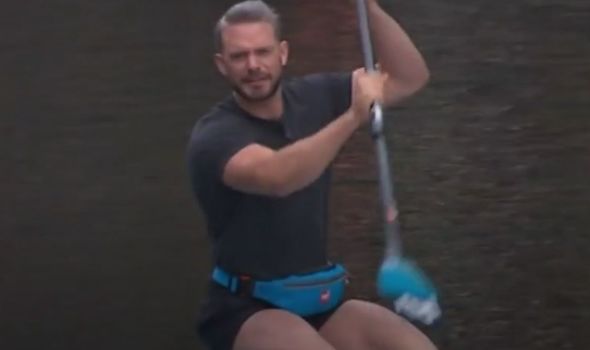 She asked again: “John, are you alright? Who’s going to go in and get him?”

He was soon lying back on the paddle board, shivering but Steph still seemed worried for the baker.

Oti leapt up from her chair as Steph told viewers: “See you after the break!”

Responding to the comical moment, viewers were quick to discuss it on social media.

Taking to Twitter, one fan of the show said: “This was brill! The funniest bit was when he tried to climb back on and went over again.”

Another commented: “This was hilarious sorry John,” while another wrote: “Big hugs John xx.”

A fourth expressed their disappointment at missing the live moment, writing: “I missed it to do the washing up.”

“Poor John i wanna give him a hug xx but it was funny #stephsPackedlunch,” a fifth penned.

Someone else said: “JOHN!!!! #stephspackedlunch.”

“This has to be the best lunchtime show currently on tv. I’m totally converted Steph! Love the mix of guests and chefs appearing every week. Your not afraid to get out their on a paddle board either,” another said. (sic)