The 32-year-old star debuted her striking new hair colour saying that "orange is the new red". 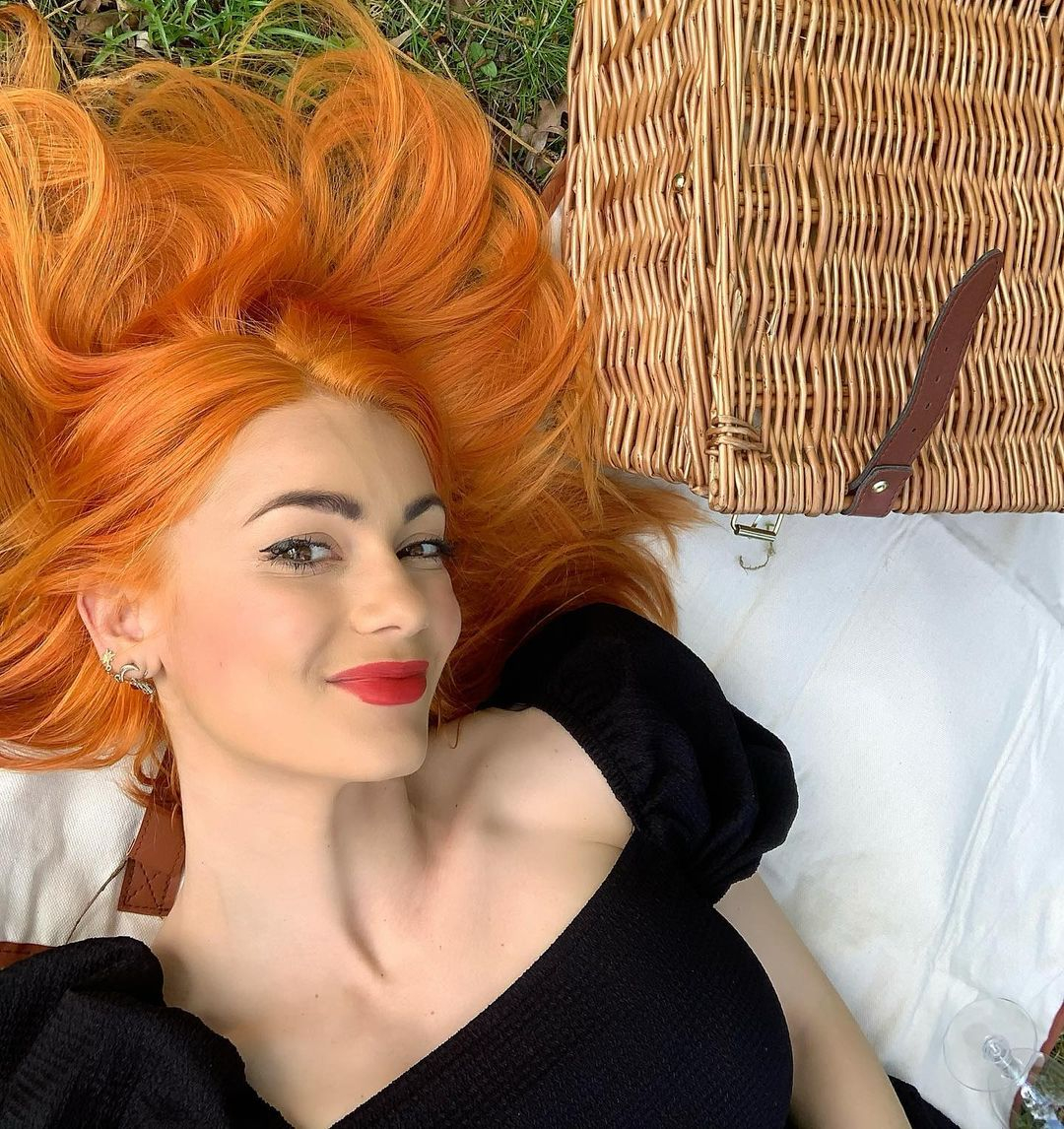 The professional dancer looked glamorous as she shared a selfie after visiting her hairdressers.

Diane rocked a flawless make-up look and red lipstick as she enjoyed a picnic in the park.

The TV star previously revealed that she's been dyeing it a bold red shade ever since joining the BBC One dance show. 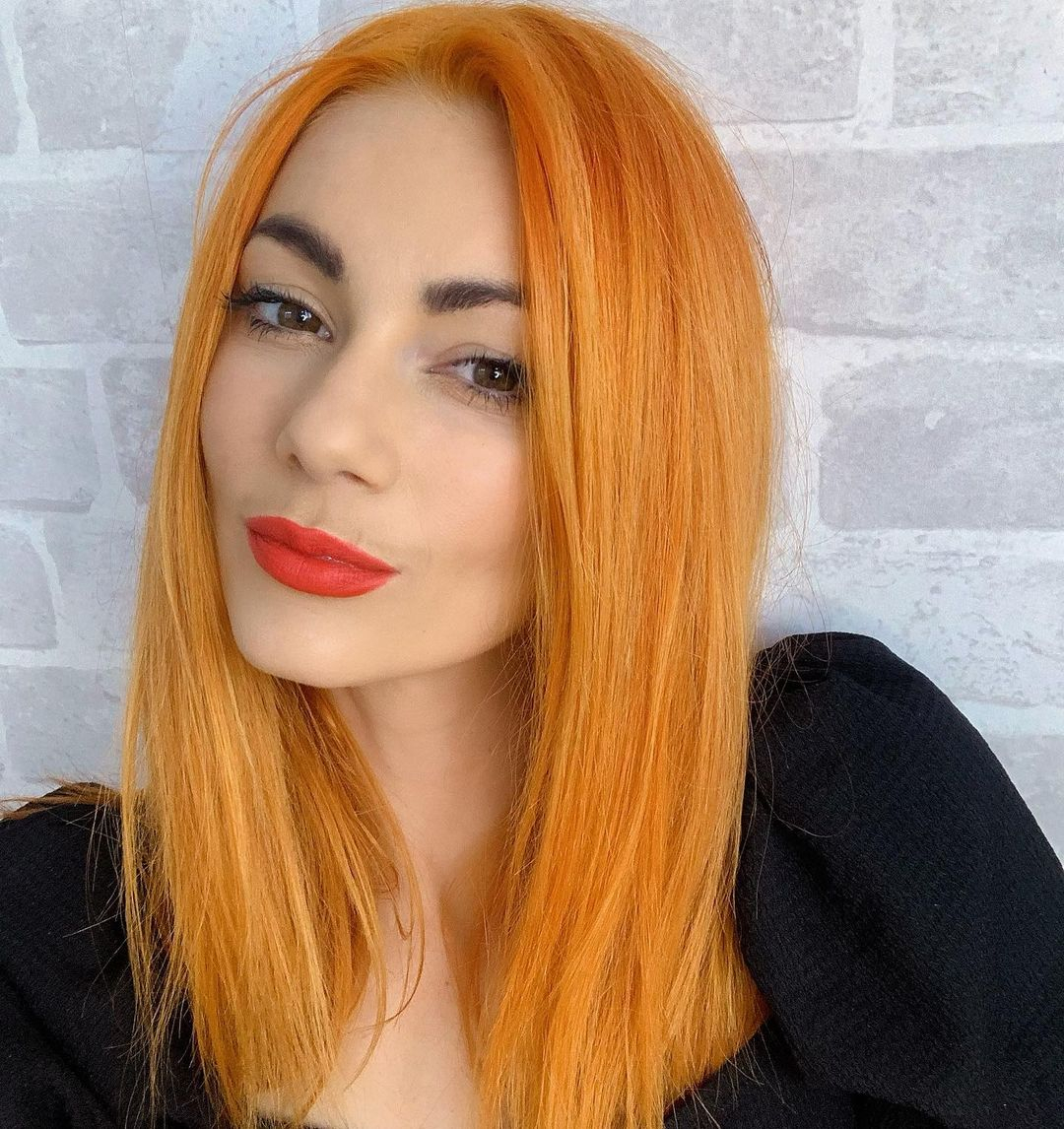 The dancer recently gave fans a glimpse of her natural brunette locks – looking unrecognisable without her fiery hair.

In a separate upload, Diane shared a time-lapse video where she was seen wearing a white embroidered top.

She brushed her freshly-dyed locks before she tied them up in a high ponytail with a straightened finger and turquoise bow.

Strictly fans will be delighted to know that Dianne will be back for the next series of the BBC One dancing show. 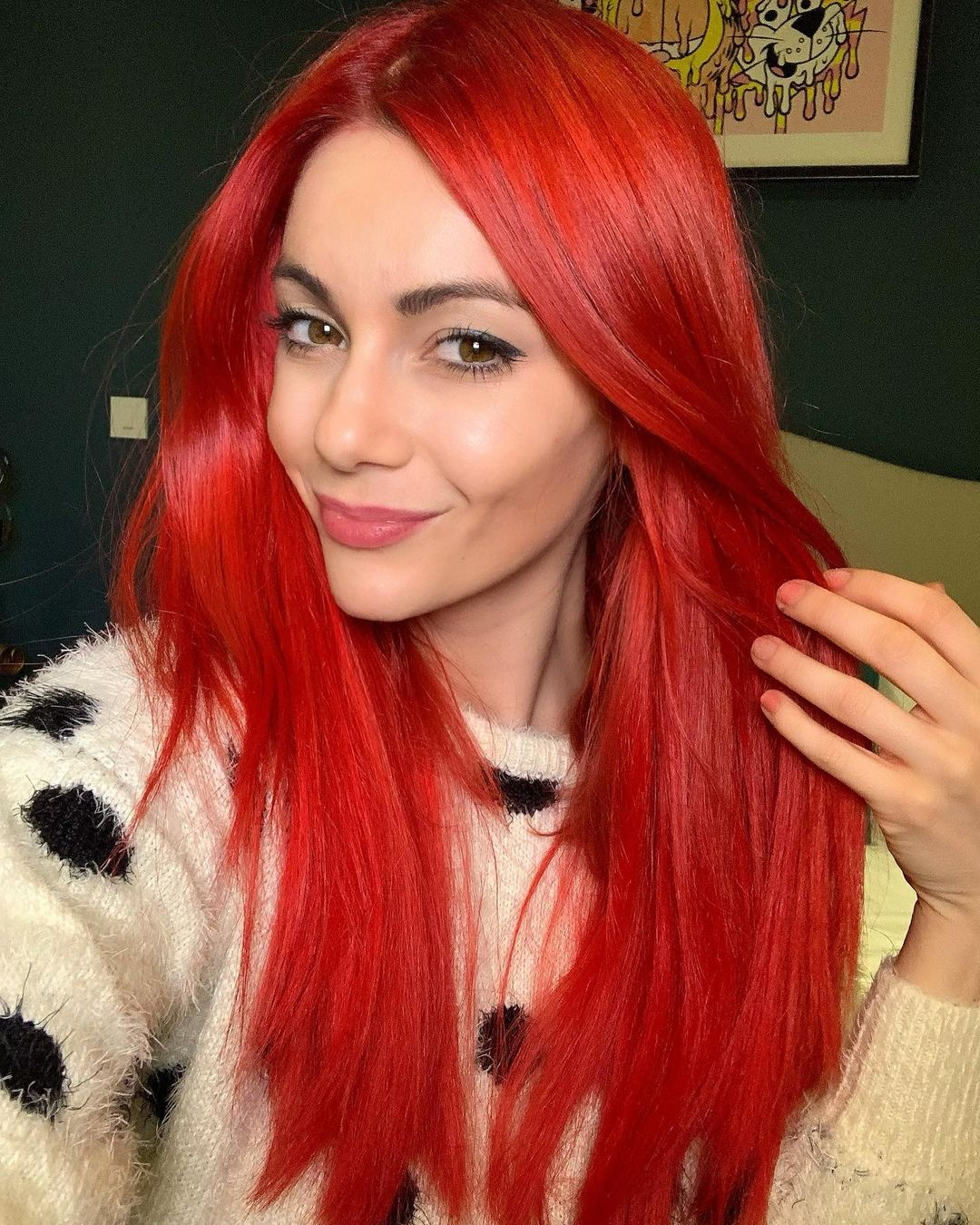 Earlier this year, Dianne and boyfriend Joe Sugg bought their first home together.

The pair – who met when they were coupled together on the sixteenth series of Strictly Come Dancing in 2018 – have now taken their relationship to the next level.

Since then the couple have gone from strength to strength and have now ticked off another milestone in their relationship.

Joe shared a snap himself giving Dianne a piggyback outside their new home. 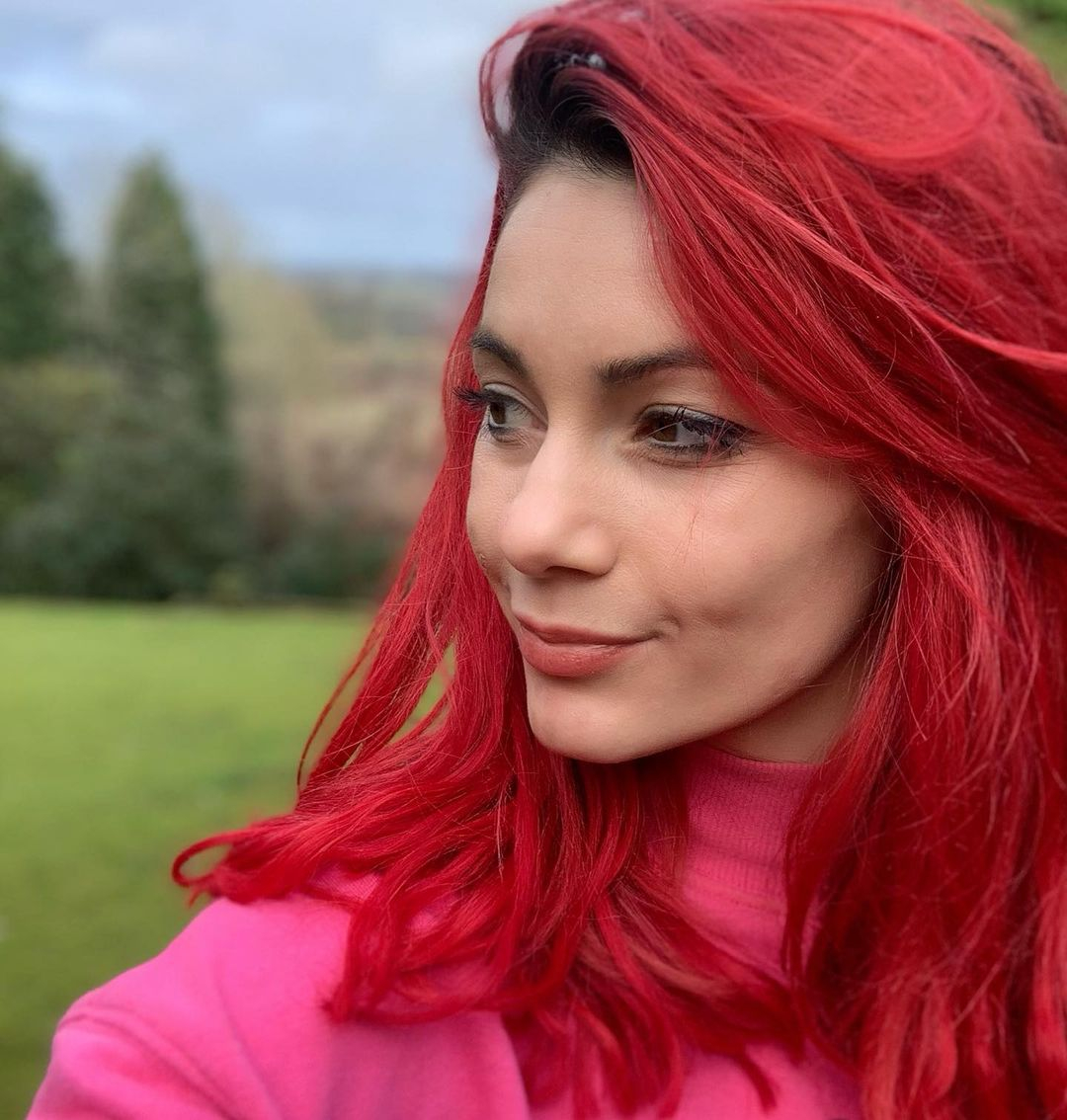 He captioned the post: "Little life update. (No emerging daffodils were harmed in the taking of this photograph)."

In the snap, the couple look happier than ever with their new purchase, so Dianne also decided to take to her page to share the happy news.

The dancer shared a similar photo, but this time Dianne was held in Joe's hands whilst pointing at their lush new pad. 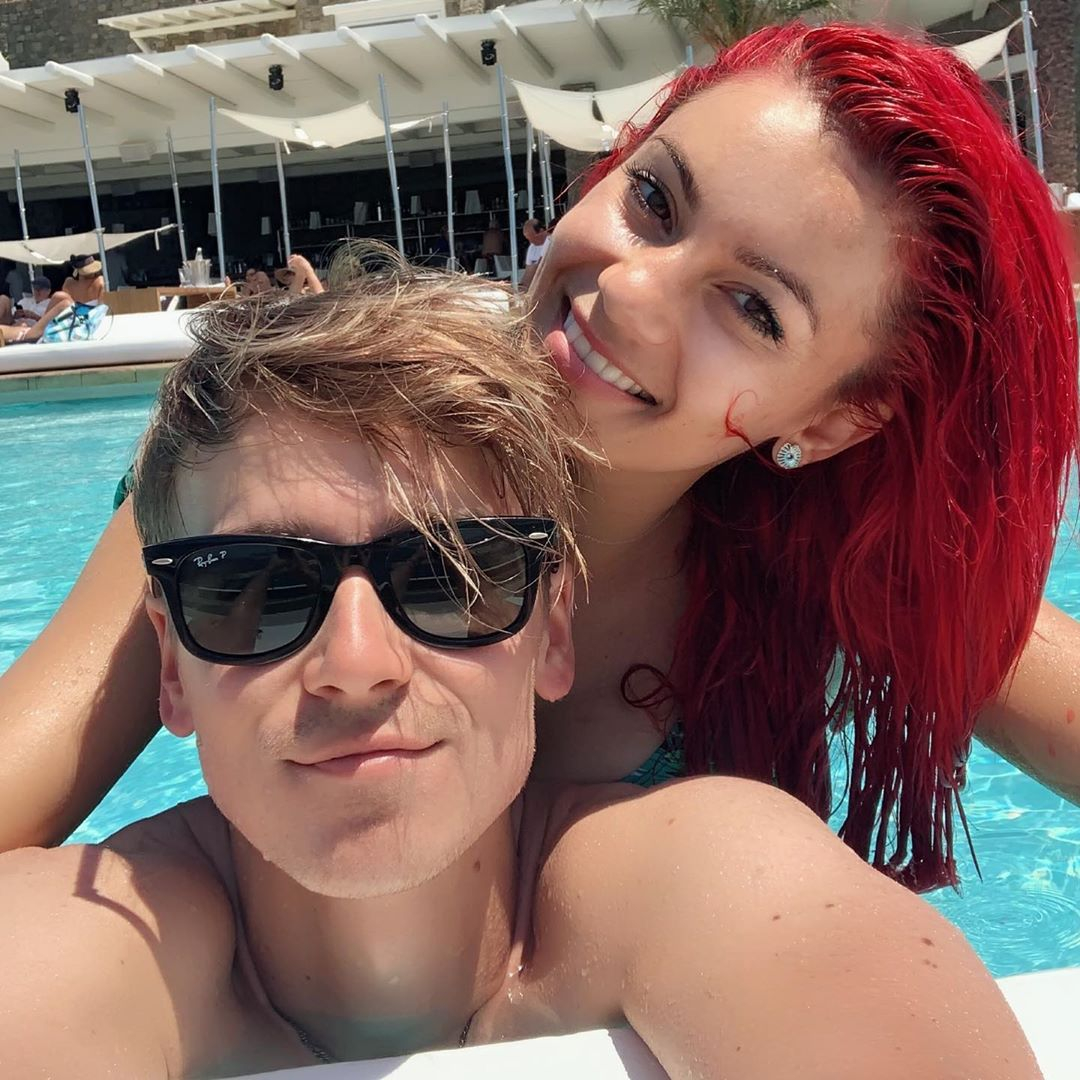 After first locking eyes three years ago on the dance floor, fans of Strictly had an inkling that something was going on between the pair.

Rumours circulated further when Dianne split from her boyfriend Anthony Quinlan over her close relationship with Joe.

Then in December 2018, things were finally out in the open as Joe shared a picture of them as an item.

He gushed: “I may not have won the glitter ball, but I’ve won something a million times more special.” 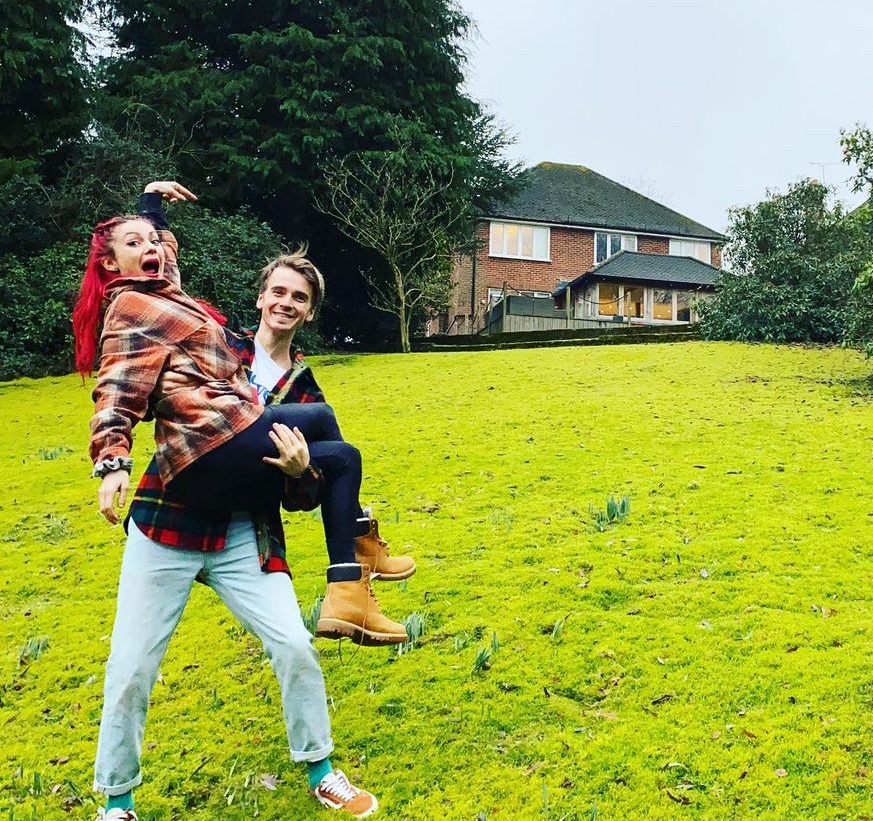 Dianne has become a huge part of Joe's family too – regularly meeting up with famous YouTuber sister Zoe Sugg and her boyfriend Alfie Deyes.