Roberts was also known for playing the title role in “Sheena: Queen of the Jungle” and her work on the final season of “Charlie’s Angels” 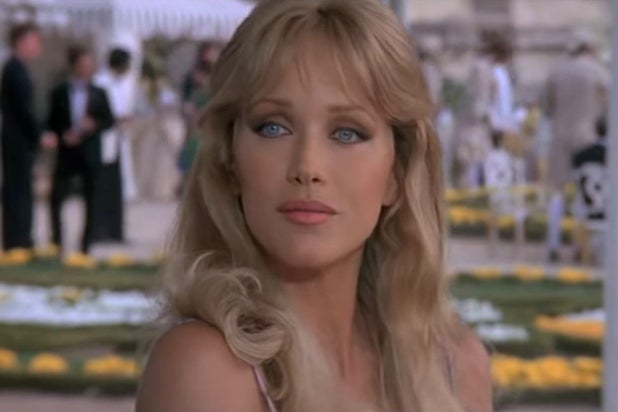 Reps for Tanya Roberts on Monday retracted their own statements that the 65-year-old actress had died on Sunday after being hospitalized in L.A. on Christmas Eve.

On Sunday, Roberts’ manager Tarri Markel confirmed to TheWrap news of the death of the actress, best known as Bond girl Stacey Sutton in “A View to a Kill” and later for her work on “That ’70s Show.”

Her publicist Mike Pingel had hold TMZ that she was walking her dog on Christmas Eve and collapsed shortly after she returned home. She was taken to the hospital and put on a ventilator. Pingel also issued a statement from her husband, Lance: “As I held her in her last moments, she opened her eyes.”

Born Victoria Leigh Blum in the Bronx, Roberts’ career began when she was a teenager, studying at the Actors Studio and, eventually, modeling in commercials for everything from Ultra Brite toothpaste to Clairol hair products. After moving to Hollywood with her husband in 1977, she appeared in the cult movie “Tourist Trap” and secured roles in several TV pilots that weren’t picked up.

Her big break came in 1980 when she was cast in the fifth and final season of ABC’s “Charlie’s Angels,” replacing Shelley Hack.

She went on to star in the 1982 adventure fantasy film “The Beastmaster,” where she had a topless scene that led to a pictorial in Playboy to help promote the film. She then starred in the 1984 film “Sheena: Queen of the Jungle,” which was panned by critics and audiences alike but became a cult favorite. She then took on the role of Bond girl Stacey Sutton opposite Roger Moore in 1985’s “A View to a Kill,” which earned her a second Razzie Award.

Other projects that followed in the ’80s and ’90s included the exotic thrillers “Night Eyes” and “Inner Sanctum,” the action film set in the wrestling world “Body Slam” and the video game “The Pandora Detective.”

Roberts might best be remembered by many as “the lovable but dim-witted mother of the red-haired tomboy Donna Pinciotti,” who was ogled by the teen boys on the show.