How do you make a movie about conflict between Israel and Palestine? If you ask Sameh Zoabi, the answer may surprise you. The Israeli director’s latest film, “Tel Aviv on Fire,” turns the Middle Eastern crisis into a comedy about the perils of a soap opera writer. It follows a Palestinian man who crosses the border into Israel each day, as he turns his interactions with the military into material that fuels his TV writing career. The mediocre writer, played by Kais Nashef, keeps failing upwards until he finds himself in the center of a conflict that’s more than he can handle.

The film premiered at the 75th Venice International Film Festival in 2018, where it was nominated for several awards, with Nashef taking Best Actor in the Orizzonti category. It followed that with a screening at last year’s Toronto International Film Festival, and now it’s gearing up for a theatrical release. The subject matter makes it unlikely to play in Middle Eastern countries, aside from Israel, but it could be an arthouse hit in Europe and North America.

The official synopsis calls the film “a comedy that portrays the Palestinian and Israeli reality from a refreshingly light perspective. Salam, an inexperienced young Palestinian man, becomes a writer on a popular soap opera after a chance meeting with an Israeli soldier. His creative career is on the rise – until the soldier and the show’s financial backers disagree about how the show should end, and Salam is caught in the middle.”

“Tel Aviv on Fire” exists at the intersection of two subgenres. On one hand, it hopes to follow in the footsteps of films like Chris Morris’ “Four Lions” by extracting comedy from a geopolitical tragedy. At the same time, it exists in the tradition of “movies about making movies,” finding humor in the creative process. By combining the two, Zoabi looks to apply a uniquely human touch to a situation not known for its warmth.

“Tel Aviv on Fire” will be released in theaters on August 2. IndieWire has the exclusive trailer and poster, both of which can be found below. 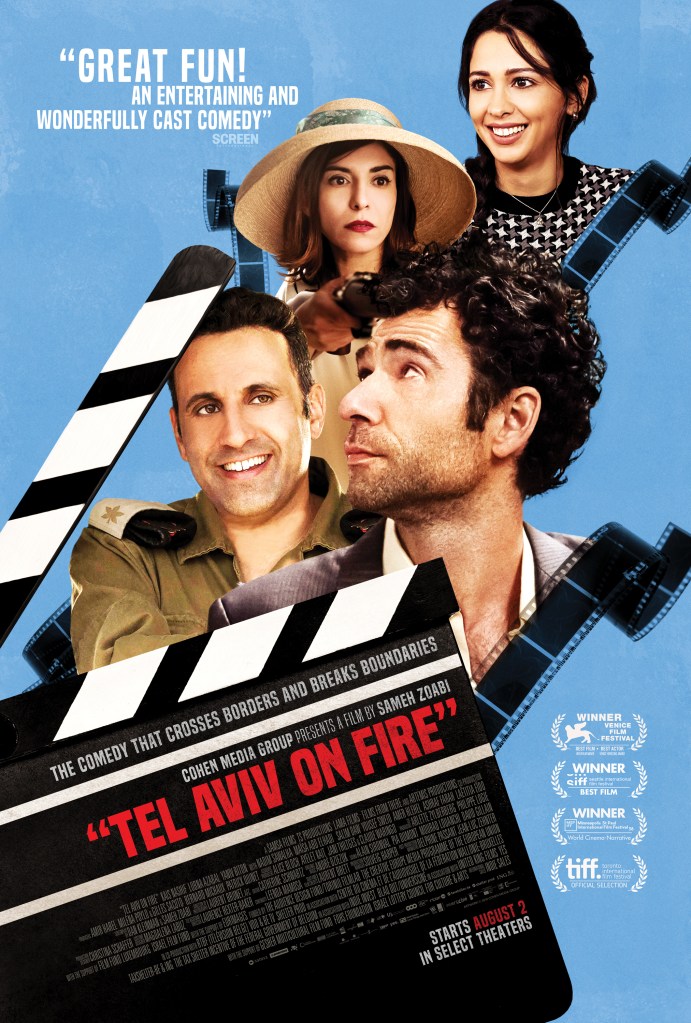