David Rubin isn’t going down the recent path of Academy presidents like John Bailey, who led the Board of Governors into hasty, ABC-friendly Oscar changes that alienated the burgeoning and diversifying membership of more than 9000 members. This seasoned casting director and Academy veteran, who successfully created a new Academy branch for casting directors, knows his way around Hollywood politics.

I caught up with him at his first Telluride Film Festival just before the Terrence Malick fan ran off to see “A Hidden Life.” Rubin could serve three one-year terms as AMPAS president if he does well. After six years on the board and three as an officer, he’s learned how to play the Academy game. Here’s what he will and will not do.

1. He wants everyone to see as many of the films as possible, even if it’s online.

This year, finally, the Academy will make online screeners available to the Academy at large for a charge of $10,000 a movie, paid by distributors who are preparing to upload new content for voters to sample. (DVD screeners will still be supplied for members who are not tech-ready.) This is a work in progress: The Academy is expected to announce the new platform shortly, in time for the 2020 award season as they reach out to members to update their screening preferences.

Documentaries, animated films, and shorts have already been made available; the Academy is now adding narrative features. The exception is foreign-language films: Most of these films have no North American distributor. With a record 93 submissions this year, the international feature screenings will take place, as before, in New York and Los Angeles, with participating voters signing in for a minimum of 15 Academy screenings (they can also see films at festivals). Last year, all Academy voters could watch the final five nominated films online.

“We want to make the move to online viewing,” said Rubin. “There’s an endeavor to support the Academy’s efforts at being an international organization: Part of that is to connect with international filmmakers and international audiences. All of the efforts to enable people to see international feature films is with that goal in mind. This has never been the American Academy. While original commercial and popular filmmaking may be essentially American in origin, the motion-picture world is international.” 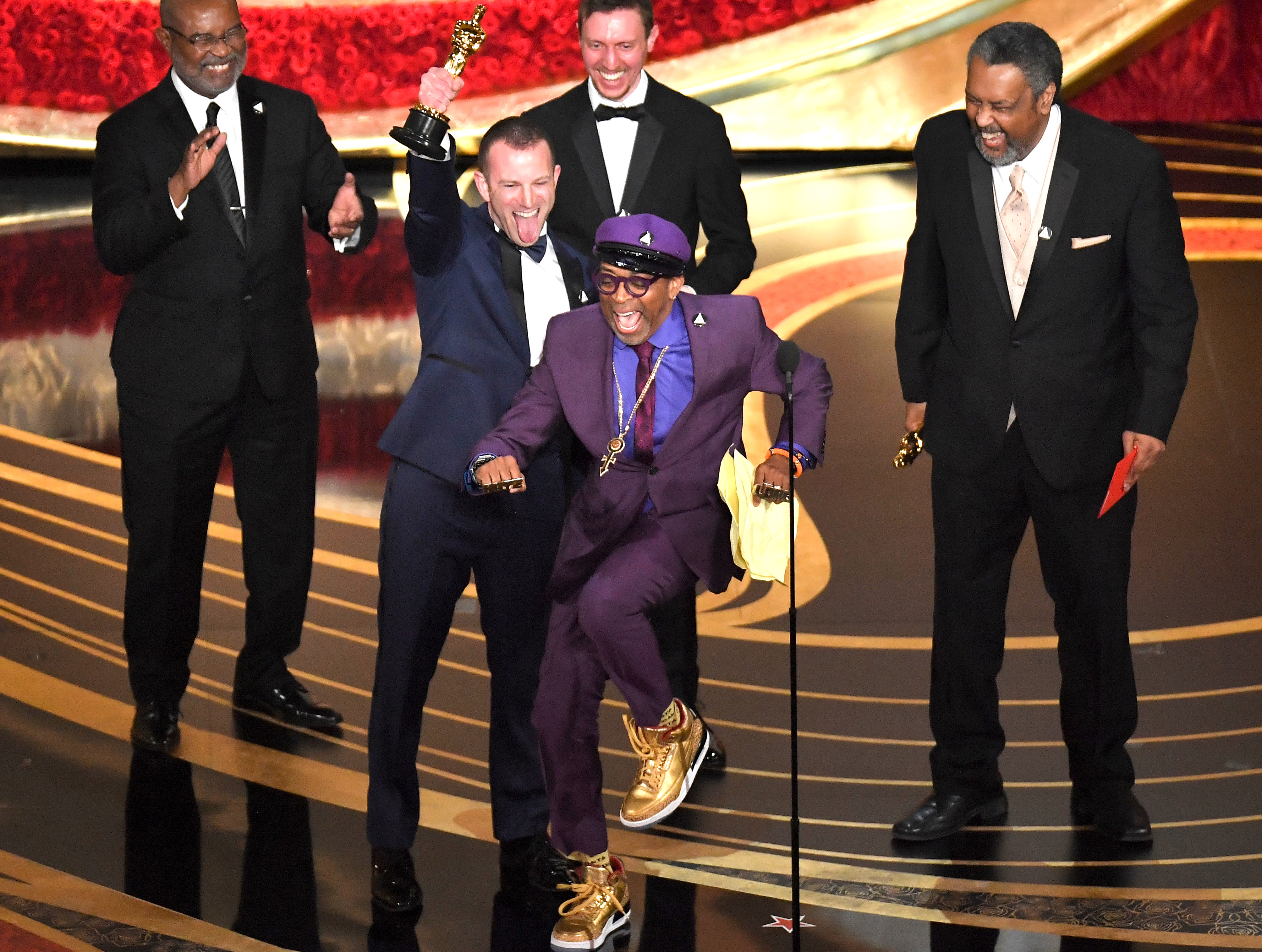 2. He wants to maintain Oscar standards while chasing new audiences.

The Academy is a well-funded nonprofit that gets its operating budget from one cash cow: the hugely visible and globally famous annual live Oscar telecast. For years, pressure has mounted to cut the length and pull in younger viewers. “ABC is a partner that we need to work with into the future,” Rubin said. “As partners, we are in search of the same result. Honestly, our organization benefits from the success of the show, and ratings are a part of that. We want to make the best possible broadcast number one, and number two have as many people watch it as possible.”

Finally, he knows that growing an audience of younger filmgoers is essential to the future of the Oscars. “The movies that come out each year determine the level of engagement of audiences,” he said. “It’s a high priority to engage younger audiences.”

Rubin is grateful that last year’s steadfast Oscar producer Donna Gigliotti is now on the Academy board and available for counsel as the Academy selects next year’s producer, who will help make the decision about continuing with or without a host. “We will hold to our standards and our ABC partnership in full acknowledgment that what we’re putting on is a successful show,” said Rubin. “We can’t exist in a silo without considering ABC’s interests.”

As the Academy keeps adding committees to help redefine what motion pictures are in an increasingly streaming world, Rubin is on a mission to bring all the players to some kind of understanding. “We must be responsive to the ways film is distributed and viewed,” he said. “The conversation is just beginning. It would be a rushed decision if we made changes based on what we know right now.”

That’s why he’s booking meetings. “I want to sit down with all parties involved in making and releasing movies to see what the landscape is. How do we bring all the parties together? We are all keen to participate — we should lead the conversation. We are interested in gathering all the major players involved in the decisions. If we can find an even playing field, we can all recognize and include everybody. There’s an answer there. We need to be methodical and thorough in pursuing it. The distribution models are changing and we want to be responsive to that without compromising our mission, which is to represent excellence in films.”

Rubin actually studies nonprofit best practices, talks the talk, and may possess the skill to manage the Academy’s unwieldy organization and 54-member board. “Consensus is key in all governance, and communication is essential for consensus,” he said. “So if you have an idea, an initiative, or a mission, one needs to communicate it clearly. I’ve noticed that various endeavors of the board, though well-intentioned and potentially beneficial, if not messaged clearly enough to members are not embraced in the way they were intended. In general, it’s helpful to have membership support as well as board support.”

5. He wants to represent the members and communicate with them.

Academy members have long complained that the Board of Governors is an elite group that often acts without checking in with them. “I represent a large constituency, and I’m just getting to sense the heartbeat of it,” he said. “I’m eager to connect with the larger membership. I’m not sure there’s a strong connection between governance and the membership, and I’m eager to bridge that. Information is key. I’m hoping members will feel further enfranchised.”

In fact, he got started the day after his election with an August 8 letter to the members, exhorting them to “Connect. Collaborate. Engage,” he wrote. “I’m committed to promoting more frequent engagement and communication between the Academy’s governing bodies and its membership. It’s vital that members are given background and context for the decisions made by the Academy’s Board and that the Governors receive input regularly from their branch members, to inform those decisions. In short, you’ll be hearing from us.” 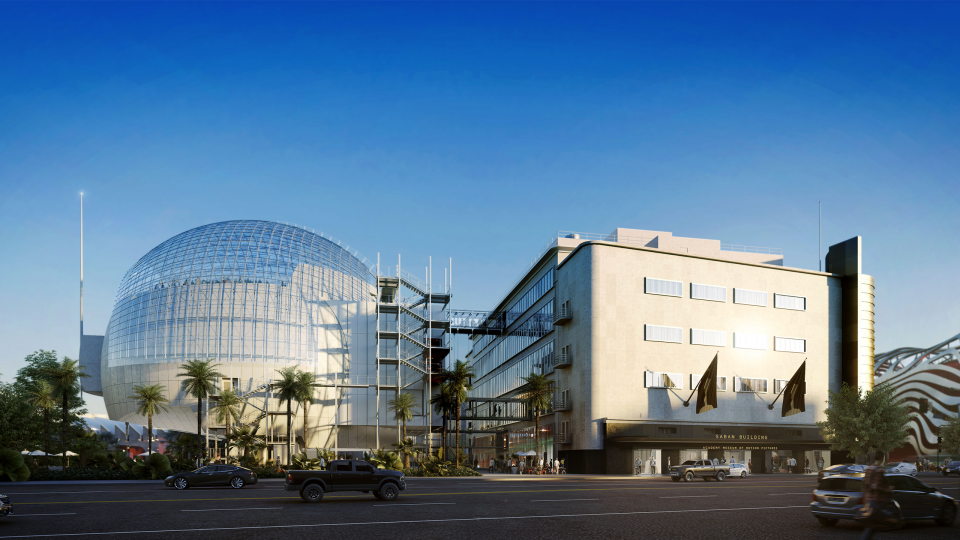 6. And he’s rooting for the Academy Museum to open.

The oft-delayed motion picture museum, which has found a new director Bill Kramer to see it over the finish line, is “in post-production,” said Rubin. “The buildings are amazing; now we can move into our new home. We’re deciding where to put everything. Now is the time conversations happen more than ever as we’re making those final determinations.”

As for all the delays, Rubin sees the museum “as a big endeavor, which we do want to get right,” he said. “If this were a major motion picture, we don’t have the restriction of having to get it out for Christmas release. We do want to make money one day. But we’d rather get it right and open it on the right weekend. I don’t see cloudy weather, I see an opportunity to optimize a fantastic, world-class museum.”