The Bachelor star Peter Weber is breaking his silence about how the pandemic has affected his work.

When he was on The Bachelor, he was working as a pilot for Delta.

His work as a commercial pilot played a huge role in the theme for his season, and producers went wild with puns about his career.

But it’s no secret that the pandemic has stunted most commercial air travel, so fans are wondering how Peter is dealing and whether he’s been able to keep his job with the reduced demand.

He revealed that he isn’t flying right now since the industry has slowed down so much. However, he did confirm that he is still employed by Delta Air Lines.

“I can’t wait to get back to flying you beautiful people all around the world!” he wrote in the caption. 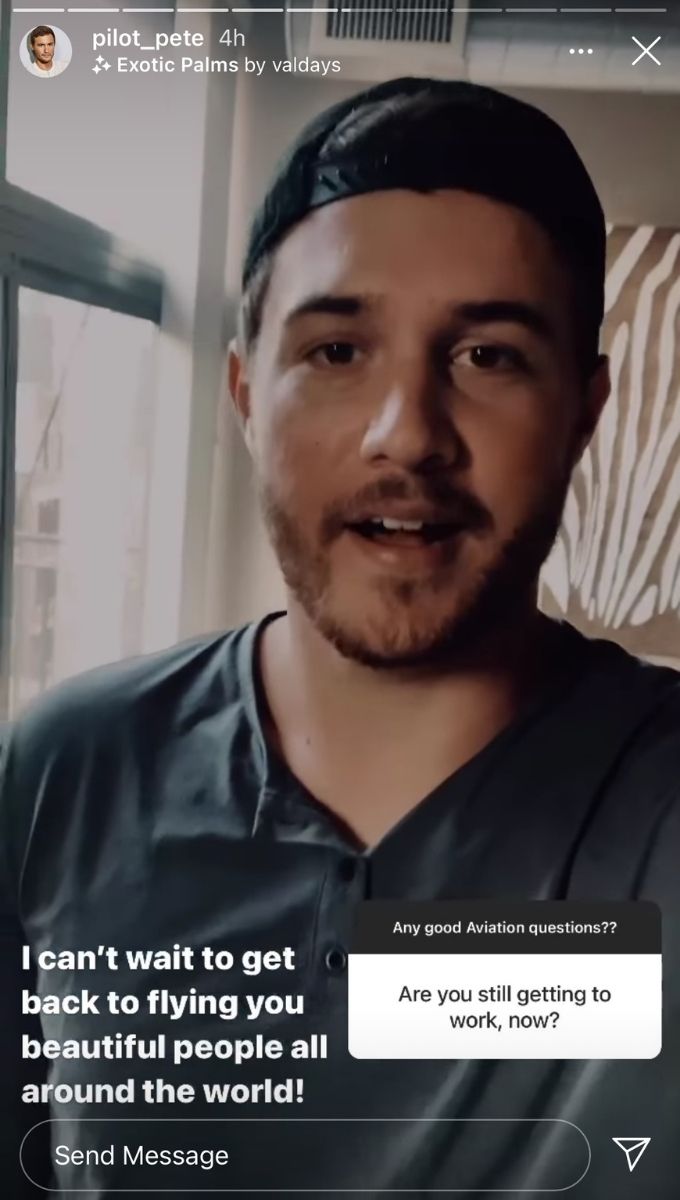 He didn’t share details about what he’s doing now, but die-hard fans know he is currently staying with Kelley Flanagan in Chicago at her apartment.

Kelley explained that she can work from anywhere as a lawyer and that she would like to stay in Chicago or move to New York. She does not see herself in Los Angeles, where Peter was living with his parents prior to The Bachelor.

Before the pandemic truly hit, Peter and Kelley were working on their relationship. During the shutdown, they have grown closer and are making plans for their future together.

Peter and Kelley are planning on moving to New York City once things return to normal and Peter can return to work for Delta as a pilot.

And while they are making big plans for their lives together, Peter has not gone down on one knee just yet to propose to Kelley.

Earlier this month, Peter and Kelley shut down engagement rumors after a source claimed that save-the-date cards had gone out for the couple’s wedding.

They shared that they were not engaged and they were not busy planning a wedding. Instead, they are still getting to know one another and enjoying their time together during the pandemic.

The Bachelorette airs Tuesdays at 8/7c on ABC.