Fans of The Big Bang Theory will know that Penny Hofsteder actress Kaley Cuoco has embarked on a number of new ventures since leaving the show earlier on this year. With the star taking up a number of new ventures including creating the TV adaptation of The Fight Attendant, fans may be wondering what’s next for the leading actress. Now, she has dropped a huge teaser with a Friends themed Instagram post.

Fans of The Big Bang theory has seen the main cast of the show land huge roles since the CBS sit-com wrapped its final episode.

With Leonard Hofstadter star Johnny Galecki returning to Roseanne, and working on a brand new sitcom titled The Squad fans may be wondering what the former on-screen couple could be working on next.

Now, Penny star Kaley Cuoco has taken to Instagram to share a snap of her recreating the NBC sitcom’s opening sequence.

The star posted a photo to Instagram of her and Big Bang producer Suzanne McCormack holding umbrellas on the iconic orange sofa. 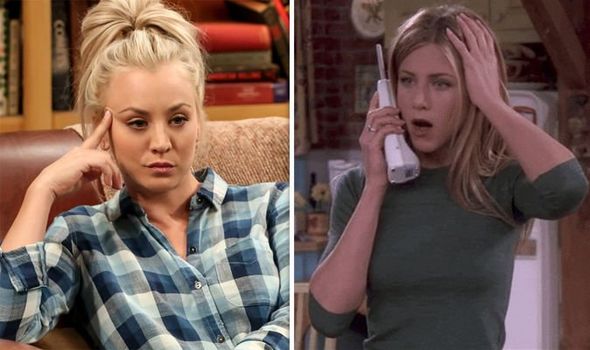 The caption read: “With my partner in production crime @suemack8 takin it all in @hbo maxis and duh we found the Friends couch #hbomax coming April 2020.”

Could a Friends crossover be one the cards?

Fans certainly seem on board with the idea, with one user commenting: “Could defo see Penny & Rachel as friends”

“The Big Bang Theory and Friends???? The most epic crossover EVER,” added a second. 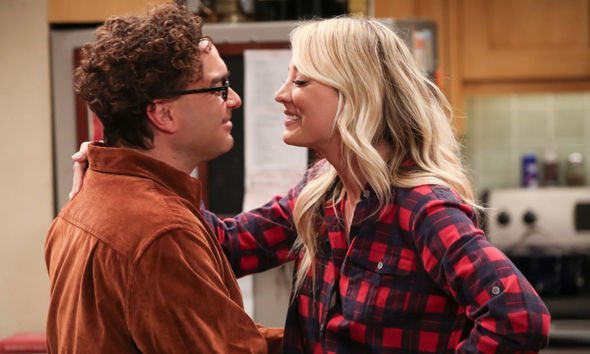 “If there will ever be a friends reboot you’ll be one of the three girls for sure” added a third.

While fans may not be in for a real crossover anytime soon, both the sitcoms will feature together on the new streaming service mentioned in the star’s new post.

HBO Max is a new upcoming streaming service from the US network that will add a number of popular shows to it’s site.

Moreover, both Friends and The Big Bang Theory are headed to the WarnerMedia service when it launches in April next year.

Meanwhile, it has been revealed that Leonard star Johnny Galecki will be reuniting with a familiar face on the CBS sitcom.

The actor is set to make a shock reunion with The Big Bang Theory alumni Anthony Del Broccolo, who was a writer on the show.

Titled “The Squad,” this new sitcom revolves around a new group of friends, some of who are enemies at times, but all of them find companionship and common ground in their mutual love of competitive eSports.

As for what Johnny and Anthony’s roles are, both them will be behind the camera, something which is totally different for Johnny after playing Leonard Hofstadter on CBS’s hit The Big Bang Theory for 10 seasons.

It has been reported Johnny will executive produce alongside Holly Brown of his Alcide Bava Productions banner.

NBC who recently picked up the show has put the multi-camera comedy about the virtual world into development.

With the Sitcom in its early stages, showrunners are staying tight-lipped on the finer details of the plot.

The Big Bang Theory season 12 is available to stream on Netflix.