Originally created for Cartoon Network’s late-night programming, The Boondocks focused on the antics of two young brothers, Huey and Riley, who live with their cranky grandfather, Robert “Granddad” Freeman. The animated series follows the family as they relocate from a dangerous neighborhood in Chicago to a predominantly white suburban neighborhood.

The series served as a platform for its creator, Aaron McGruder, to voice his views on pressing social justice matters like racial injustice and politics. The series ran for four seasons, and HBO Max planned to reboot it. Unfortunately, recent reports tell us that the much-anticipated reboot may not happen after all.

‘The Boondocks’ reboot won’t happen on HBO, but maybe somewhere else?

In 2019, HBO Max put plans in motion to reboot the popular series. TVLine recently reported that The Boondocks has been canceled despite not premiering yet. The reboot was supposed to include 24 new episodes, split into two seasons, plus a 50-minute special.

According to Variety, actor Cedric Yarbrough announced news of the failed reboot. Yarbrough brought the character Tom DuBois to life in the original series. One of the main characters of the series, Tom was a black lawyer with a white wife and a biracial child.

Yarbrough revealed the news on the Geekset Podcast. But he said little about the reasons behind the cancellation. He mentioned that he hopes they’ll be able to revisit the project someday. Deadline also confirmed that the series was axed, citing a source who stated that Sony Animation Pictures is “evaluating other options for the project.”

‘The Boondocks’ started as a comic strip

The Boondocks original series aired in 2005 on Cartoon Network’s Adult Swim lineup. However, the story of the Freeman family started long before that, in 1996. According to Looper, before the comic strip gained popularity, it debuted as a webcomic on The Hitlist Online. When the comic gained regular readers, creator McGruder pitched the idea to his university newspaper.

McGruder was studying African-American studies at the University of Maryland at the time. When The Diamondback picked up the comic strip, McGruder was paid $30 per strip. McGruder pulled his work from the university paper after an incident where a printing error resulted in the comic being left out of one edition.

In 1997, McGruder decided he wanted to get The Boondocks into a national newspaper. He submitted his work to seven of the nine major newspapers but experienced a lot of rejection. The publishers were concerned that the strip was too edgy for the more light-hearted funny pages.

It took two years for a national newspaper to feature the comic strip. It ran for seven years until McGruder decided to stop writing the strip and focus solely on the animated series.

Two ‘Boondocks’ episodes were too controversial for TV 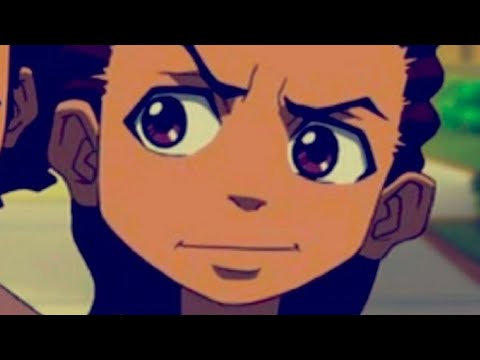 At its peak, The Boondocks comic strip became one of the most widely-read comics in history. It ran in nearly 350 newspapers in the U.S. alone. The comic was also the target of heavy censorship. Some newspapers worried that the comic’s sensitive subject matter would cause a backlash, so they buried it on the editorial page.

The TV series included the same type of content, making it too controversial for many networks. McGruder eventually struck up a deal with Sony Pictures Television. It aired on the late-night, adult-oriented Cartoon Network block of programming known as Adult Swim. Although Adult Swim was a good fit for mature material, two episodes never aired in America.

McGruder used his series to launch an attack at the BET network. Two episodes in the second season centered around how the network was harmful to the Black community. One episode portrays executives at BET targeting the Black community, while another features Uncle Ruckus’s (an insanely racist character) BET reality show.

The LA Times reported BET’s extreme reaction to the content of those episodes. They threatened a lawsuit against both Turner Broadcasting (owner of Cartoon Network) and Sony Pictures Television. Both episodes were removed from the U.S. lineup that season and were later released on The Boondocks DVD set.

Although fans won’t be seeing a reboot of The Boondocks anytime soon, they can catch the original series streaming on HBO Max.