Bradley Walsh was back presenting The Chase this evening, and joining him in the studio was Mark ‘The Beast’ Labbett in the Chaser’s hot seat. During the show, when contestant Jannette faced Mark at the table, she was asked a question about delicacies, but the answers provided caused Bradley to lose all professionalism, and after laughing non-stop for a minute, he had to restart the question for Janette and Mark to answer.

It was the turn of Becca, Don, Janette and Ronnie to go up against Mark this evening and the team didn’t get off to a great start as 21-year-old drama student Becca was knocked out very quickly.

As for Don, he improved their overall luck by answering six questions correctly in the cash builder and adding £6,000 to the jackpot.

Janette followed him and she managed a steady £7,000 in her first round. 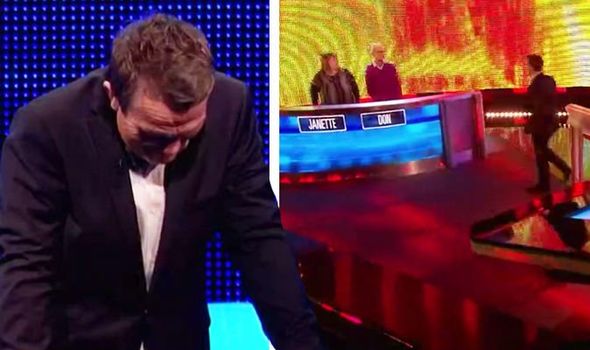 However, he never got round to revealing all possible answers as his laughter got the better of him.

Those watching at home saw him stumble on answer B and while Janette remained composed, Bradley threw his head back and chuckled away for quite a while.

The camera then turned to Mark who was looking bored and Bradley stopped, took a deep breath and re-read the answers.

When the clock started both Janette and Mark pressed their buzzers. 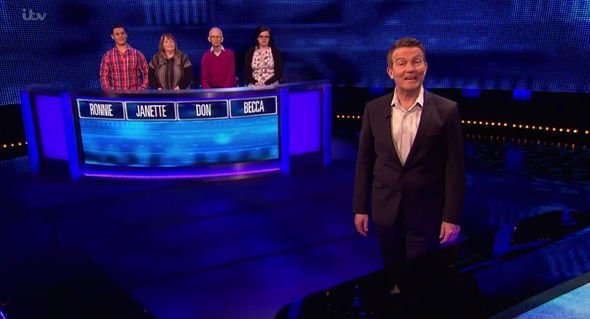 Janette had chosen A, and it was then revealed that was the correct answer – which Mark had also chosen.

“He’s off #TheChasem,” another remarked.

Someone else wrote: “Love it when Bradley cracks up! #TheChase.” 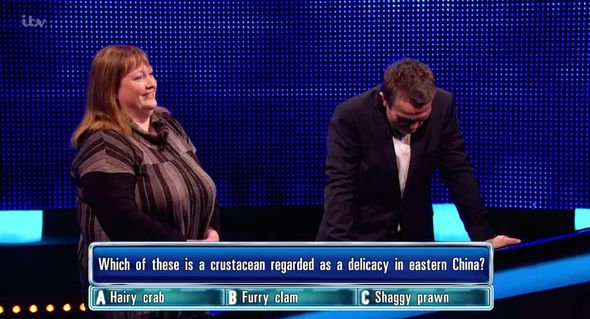 A viewer commented: “Love when Brad loses it on #TheChase.”

As for how the rest of the game went, Ronnie managed to answer five questions and was tempted by a staggering £57,000 high offer.

After hearing his teammates advice, he stuck with his £5,000 but was beaten by Mark and for him, The Chase was over. 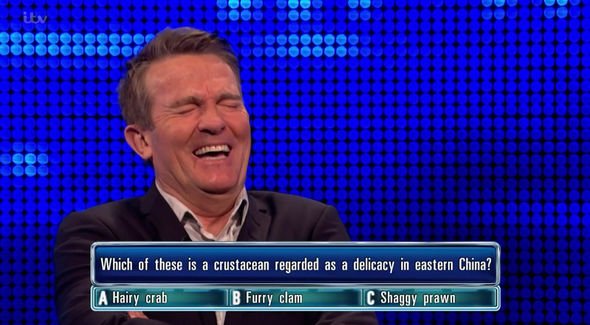 Together they managed to get 16 steps, but pushbacks were needed if they were going to go home with any money.

With four opportunities to pushback, two executed, Mark caught them with 22 seconds remaining.

“It might not look in the scorebook, but I think I played well to win that game, there were some real stickies!” Mark commented.

The Chase airs weekdays at 5pm on ITV.