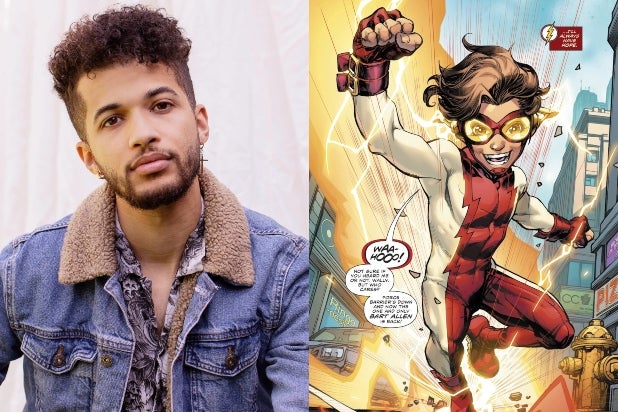 A chip off the old block: Jordan Fisher will join “The Flash” as Bart Allen/Impulse, the son of The Flash who possesses his dad’s superspeed abilities.

And because its a comic book show, Bart Allen will actually be Barry and Iris West-Allen’s son from the future (they’ve already been visited by one futuristic offspring, though that didn’t end so well). Fisher’s debut will come during the CW series’ 150th episode this spring. He’ll be a recurring guest star.

Here is how CW describes their version of the character: Bart is the fastest teenager on the planet, but due to Bart’s penchant for wildly impulsive behavior, stunned parents Barry and Iris will have their hands full trying to teach their new son patience. But it’s a task they’ll have to accomplish, in order for their family to work together and stop Team Flash’s biggest threat yet.

The CW version is a bit of departure from the character in the comics, where he’s the grandson of Barry, and also happens to be a descendent of The Flash’s nemesis Reverse Flash. The character was created by Mark Waid and Mike Wieringo in 1994. He also spends time as the fourth iteration of The Flash.