Though much of The Handmaid’s Tale Season 3 Episode 6, “Household,” centers on the political as June and the Waterfords travel to Washington, D.C, it culminates with a revelation that is deeply personal. When Gilead asks Switzerland to act as a neutral party and negotiate with Canada for Nichole’s return, June tries unsuccessfully to make a bargain for her daughter’s safety in a charged sit-down with the Swiss authorities. Later, one of the Swiss diplomats makes a surprise appearance at the house where June and the Waterfords are staying. The diplomat’s not there to offer June help, but to explain why the Swiss don’t feel they can trust Nick, who June had hoped to use as a double agent. Here, June learns for the first time that Nick was a soldier in the crusade, a revelation that crushes her. 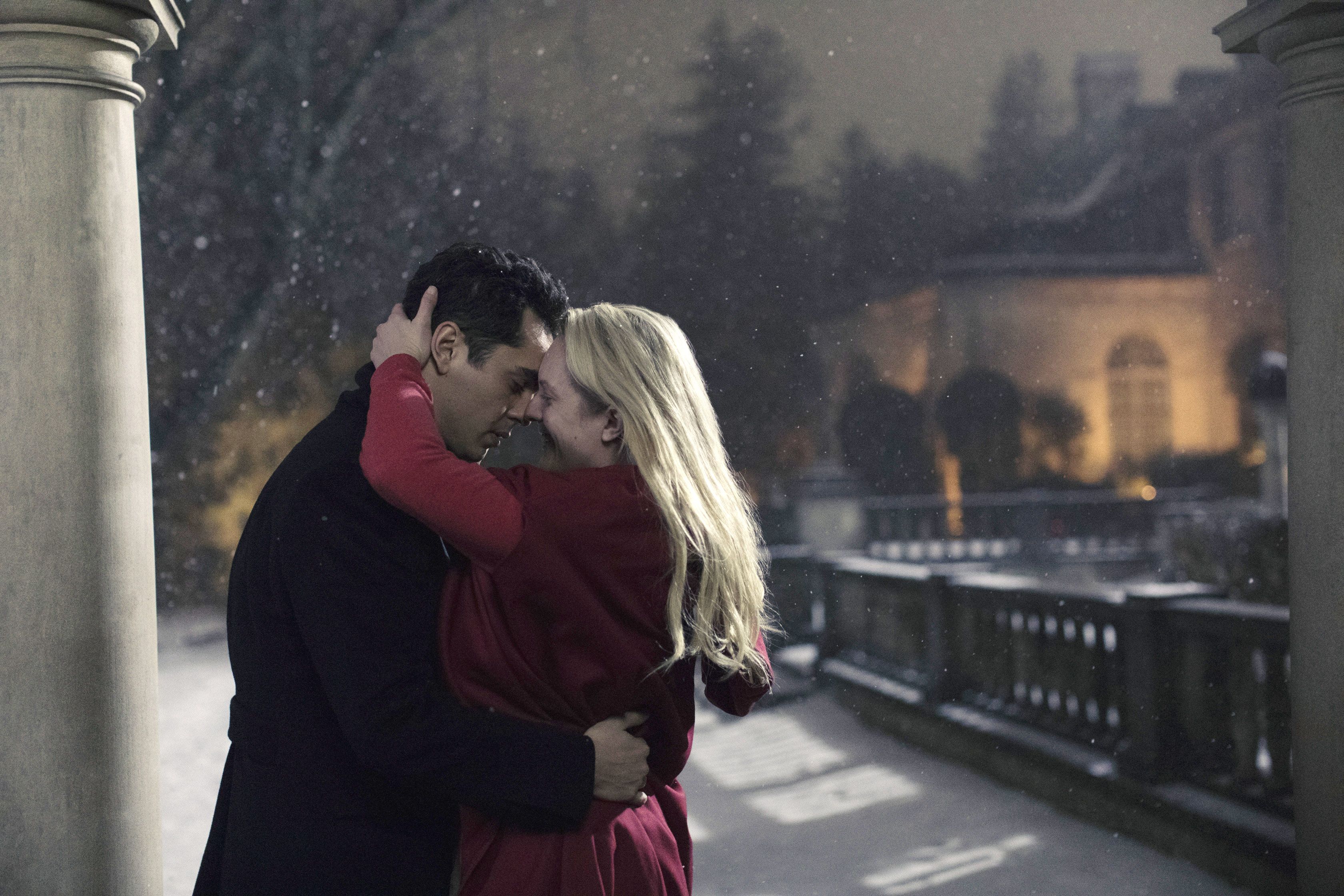 “We’ve seen a little bit of Nick’s induction, we know he was a lost soul, but clearly, there are gaps,” executive producer Warren Littlefield explains. “What we reveal here is that Nick had an automatic weapon, and he fired, and he was far more active on the other side [than June knew]. It’s horrific for June, and for the audience, because we love Nick! Even when he’s dressed up in that black garb, we have a soft spot for him.” The truth about Nick was discussed at length in the writers’ room, Littlefield adds. “That moment was debated a lot, but I think it comes back to the question of who these people are, and situationally how they responded. Isn’t that what war does? Isn’t that what these regimes do to people? You take even someone who is beloved, and you have them do something that is not beloved. We found that to be fascinating and compelling and icky at the same time.”

Littlefield explains why, three seasons in, this is the first we’re hearing of Nick’s past. “Nick is a life raft for June,” he says. “In the middle of this war zone, there is this island of hope and love and decency. They—and we as an audience—have been completely caught up in what they mean to each other. They so need each other in those moments when they’re together, and they’re such precious moments that when they’re together, they don’t dwell in their past.”

The Waterfords’ house burning down in the season premiere was the beginning of a painful awakening for June, says Littlefield. Despite the cruelty she was regularly subjected to at the Waterfords, that physical space had also come to represent a kind of safety that was deeply tied to Nick. “Even though we’re in a war zone, that war zone has been experienced through the majesty and beauty of the Waterford household,” Littlefield says. With the fire, her disillusionment with Serena, and now her wrenching discovery about Nick, June’s world has permanently shifted.