WARNING: This article contains spoilers for The Handmaid’s Tale season 3.

The Handmaid’s Tale viewers were eager to see how June (played by Elisabeth Moss) was going to struggle through the show’s third season last year. However, some of the Hulu show’s more tense scenes involved Serena Joy (Yvonne Strahovski) and Fred Waterford (Joseph Fiennes).

The power couple were, of course, the heinous characters behind June’s continued capture and rape.

But during season three, Serena had a change of heart after losing her daughter, Holly.

In an attempt to get her baby back, she concocted a plan to get herself and Fred arrested by the Canadian police on Canadian soil, allowing them to be questioned about the inner-workings of Gilead.

While Serena has been working with the Canadian government to convict her husband, the final episode of the season saw Fred giving information on his wife, causing her to be detained as well. 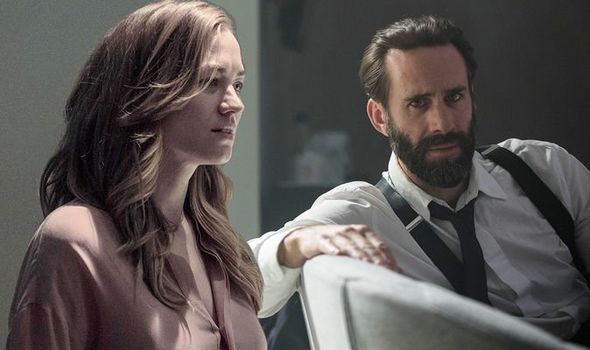 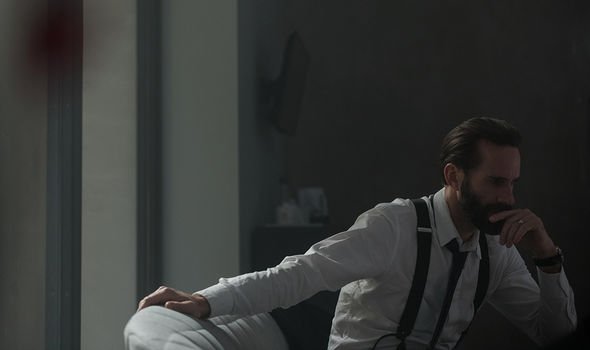 Now, speaking to Gold Derby, Fred star Joseph has spoken about how his character will be continuing his journey in season four.

On Serena’s betrayal, he explained: “He is so shaken by her betrayal.

“They make love that evening [before being arrested] and that’s the first moment of honest contact in many many years. And he feels he has repaired the damage and atoned for not stepping in and stopping her finger being chopped off.

“And then for her to betray him and it seemingly be a trap, I think was so hurtful. 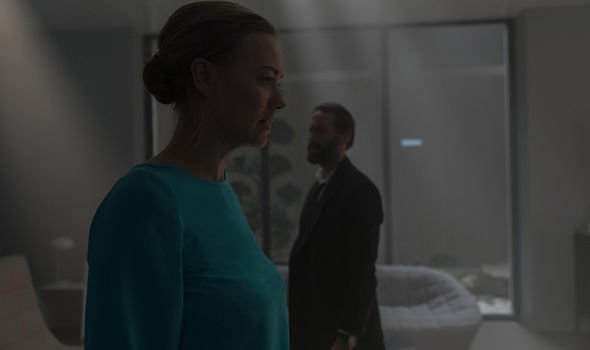 “It was irrevocable, the damage, that he was going to take her down.”

Despite going on to help the Canadians, Joseph dropped the huge news that Fred would be formally arrested during episodes to come.

He said: “He is also – he’s obviously going to be arrested. He’s in a holding cell at the moment, but I think he’ll have a lot to answer for in terms of war crimes.

“So I think there’s a desperate need to become an informer, if you like, and to become, for Canada, the conduit into the machinations of Gilead.

“And if he can present himself to the authorities as a way of prizing open the secrets of gilled… that might lessen his sentence.”

Fred has slithered out of punishment in the past, so it looks like he could just do it again – but will he be able to do so without being charged for the crimes told against him by Serena?

He explained during the video chat: “It’s great when the writers get two worlds to collide and people you would never feel would ever meet are suddenly in the same room.”

He continued: “We pick up season four with another one of those scenes which we just shot with [Elisabeth Moss] and that was really exciting.

“It’s how that relationship further develops as Luke needs more information from Fred.

“And as Fred holds a lot of the cards in terms of Gilead and what might happen to June.”

The Handmaid’s Tale seasons 1-3 are available on Hulu and NowTV.

This article contains affiliate links, we may receive a commission on any sales we generate from it. Learn more