The Last Czars is available to stream and download on Netflix now. Across six episodes, the series features experts and historians on the Tsarist regime alongside dramatisations of what happened between the years 1905 and 1918. Express.co.uk spoke exclusively to Ben Cartwright who plays Rasputin in The Last Czars to find out more about the man who held a powerful position within Tsar Nicholas II’s family.

Who was Grigori Rasputin?

Originally from Siberia, Rasputin arrived in St Petersburg in 1904-5 and eventually met the Tsar in November 1905.

He then managed to make his way from being a peasant up into the inner circle of the Russian elite and get close and hold influential power within the Romanov family.

He was held in high regard by the Tsarina because of his healing abilities.

WHERE WAS THE LAST CZARS FILMED? 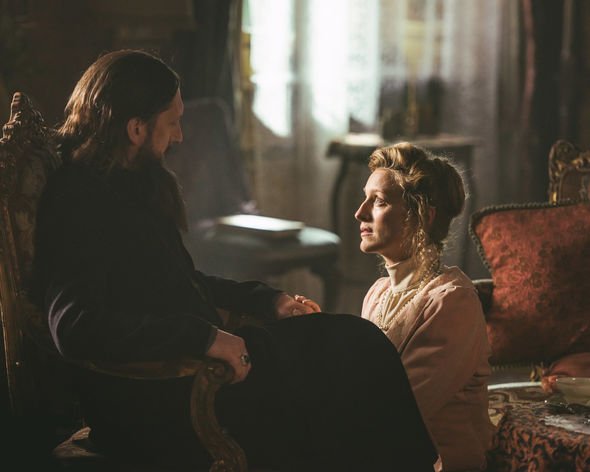 From 1906, Rasputin became the healer for Alexei, the only heir to the Russian throne, who suffered from haemophilia.

Rasputin’s life was filled with controversy, particularly in regards to his religious beliefs and sexual relations with women of the Russian nobility.

Rasputin believed in giving into temptation and sin so he could be saved by God.

He was viewed as sexually promiscuous, a drunk and as someone who was easily bribed.

Ben Cartwright who plays Rasputin in The Last Czars, explained what he thought of Rasputin and what it was like to play him.

He said: “I knew exactly who Rasputin was. Soon as you hear the name you can see the image, it immediately flashes in your head, the person.

“I didn’t know which direction to take it in really. I bought Douglas Smith’s biography which was released a couple of years ago because obviously, the first thing, the legend, the legacy, which is he was mad monk, long hair, long beard, outspoken, heavy drinker, womaniser, the devil incarnate all that kind of stuff.

“For me, I found it much more interesting was that none of those things were necessarily proved.

“He was basically used as a bit of scapegoat after he died by people who did not want to get into trouble with the Bolsheviks who were bringing down everyone who had anything to do with the upper order. It was very easy to point the finger at Rasputin and say it was him and he did all these things.”

He added: “I find it really interesting to think of him as this holy wanderer, this religious pilgrim, restless spirit who is seeking salvation and enlightenment.

“He found god in all things, especially the Russian landscape and he would take himself away on retreats for years in complete isolation and live off the land.

“You hear stories of him being beaten and robbed while he was out there and he would forgive and give the people his food and I am finding that much more interesting, and the fact that this incredible sort of journey of where he came from to then becoming in the complete inner circle of the most powerful family in the world potentially.

“He was a humble Russian peasant inspired by divine visions who placed his special gifts in the service of the royal family and his beloved Russia and that is the sort of man I was interested in.”

WHO WAS TSAR NICHOLAS II? 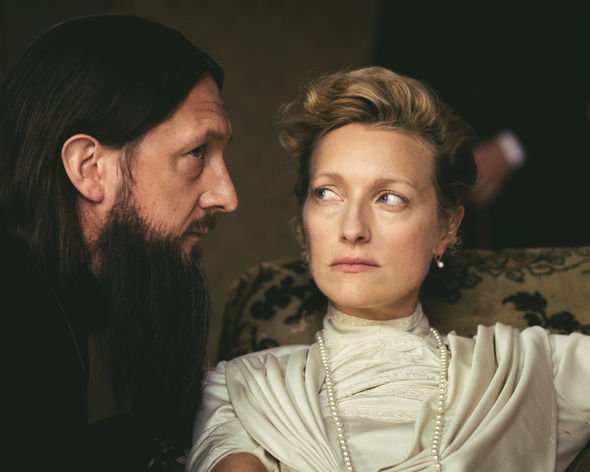 When the Tsar appointed himself commander-in-chief of the Russian Army in 1915 and travelled to the eastern front, power was left in the hands of his wife at home.

Alexandra listened to the advice of Rasputin, looking to him as a godly figure.

As a result, Rasputin’s political influence and rule over Russia at home continued to grow.

Rasputin and Alexandra became increasingly unpopular among the people, who held them responsible for continuous war defeats and food shortages, poor working conditions and inflation at home.

Rumours began to spread amongst the people and the Russian elite that Rasputin and Alexandra were having an affair, which discredited the government and tarnished the Romanovs’ reputation across Russia.

Sexually explicit drawings of Alexandra and Rasputin began to circulate in revolutionary propaganda and in and amongst the political circles, it was almost impossible for the Romanov dynasty to ignore.

HOW MANY EPISODES ARE IN THE LAST CZARS? 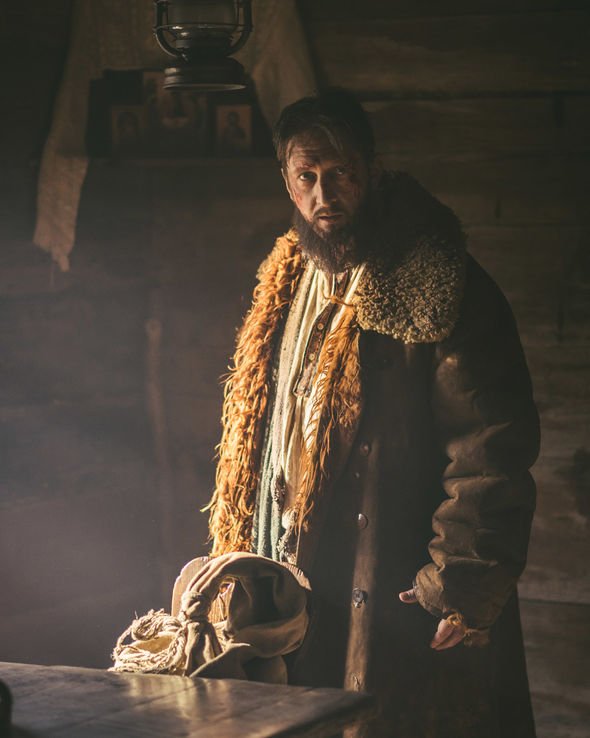 The political elite of Russia was also becoming dissatisfied with Rasputin’s influence in Russian affairs and he was seen as responsible for replacing and appointing new ministers of his choice.

Not much is known for certain about Rasputin’s life and many things known about him are down to hearsay and legend.

There were two attempts made on Rasputin’s life, one in 1914 which failed and several in 1916.

In July 1914, a peasant woman named Khioniya Guseva attempted to kill Rasputin outside his home in Siberia.

On December 30, 1916, the Tsar’s nephew Prince Felix Yusupov, the Grand Duke Dmitri Pavlovich, and the right-wing politician Vladimir Purishkevich came up with a plan to kill Rasputin.

After reportedly being poisoned with cyanide, Rasputin survived several attempts on his life that evening.

In the end, he died of three gunshot wounds to the head.

Rasputin’s body was later found under the ice in the Malaya Nevka River on January 1, 1917.