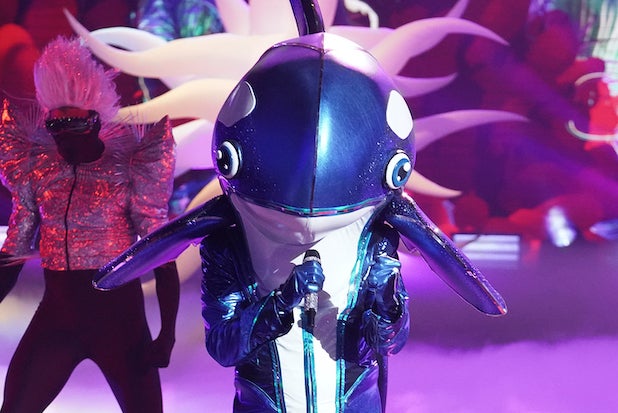 (Warning: This post contains spoilers for Wednesday’s “The Masked Singer.”)

“The Masked Singer” unmasked its latest contestant tonight, revealing that Orca was “singer” Mark McGrath, who is best known as the lead vocalist for the band Sugar Ray.

We put quotation marks around “singer” there because McGrath said he puts them around the word as it applies to himself — and he explained why he was “never going to win” the Fox singing competition, despite the fact that he is a “singer.”

“I was supposed to do the show and initially I said no way. To be honest with you, it scared the heck out of me because it’s a singing competition,” McGrath told TheWrap. “Now I know you’re saying, ironically, ‘But Mark, you’re a singer?’ Now, I use the word singer in quotation marks, always, when you refer to me. I have a tone, let’s say. You know, Bob Dylan has a tone. Anthony Kiedis has a tone. I’m not comparing myself to them, but there are people who have tones in this business that aren’t technically five-octave Mariah Carey singers.”

Eventually, McGrath turned that “no way” into a yes and decided to take a chance on the singing competition.

“And then I’m like, how many times in your life do you have a chance to be challenged?” he said. “To scare yourself? And also be in a mask, and you have a chance to have some anonymity and maybe finesse your way a few inches in the show? Now, Mark McGrath was never going to win ‘The Masked Singer,’ not in a million years. It’s a singing competition — world-class singers win it, as they should. But Mark McGrath — and I don’t know why I’m speaking in third person — but I certainly thought I could have a lot of fun. It’s one of my kids’ favorite shows. And like I said, it scares me, it’s a hurdle, it’s a challenge.”

So McGrath agreed to the whale of a gig and decided not to worry too much about his tone.

“My voice, it is what it is. Back when I was recording [Sugar Ray’s] ‘Fly,’ that became our first hit, our producer said to me, ‘Listen Mark, you don’t have that great of a singing voice. You’re musical in your speaking voice. So let’s stay in that margin. If you do, I think we can sell 2 million copies of this single alone,’” McGrath said. “And I’ll be darned, I listened to our producer and then it happened.”

Much like other professional singers — sorry, in McGrath’s case, “singer” — who have competed on the show before him, McGrath lobbied to perform one of his own songs while under the mask. And just like those who have tried before him, the producers shot him down.

“I said please. I begged them to do a Sugar Ray song. I begged them because no one had ever done it before,” McGrath said. “I think Seal wanted to do [his own song when he competed on Season 2], but didn’t get to. But I fought for it. I said, ‘Guys, please, I promise I can fool them. I know it.’ They entertained the idea for a little bit but it slowly went away, along with some of my other bad ideas (laughs).“

“The Masked Singer” airs Wednesdays at 8/7c on Fox.