The Masked Singer: The Sausage performs on stage

The Masked Singer fans are adamant Sheridan Smith is the celebrity hiding underneath the extravagant Sausage costume. But, some think Joss Stone’s voice sounds exactly the same as the famous face desperate to keep their identity a secret and one even pointed out the connection between a clue in the VT package for Sausage and the singer-songwriter’s birthplace.

Sausage took to the stage and performed Rag’n’Bone Man’s Skin for their first appearance.

The clues in week one which accompanied the song discussed the celebrity’s personality.

“The thing about Sausages is that they’re a combination of a little bit of everything, and I guess you could say the same about me,” they told viewers.

“With my chips and my newspaper wrapping, I might look a bit of a tomboy, but I really am a girly girl. 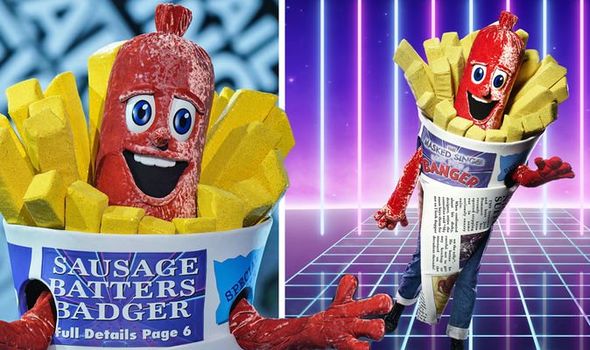 Following the song, Sausage gave the panel another clue: “My performances are something of a balancing act.”

Some people on Twitter, including panellist Davina McCall thought Billie Piper was disguised as Sausage, while others suggested Stacey Solomon.

Stacey’s fellow Loose Women discussed the rumour and Coleen Nolan said: “I think it definitely sounds like Stacey. There’s elements of it. And she loves sausage and chips.” 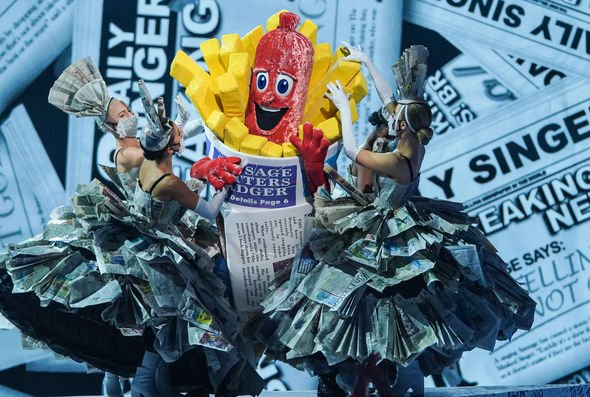 Following on from this, Sausage’s second performance sent viewers into a frenzy.

The second VT saw Sausage cakes themselves as “gourmet or no-nonsense” which them being “definitely a bit of the latter”.

“I don’t mind speaking my own mind and following my own path, but ultimately I love a bit of the simple life,” they said.

“I don’t need a glam party, I’m very happy with a couple of beers and a bag of potato snacks. 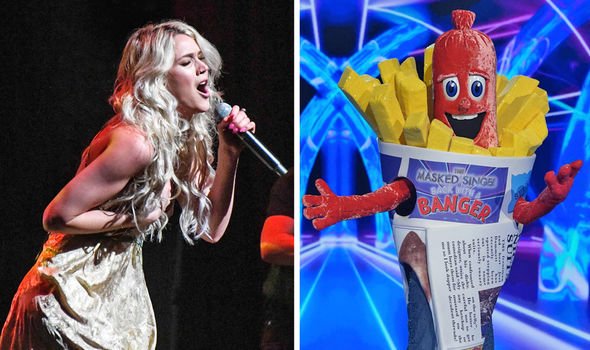 “I’m equally at ease with a night in at home, you’ll most likely find me with a hammer and set of nails because I love a bit of DIY.”

While Sausage was back at the beach, those watching at home spotted two-pint glasses and a packet of potato crisps on the bench, suggesting a Two Pints of Lager and a Packet of Crisp’s reference, indicated actress Sheridan Smith was under the costume.

Further evidence also pointed to Sheridan with the two truths and a lie segment.

“My hair colour is officially certified by law / Someone once said I look like a pop star, I sound like a pop star and I am a popstar / I owe my career to a horse,” Sausage revealed. 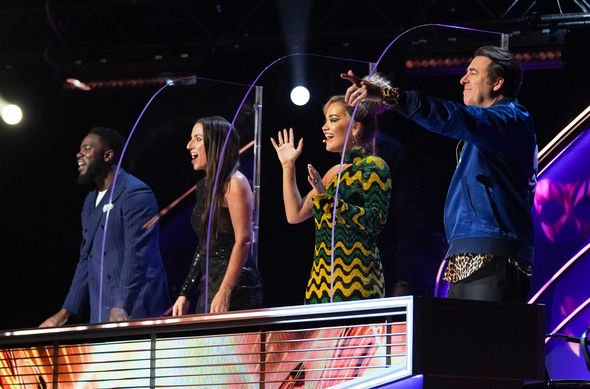 Jonathan Ross explained Sheridan appeared in the West End show Legally Blonde which would fall in line with the first clue.

However, despite all this, fans think they have found out who Sausage really is – and it’s not Billie Piper or Sheridan Smith.

Taking to Reddit to discuss, someone posted a video with the caption: “Sausage sounds exactly identical to this singer no doubt in my mind.”

“The chip shop mentioned Dover Sole, Joss was born in Dover and is a world-renowned soul singer – also if you listen to Joss’ speaking voice it’s very similar to sausage too,” someone wrote underneath the post.

“In the VT last week it said Pub Quiz at 7:43pm – at the time of filming in September (I think?) Joss had released 7 studio albums and 43 singles according to wikipedia,” another wrote.

To add to this, one fan pointed out the clue “I owe my career to a horse” was a reference to an interview Joss took part in when she explained how she went on the talent show Star for a Night to save enough money to able to buy the large animal.

The Masked Singer returns next Saturday at 7pm on ITV.