Phillip Schofield hosts the popular The Million Pound Cube, which was recently brought back to ITV after a few years away from screens. With the stakes now having been raised with the huge prize pot, those taking on The Cube seem even more eager to try and get through all the challenges. First up tonight was husband-and-wife duo Lianne and Andy, who really struggled to get started after it took the latter four attempts to get to the £2,000 prize mark, with viewers dubbing it the “hardest ever” game.

The pair’s first task saw one of them have to step inside The Cube to release a ball into a relatively narrow plastic container, which Andy struggled with.

And after finally caving in and taking the ‘simplify’ option to make the task easier, he completed the challenge soon after.

But the pair failed to leave the ITV show with any winnings tonight after they soon used up their nine lives.

Those watching tonight’s episode commented on the difficulty of the challenges Lianne and Andy had to face before being eliminated. 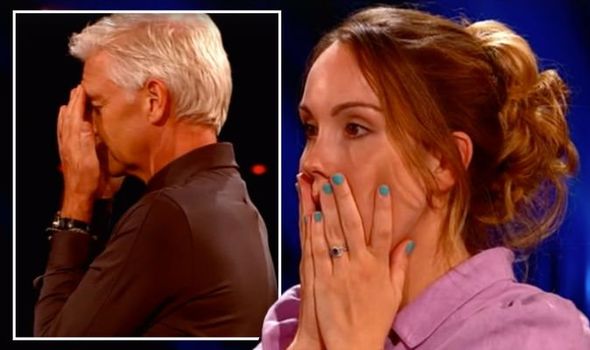 Taking to Twitter, one viewer said: “They were stitched up with the hardest games #TheMillionPoundCube.”

“This is a tough game for game one. They can’t afford to lose another life and waste their swap. I think he’s got it this time #TheMillionPoundCube,” agreed another.

Another fan shared: “These games are tough tonight! #TheMillionPoundCube.”