Mark Duplass’ character Chip Black is the executive producer of The Morning Show. His job gets even more stressful when Steve Carell’s character Mitch Kessler is fired for sexual misconduct. At the end of season 1, Chip confronts Mitch and the two get into a fight. Duplass said that he was initially nervous to punch Carell. 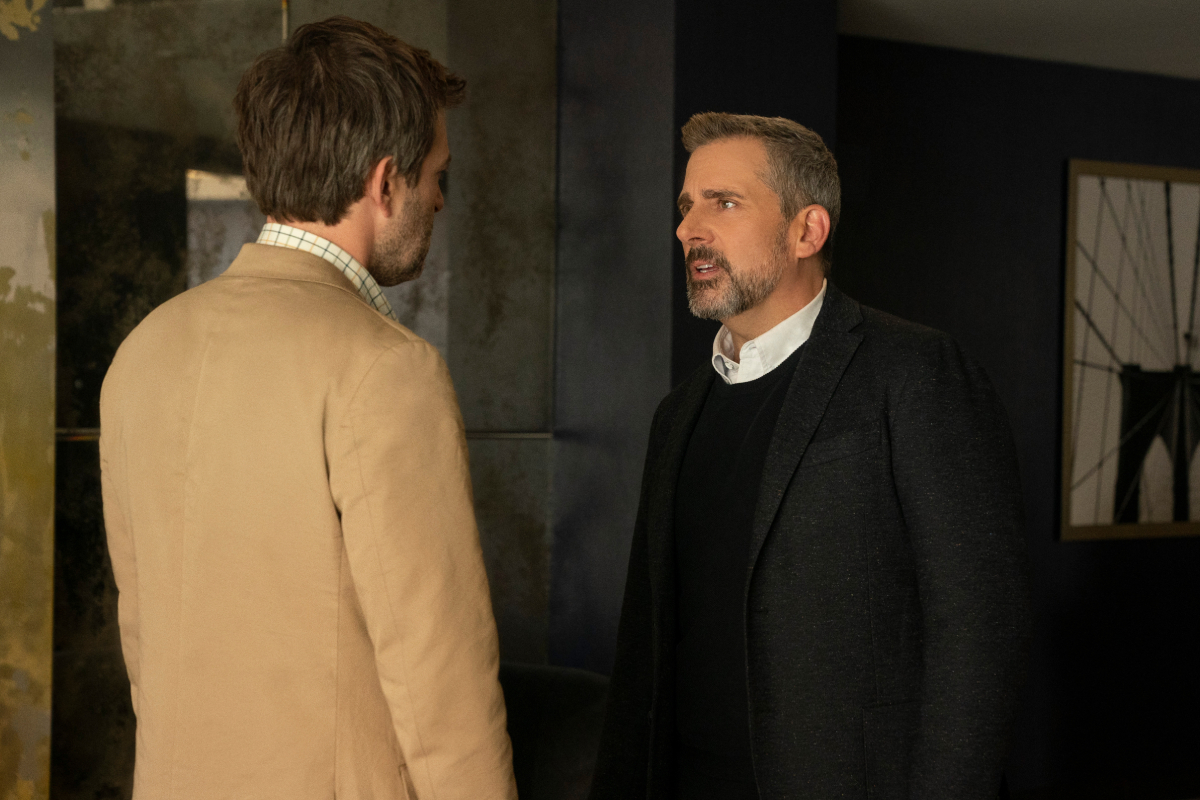 Mitch is a pretty despicable character in The Morning Show. Not only is he a sexual predator, but he gaslights the women he preys upon. Mitch denies his guilt over and over again and never apologizes for a thing. Then in the season 1 finale, Chip goes to tell Mitch about Hannah’s death and punches him in the face, twice. The two fight and Chip reveals tells Mitch he leaked the allegations of sexual misconduct to the Times.

In an interview with Entertainment Weekly, Duplass revealed he has always known Chip was the one who leaked the news. “The two clearest things that I knew I needed to understand to play Chip correctly is that he’s definitely in love with Alex Levy — he’ll do anything to protect her — and I knew that he was the one that leaked it to the Times,” Duplass told the outlet. “That helped me kind of create the barometer with which to do his trajectory.”

Duplass was nervous for his fight scene with Carell

In an interview on Jimmy Kimmel Live! Duplass admitted he was a little nervous to punch a guy as sweet as Carell. “As we were getting into the fight choreography for the scene I was sort of like, ‘You know Steve, let me take the fall on this one. You know you fall on me and I’ll protect you.’”

“He was sort of like, ‘You know Mark I’m not sure you want to do that,’ and kind of took off his jacket” Duplass continued. “I saw him for the first time in his natural state in that tight sweater and the dude is yoked. Like Terminator jacked.”

After that, Duplass didn’t worry about accidentally hurting Carell anymore. “I was like ‘I don’t know if I’m going to make it out of here alive.’” Duplass told Kimmel.

Luckily, Carell knew how to navigate the fight scene. “Steve’s actually really strong, and he did a really good job, when he tackles me, of grabbing me and taking the fall and kind of holding me like a little doll and protecting me,” Duplass told Entertainment Weekly. “He was like a very good older brother to me in that scene.”

Although his character was fired from The Morning Show, Duplass has returned for season 2. Chip is happily engaged and enjoying life outside of UBA. Unfortunately, it looks like things are about to change. At the end of “It’s Like the Flu,” Alex asks Chip to return as her producer and he agrees.