In Peacock’s The Resort, a cold case gives a disenchanted couple reason to hang on a while longer. 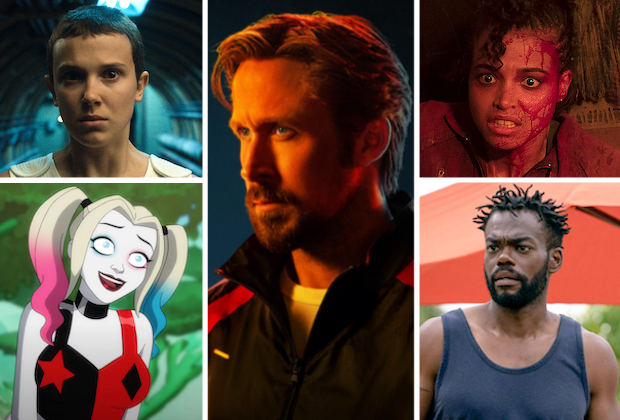 Cristin Milioti and William Jackson Harper star as Emma and Noah Reid, whose 10-year matrimony is in desperate need of a tuneup by the time their shuttle drops them off at Bahia del Paraiso. On their first night, Noah passes out on the couch and Emma heads to the pool, where she takes an online quiz to determine whether she should end the relationship. However, the last question — “When you think of your future, is your spouse in it?” — stops her dead in her tracks. She clearly hasn’t thought that far ahead.

On Day 2, Emma takes a pretty serious tumble on an ATV. Among the wreckage she finds an old Motorola Razr and takes it back to the hotel. Later that night, while Noah is fast asleep, Emma heads into town and manages to procure a working Razr. In the year 2022. She transfers the SIM card from the broken flip phone into the new one and voilà: a 15-year-old, unsolved mystery is unlocked. 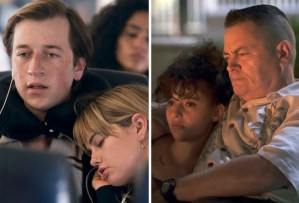 The phone belonged to Sam (Skyler Gisondo), a college student who arrived at the Oceana Vista resort on Christmas Eve 2007, along with his mother Jan (Becky Ann Baker), his father Carl (Dylan Baker) and his girlfriend Hanna (Debby Ryan), who’d been cheating on him with her professor. On Christmas night, Sam went to bed and everything was fine. But the following morning, Sam was gone. No note, no nothing. He’d just… disappeared! And later that day, fellow college-aged hotel guest Violet (Nina Bloomgarden), who’d been vacationing with her dad Murray (Nick Offerman), was also reported missing. No less than 24 hours later, a once-in-a-century hurricane decimated the Oceana Vista and wiped out any potential evidence that could’ve led the authorities to Sam and Violet. 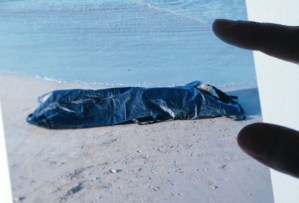 But wait, there’s more! Once the storm passed, a dead guy washed up on shore. His body was so badly mutilated that the authorities couldn’t make a proper ID.

In the present day, Emma is determined to get closure. She wants to know what happened to Sam and Violet and figure out whether the corpse was in some way connected to their disappearance. Noah is initially reluctant to get involved, but after seeing how much it means to his wife, he offers to help her investigate — so long as she agrees that they’ll turn the evidence over to the police before they leave the island later that week. 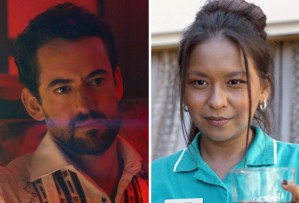 At the end of Episode 1, all Emma and Noah know for sure is that Sam and Violet met at some point on their trip, as evidenced by a picture on Sam’s phone. A flashback, meanwhile, gives us reason to believe that that both Oceana Vista maid-turned-Bahia del Paraiso concierge Luna (Gabriela Cartol), and former Oceana Vista head of security Baltasar (Luis Gerardo Méndez), were up to no good.

What did you think of The Resort Episode 1? Grade the premiere via the following poll, then share your full review in Comments.