The second season of Netflix’s The Umbrella Academy brought back Justin H. Min as a ghost of his character, Ben Hargreeves. The show has yet to address the circumstances of his death. But Min recently revealed that he may know details about how Ben actually died. 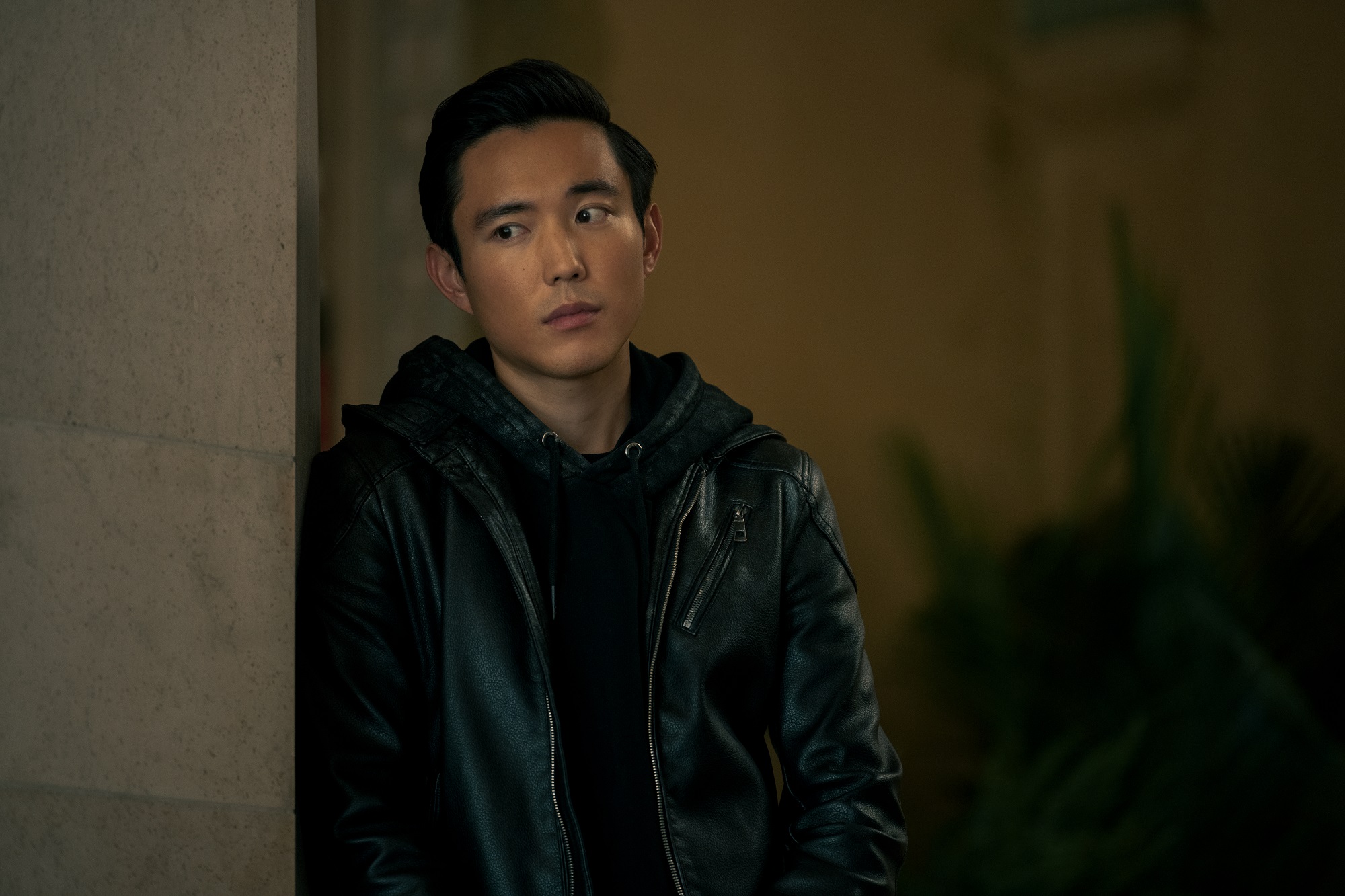 Ben Hargreeves is not in ‘The Umbrella Academy’ comics

Netflix’s The Umbrella Academy is based on Gerard Way’s comic book series of the same name. The first season of the show follows Vol. 1 of the comics, which is titled Apocalypse Suite.

But Justin H. Min’s character on the series, Ben Hargreeves, does not appear in the source material. And in an interview with Collider, the actor addressed the benefits of being able to create this new superhero persona in his own way.

“Honestly, I think I’m the luckiest cast member,” Min said. “In Season 1, I didn’t have to deal with any of the pressures that all of my other cast members had to deal with, with bringing these iconic, beloved comic book characters to life. There was so much pressure for all of them. My character is not in the comic books, at all, so I had free reign to build Ghost Ben from the ground up, and do whatever I wanted to with him.”

The cliffhanger finale of Season 2 left fans with the image of an entirely new Ben in a completely new timeline. After Five (Aidan Gallagher) manages to find a briefcase and jump his sibling back to 2019, they arrive in the future only to find themselves in a new reality. The Umbrella Academy is now the Sparrow Academy. And Ben is now alive leading a group of new Hargreeves siblings.

When talking to Collider, Min shared his excitement over creating yet another version of Ben for the next season. From his looks to his personality, the actor noted that his character will be a completely different person.

“From his appearance to the scar on his face to his hair, we wanted Sparrow Academy Ben to feel completely different from Ghost Ben,” said Min. “I even grew out what I could of my incredible mustache, so he could seem a bit rougher. We had about 20 iterations of that hair that we were experimenting with.”

From the very first episode of The Umbrella Academy, fans have been wondering how Ben died. The show has maintained an air of mystery about his death, aside from the hints that his siblings may have played some part in it. But in his chat with Collider, Min said he may actually know a few details about how Ben died.

“I know some stuff, that’s all I’m able to say, or I’ll be sent to Netflix jail,” Min explained.  “I will say that I appreciate the ambiguity and the mystery behind it. You get into that in Season 2, particularly with the flashback in the last episode, but from a storytelling and writing point of view, it allows them way more freedom when they keep it ambiguous and a little more mysterious.”

Without giving away any spoilers, Min noted that Ben’s death was one of the main reasons the Hargreeves split up. And he suggested that the mystery around this nexus point is meant to keep the story going.

“It’s very intentional, it’s very, very, very intentional,” Min added. “We needed some sort of throughline for Ben’s arc, in the first two seasons. If we didn’t at least have hints of how he had died and under what circumstances, it wouldn’t really have made a lot of sense, so we’ve definitely discussed it. I don’t even have all of the clear answers myself. I’m sure Steve (showrunner Steve Blackman), and maybe Gerard [Way] know, but I have crumbs.”

Knowing he might end up in “Netflix jail,” Min isn’t divulging any details about Ben’s death. Hopefully, if the series is renewed, fans will get answers in Season 3.