“They had the opportunity to do right thing for America, for the Constitution, to render impartial justice,” Rep. Jamie Raskin says 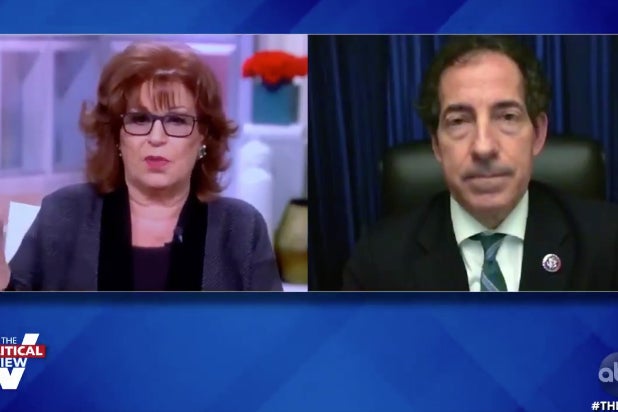 On Monday’s episode of “The View,” Whoopi Goldberg, Joy Behar, and Sara Haines spoke to House impeachment manager Jamie Raskin, who said Donald Trump is now “the GOP’s problem” in light of his impeachment trial acquittal. “I think he’s a pariah in terms of American politics, while he continues to exercise a stranglehold psychologically and politically and financially over the Republican party,” Raskin told the co-hosts. “And I feel bad for the Republicans, because they had an opportunity to do the right thing for America, for the Constitution, and to render impartial justice. But 43 of them didn’t and now he really is the GOP’s problem.”

Raskin acknowledged the truth of Behar’s words, answering, “the whole test here was whether they could meet their oath of office as jurors in the Senate to render impartial justice.” He went on to note that while part of a job in public office is partisan, such as COVID relief packages, there are parts that are extremely nonpartisan, such as helping with social security checks or VA benefits or Medicare.

“We don’t ask whether they’re a Democrat or Republican. That’s the way it should be you are voting on impeachment of a president and whether or not to convict a president for violating his oath of office. And it’s very clear that Donald Trump did,” continued Raskin. “He did nothing to help us, so he surrendered his role as commander in chief. He acted as an inciter in chief and from our perspective, he forfeited any claim to the office and he should’ve been convicted and disqualified from ever running again.”

Watch the clip below.