The Virtues aired on Channel 4 this evening and viewers tuned in to watch Line of Duty’s Stephen Graham deliver yet another incredible performance as Joseph.

Fans were amazed by how much the actor could convey without saying much at all.

The scene in question saw Joseph revisit his old family home, and he was overwhelmed with recurring memories.

Fans were so impressed by the scene and Stephen’s performance that they took to Twitter to comment on the moment.

One person tweeted: “We could be witnessing something special in the brilliant #thevirtues right now on Channel 4. Is there anyone that can make you feel sympathy like the incomparable @StephenGraham73 ? This is something else. It’s not watching TV, it’s living it.”

Another said: “Shane Meadows is excelling himself here. @StephenGraham73 isn’t there. He IS Joseph. Meticulous and beautiful and real.”

“Christ, @StephenGraham73 says so little, but his acting tells us EVERYTHING. This brilliant show just goes from strength to strength,” wrote one more viewer.

Another viewer commented: “Moving and brilliantly portrayed yet heartbreaking.” 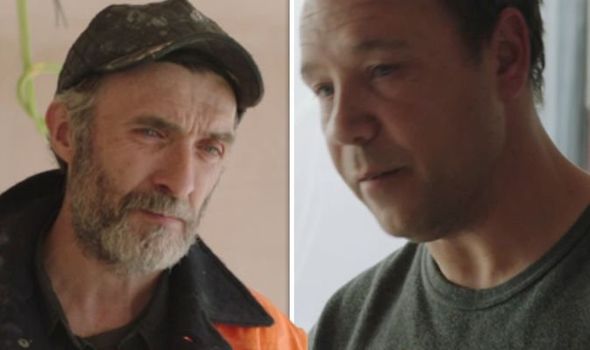 Meanwhile, the first episode of The Virtues aired last week and viewers tuned in to watch the show, but many of them had issues with the sound quality.

After a tense and emotional final meal with Debbie, her new partner and Shea, Joseph spiralled out of control and viewers watched as he battled with hazy flashbacks.

However, viewers watching the show had difficulty hearing the characters’ conversations and took to Twitter to complain.

One said: “What the hell is wrong with the sound. Had to turn my TV volume up really loud and when the adverts come on had to turn it back down again!!! Not good you can hardly hear them talk #TheVirtues.”

Another remarked: “Please, @ChannelFour, is the sound quality fixable on #TheVirtues? I really want to watch this series but it’s just awful, I can hardly make out a word they’re saying.”

“Sound quality on #TheVirtues is terrible. Not sure I can watch this with just a load of mumbling!” said a third.

“Why is the sound so s**t? #TheVirtues,” tweeted a fourth.

The Virtues continues Wednesday at 9pm on Channel 4.