The Voice topped Tuesday ratings for the fourth consecutive week, holding steady with a 0.8 rating in the 18-49 demo and drawing in 6.30 million viewers. NBC’s singing competition led the night alongside the latest episode of FBI on CBS (0.7, 6.44M), which took home the evening’s most viewers.

Both NBC and CBS battled it out for the top spot in each primetime hour on Tuesday, with NBC winning the 8 p.m. and 9 p.m. hours and CBS taking the 10 p.m. slot. NBC followed up The Voice with a new installation of the disaster drama La Brea (0.6, 4.98M), which has maintained steady demo ratings and viewership over the weeks since its premiere. La Brea bested fellow newbies FBI: International (0.5, 5.42M) on CBS and Fox’s Our Kind of People (0.3, 1.33M) , which have also remained steady ratings-wise over the past weeks.

The evening ended with FBI: Most Wanted as the highest-rated and most-watched program of the 10 p.m. hour. The series saw a bit of a bump in rating from it’s lead-in, marking the series’ first rise since its season premiere.

Elsewhere, ABC’s evening peaked with Dancing With The Stars (0.6, 4.11M), which led into A Night in the Academy Museum (0.3, 2.18M), which celebrated the launch of the industry institution.  The special was hosted by Laura Dern and Tom Hanks.

The Resident was Fox’s most-watched and highest-rated program of the evening. 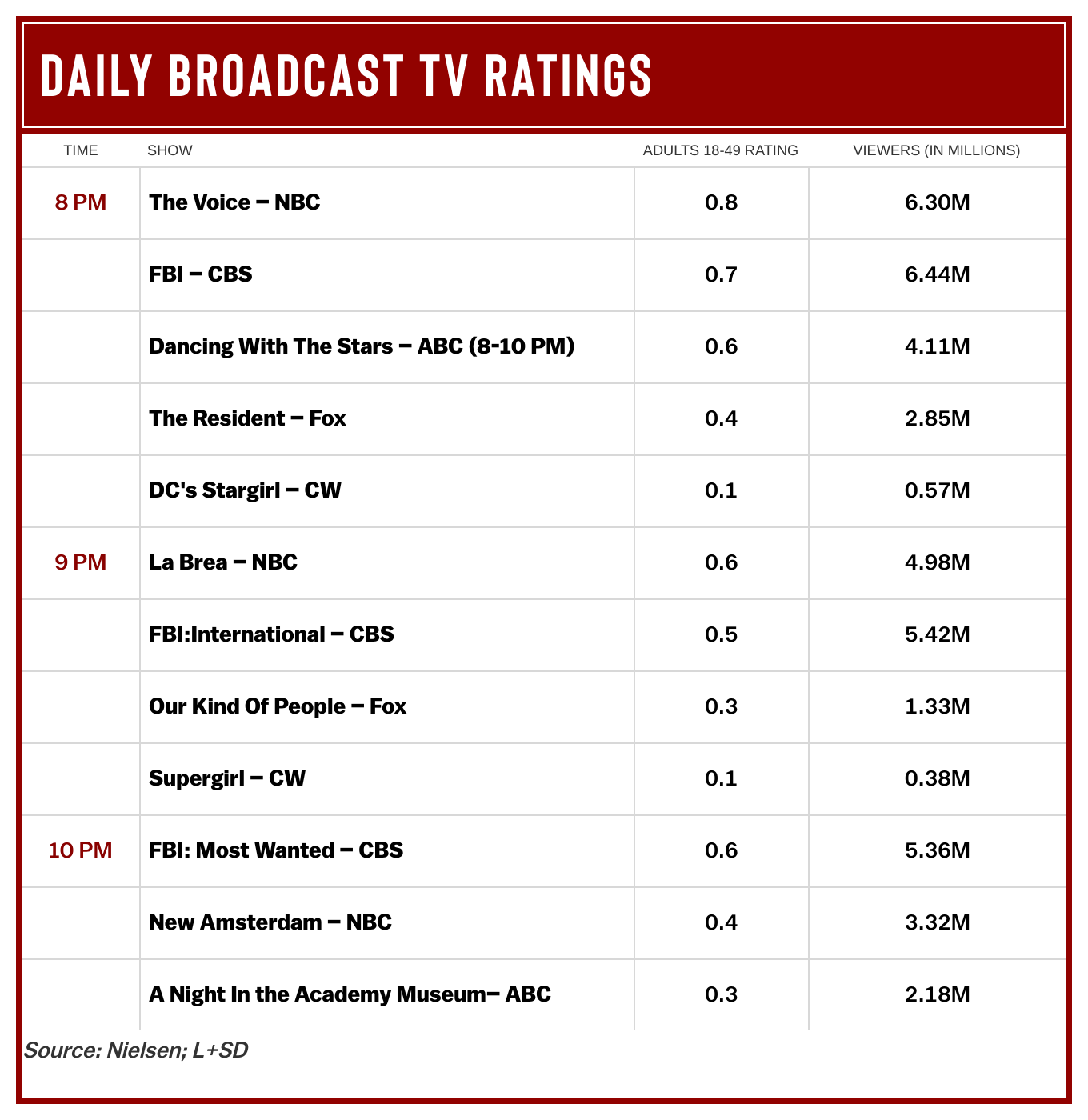