If we were to try to sum up Season 21 of The Voice in a word, it could only be “unpredictable.” How else to describe a cycle that still includes Team Ariana Grande’s polarizing Jim and Sasha Allen but doesn’t include Team John Legend’s superlative Samuel Harness? (Still bitter? You betcha.)

Nonetheless, today I’m going to climb way out on a limb in order to make what are at least educated guesses about the acts that will survive Monday’s Semi-Finals (8/7c on NBC) to compete in the Finals. Ready… set… let’s prognosticate. My picks are…

Wendy Moten | Though likely technically the best singer of Season 21, this veteran vocalist, who had a Billboard Hot 100 hit in the early 1990s, comes off as being as invested in her numbers as I am in a glass that doesn’t have wine in it. But coach Blake Shelton has done such a hard sell for her that she’s never even had to fight for the Wildcard Instant Save. In other words, her place in the finals is about as assured as tomorrow’s sunrise.

Lana Scott | When she’s good, Season 21’s one and only remaining country singer is really good: She can deliver a vocal with a buoyancy and oomph that calls to mind a young Dolly Parton on Red Bull. Trouble is, she’s not always all that good. Still, being the only country act in the contest — and being on Team Blake to boot — she seems as unlikely to be cut during the Semi-Finals as she is to bust out a rap. 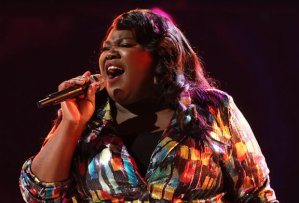 Jershika Maple | It was a commenter on a recap who said it best (and I wish I remembered who to give them credit): Jershika is the singer I want Wendy to be. Not only is the Team Legend standout blessed with a voice that could part a river — by force, if necessary — she’s 1,000-percent present in every performance, living as much as singing each number. After she was made to compete for the Wildcard Instant Save this week, I suspect viewers will take more care to see her though to the finish line.

Jim and Sasha Allen | The father/son duo are as adorable as a panda hugging a koala. As a vocal act, though, eh… they’re at best hit-and-miss, almost like the human equivalent of a radio that you can’t quite get tuned in. Despite the Allens’ shortcomings, however, they’re guaranteed a ticket to the finals, what with being their coach’s last act standing and all. Next season, fewer tears, Ari, and more strategy. 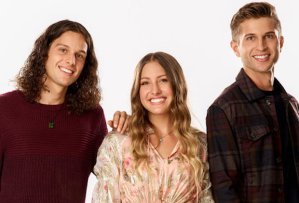 Girl Named Tom | We’ll discuss this more next week, obviously, but the Liechty siblings aren’t just a shoo-in for the Final Five, they’re practically a lock to win. The telegenic trio has their detractors, sure — every act does — but week after week, they dazzle with harmonies that are so heavenly, I half-expect them to sprout angel wings. Great sound, great look (whether or not that should matter), excellent chance of scoring the ultimate victory.

So, what do you think of my predictions? On the money or off the mark? Sound off in the comments and vote in the poll below for the Final Five you expect to see named during Tuesday’s Results Show.