The Walking Dead’s Beta (played by Ryan Hurst) is well known for his long hair and layers of leather, and not to mention the gory mask of human skin that he never removes. Now, it seems the heat from his costume got him into trouble while filming the hit Zombie show.

Speaking to Entertainment Weekly, the actor spoke out about the new outing and revealed he ended up with heat exhaustion when shooting scenes in Georgia.

The Beta star explained: “Oh my God. I landed in the hospital once this year from heat exhaustion.

“I’m in a leather trench coat and two layers under that in Georgia in the summer. It’s no joke, man.”

However, despite his ordeal, the actor revealed he is still a fan of the iconic mask. 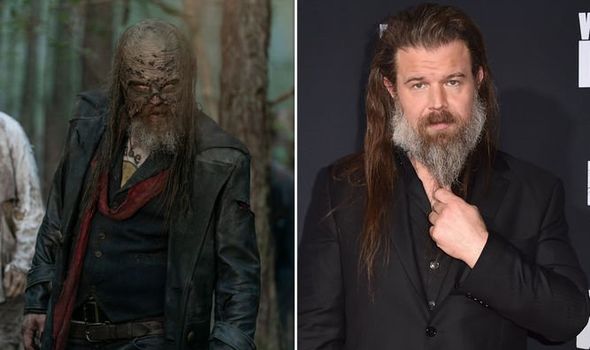 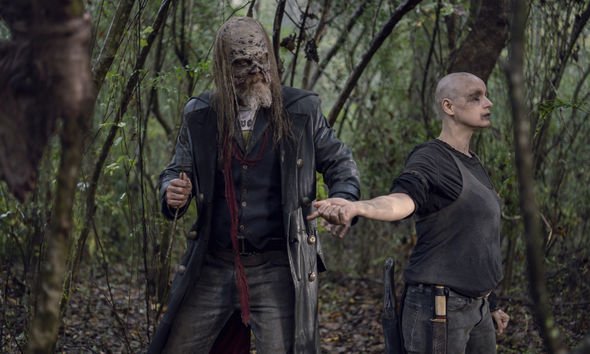 “[Greg] Nicotero [the show’s special effects expert] is a master teacher when it comes to zombie stuff, and it’s so comfortable.

“Even though you’re in Atlanta in 110-degree weather, I love wearing that mask. I really, really do.”

The actor revealed this isn’t the first time he’s had to sweat it out for a role, with the star being known for kitting up for his role on We Were Soldiers. 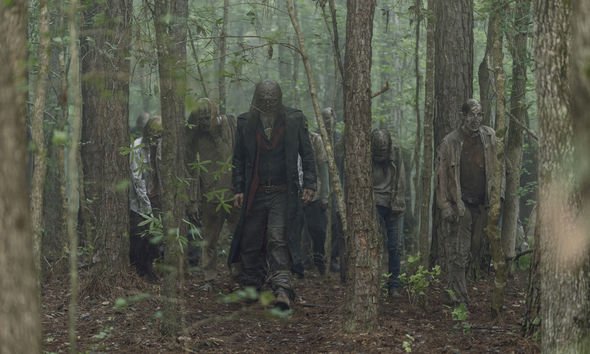 Ryan continued: “Every single job that I seem to do for long periods of time, I’m in 10 layers of leather in 110-degree heat.

“I don’t know why the universe has sort of put that in my path, but I’ve sort of accepted it at this point.

Meanwhile, it has finally been revealed how Alpha (Samantha Morton) and Beta got their names and it’s all tied to Alpha’s sick obsession with the dead.

Episode two of the new outing which aired on Sunday revealed that Alpha was born to be a Whisper as shared her sickening ideas of how to live in a Walker world as soon as she met Beta.

After Beta decided to let Alpha and her daughter hide out at the facility, it was soon revealed how the pair got their names.

When she went off in search of food, she insisted her daughter Lydia (Cassady McClincy) never called her “Mama” again.

Moreover, when Beta asked for her name, she refused to tell him.

Alpha continued: “The dead don’t have names, and we shouldn’t either. Without names or a past, those of us strong enough to still be alive out here can know each other on a primal level.”

Soon after the pair embarked on a brutal killing spree, it was finally revealed how they decided on their names.

Confused, Beta responded: “I thought we didn’t have names?”

The Walking Dead season 10 continues Sunday on AMC and airs Monday at 9pm on FOX.