The Wheel: Michael McIntyre jokes about nobody winning

Michael, 44, was on hand to host the third episode of his new BBC game show The Wheel and welcomed seven celebrities to help the contestants get their hands on an eye-watering cash prize. On Saturday night, it was player Barrie who seemed to keep hitting a stroke of luck as he played three rounds and managed to accumulate a combined total of £21,000. After the first half of the game was complete, the three famous faces who had ranked the best, the middle ground and the worst with regards to how helpful they seemed, were presented with a cash sum. The players were then given three chances to either win £10,000, £21,000 or £42,000 but as no one answered the questions correctly, the jackpot was emptied and left the presenter rather angry.

As this was only the third episode of the series, this was the first time an event like this had happened.

Looking at the celebrities sitting in chairs on the wheel at the end of the programme, Michael said: “Nobody won.

“It’s one of those shows. It’s the happy ending-less show. I’m so depressed,” the presenter remarked, holding his head in his hands.

“Has anyone got some air miles we can give Barrie or something?” he continued as he was disappointed the contestant’s efforts had proved fruitless.

“This show is supposed to raise the mood of the nation. This is worse than Newsnight, this is so depressing.” 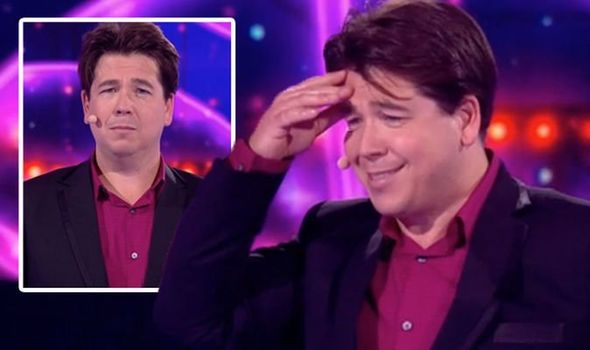 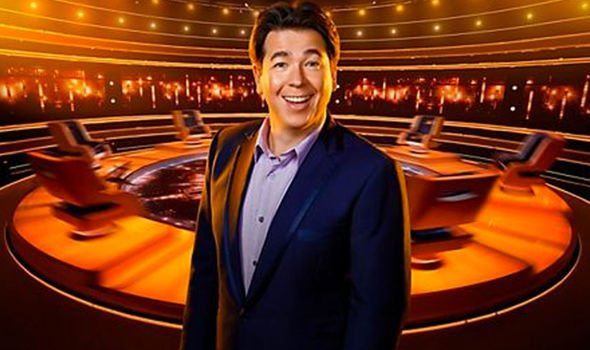 Continuing his furious rant, the host said: “I would rather watch a Prime Ministerial briefing [than this].

“We never thought nobody would win. It maybe came up in one meeting and they were like, ‘No, that will never happen.’

“And look at us now, a bunch of losers,” Michael declared as the celebrities around him burst into hysterics.

“I am so horrified. This has just been the worst night of my life and I am never speaking to anybody here ever again.” 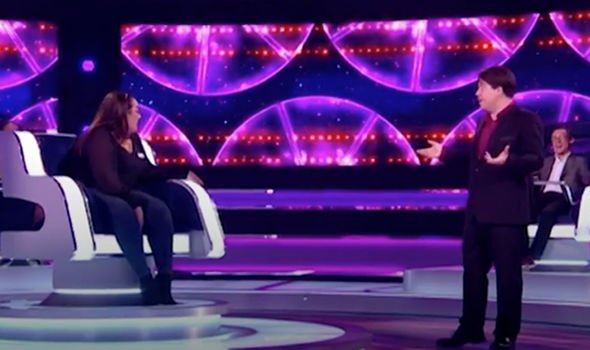 I am so horrified.

The presenter didn’t stop there as he added: “It says in the autocue thank you to the celebrity experts but I don’t think I should read that.

“I would love for you to give us another chance next week at the same time,” Michael told those watching at home before the credits rolled to end the show.

Those who were watching at home did take to Twitter to comment on how they were pleased no one had won if it meant Barrie didn’t lose the money he had accumulated.

One viewer wrote on the social media platform: “No, I’m gutted for Barrie! He did all the work and isn’t winning anything #TheWheel.”

Another fan posted: “I’m properly angry about this. Justice for Barrie #TheWheel,” with a third remarking: “I am so upset for Barrie, bless him #thewheel.”

“If Barrie couldn’t win, no one should have won tonight #JusticeForBarrie #TheWheel,” a fourth viewer commented.

A fifth shared: “#MichaelMcIntyre your show #thewheel has traumatised me somebody please give Barrie money to go to Florida.”

“Ah well at least Barrie will feel much better now, I would feel relieved if I was him! #TheWheel,” a sixth opined.

Although he wasn’t happy with no one winning the jackpot on Saturday evening, Michael is over-the-moon to be hosting the weekend game show.

Speaking of his appointment as presenter, the comedian said: “I am thrilled to be hosting a show that does reinvent the wheel!

“Contestants will be competing to win big money, celebrity experts will have their knowledge put to the test, and I will desperately be trying to avoid too many puns.

“I simply can’t wait to get behind the wheel, I’m dizzy with excitement!”

Michael McIntyre’s The Wheel continues Saturday at 8:20pm on BBC One.