[This post contains spoilers for Euphoria season one episode six.]

With only two weeks left until the Euphoria finale, I am running out of ways to creatively say “damn, this week’s episode was nuts.” So, I’m just going to say damn, this week’s episode was really nuts. Every single minute of this show is cuckoo bananas, and just when you think HBO has run out of plot twists, they hit us with another one. The preview for next week’s episode, “The Trials and Tribulations of Trying to Pee While Depressed,” dropped a major bombshell. Give it a quick watch if you haven’t seen it already.

There’s a lot packed into this 53 second promo, but the most WTF moment is undoubtedly that brutal head-on car crash. I have not spent one full minute of my life not thinking about who the driver might be since seeing this video. TBH, I’ll be completely heartbroken no matter who it is. (…Even if it’s Nate. I have a problematic favorite, okay?) Here are a few theories for who it may be.

It’s low-key impossible to identify the driver, but it could be Tyler. We know that he currently has to wear a neck brace, and if you look closely, it kinda looks like this guy’s wearing one, too. 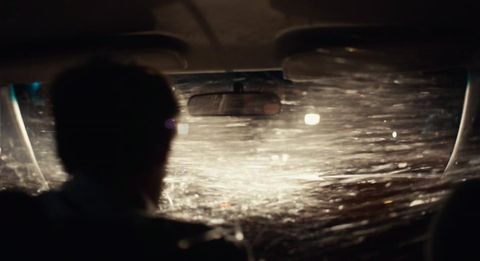 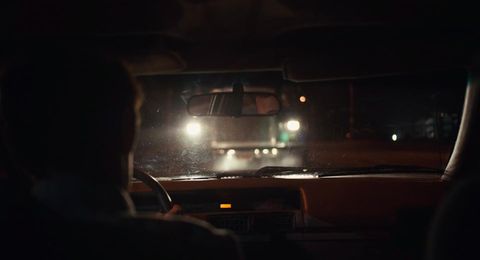 The eyebrows look a little too thin to be Tyler, so this isn’t the most rock solid theory. It’s definitely a possibility, though. 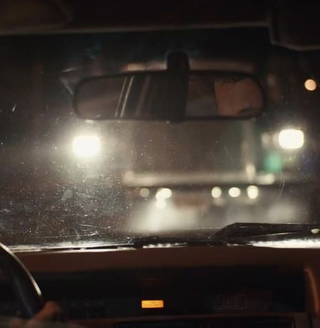 What if the crash is actually part of a flashback? Next week’s episode is all about Cassie, so it would actually make a lot of sense for her father to be the driver in the accident, because this would likely be an important part of her story. We haven’t actually met her father yet, and this might be why. Reddit user G-eode points out that it has to be Lexi and Cassie’s dad, because there’s a scene where they’re seen running down what seems to be the hallway of a hospital with their mother.

Man, I hope this isn’t correct. People seem to think that it’s Ethan…which would be unreasonably terrible because so far, he seems like a super nice guy who actually likes Kat! It’s also worth noting that Kat is seen crying in the promo, and this is definitely something that would upset her. Fingers crossed it’s not Ethan.