HOLLY Willoughby and Phillip Schofield appeared to suffer from a technical blunder on This Morning as the Spin to Win wheel failed to lower on time again.

The competition – which involves simply spinning a wheel with prizes on it – went wrong for the second time in the recent weeks live on air today. 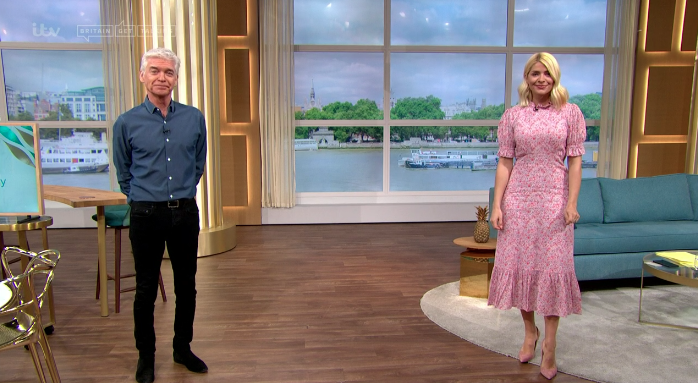 As the pair waited patiently for the wheel to lower, Phil, 58, said: "Last week we had a technical fault with our wheel and we had to do Dip to Win instead.

"We don't know whether it's going to come down – it's up there. Fingers crossed!"

Thankfully, it didn't take too long for the wheel to lower and the pair began with the competition.

Last week, Phillip had to resort to trying to spin the wheel while up a ladder after suffering from the same technical issue. 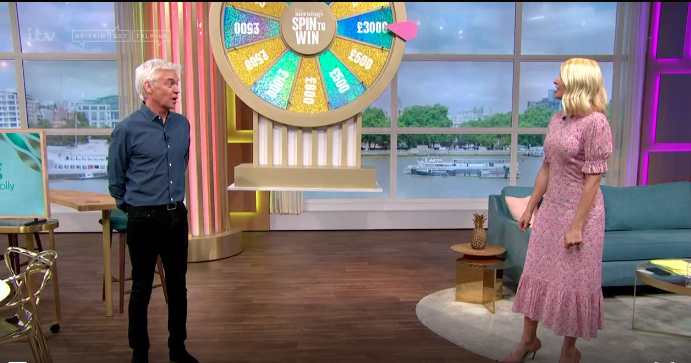 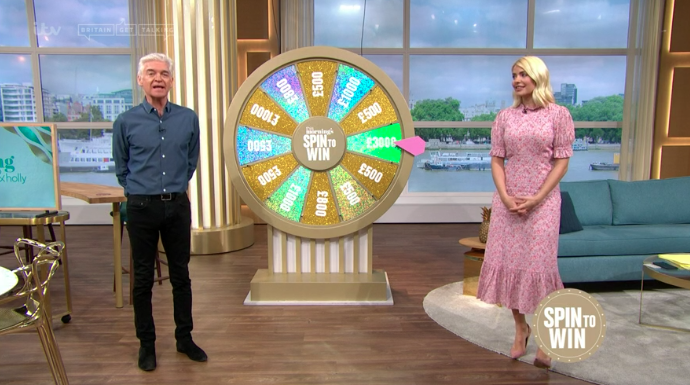 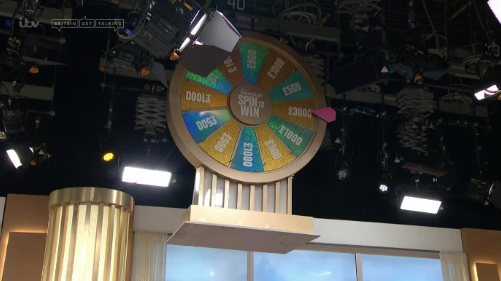 "It won’t come down," Phil laughed as he climbed to the top of the ladder.

"The trouble is in the world we live in now no one can hold the ladder that I’m up," he added before the show went to a break.