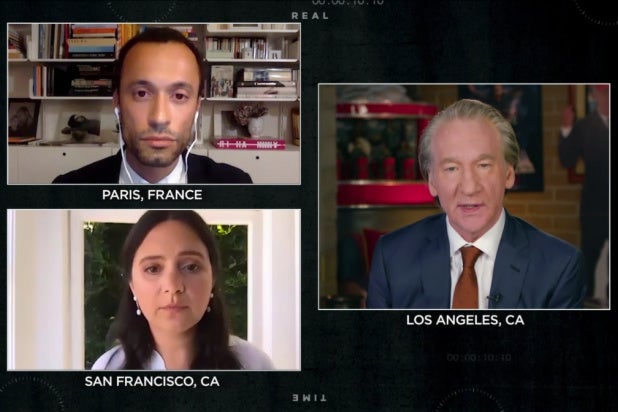 Since “Real Time With Bill Maher” went on hiatus last month, the president has sent federal agents into cities to kidnap protesters, bragged endlessly about passing a test for dementia, and floated the idea of postponing the election. But in his first new episode in a month, Maher spent 20 minutes talking with Bari Weiss and Thomas Chatterton Williams about the dangers of “cancel culture.”

Williams, a fellow at the think tank New America and contributor to the New York Times Magazine, is best known for organizing the “A Letter on Justice and Open Debate,” the open letter published in Harper’s Bazaar that railed against the vaguely defined concept of “cancel culture.” The letter, widely discussed and widely mocked, was signed by dozens of luminaries including JK Rowling and Malcolm Gladwell.

The cornerstone of their arguments to Maher about this topic, can be summed up with a single quote from each of them that came late in the discussion.

“To paraphrase Christopher Hitchens, when you violate someone’s free speech, or you propose to violate their free speech, you are an effect also making the rod for your own back,” Williams said. “The rod of illiberalism can be picked up and used by anyone. And we all seem to think that it’s just our side who will always get to decide, but of course that’s not true.”

Weiss then chimed in with her agreement: “The fact is that ‘cancel culture’ can come for any of us, which is why we have to resist it.”

This led to a particularly interesting moment, in which Williams went so far as to compare his and Weiss’s crusade against “cancel culture” to the late John Lewis’s struggle against systemic racism alongside Dr. Martin Luther King, Jr. during the civil rights movement. Though that struggle was against racial oppression by the government, and the fight against cancel culture seems largely concerned about criticism from people on Twitter.

“This week when we think about an extraordinary life like John Lewis, I want to make the point that his was a view, his was a point of view that was divergent from the consensus at the time that he was alive. Things look so clear to us now, but back then at the time he was defying consensus,” Williams said. “Minorities and the powerless and the oppressed to the best in societies and spaces that are open, that are maximally open, that are maximally tolerant of divergent and even heretical points of view.

“And we need to have all the points of view that we can have because we don’t know what the truth is actually going to shake out to be 10, 20, or 50 years down the road. We need we need to challenge our consensus views. And and when we think about John Lewis, we should think about that was a guy who saw something wrong and stood up and spoke up for it, and he didn’t just adhere to the the the prevailing consensus at the time.”

Weiss decided she would echo this sentiment.

“He did it at unbelievable personal cost. And when we’re thinking about the cultural problems we face — and, Bill, you referenced this before  — where there’s you know, people have avatars, they have a public persona and a private persona,” Weiss said. “And too many people right now do not want to speak up because they are afraid of the consequences and the ramifications. The only way this stops is if people start to speak up.”