Netflix has become the primary home for essential and unbelievable true crime documentary series. With Tiger King becoming a global sensation, subsequent interviews with the show’s stars have confirmed the story doesn’t stop with the final episode.

Documentary fans around the globe have been enthralled by new documentary series Tiger King, which has remained at Netflix’s top spot for the last two weeks.

During the ongoing coronavirus pandemic, it has been speculated the current lockdown has contributed to the series’ viewing figures, which Netflix claim have skyrocketed in the two weeks following its release.

Following the heated rivalry between zoo-owners and big cat enthusiasts Joe Exotic and Carole Baskin, the show’s numerous twists and turns kept fans guessing every step of the way.

After seven gripping episodes, viewers are caught up to Joe’s current situation as he serves a 22-year prison sentence for the attempted murder via hitman of Baskin, as well as killing the animals in his zoo to make way for new exhibits. 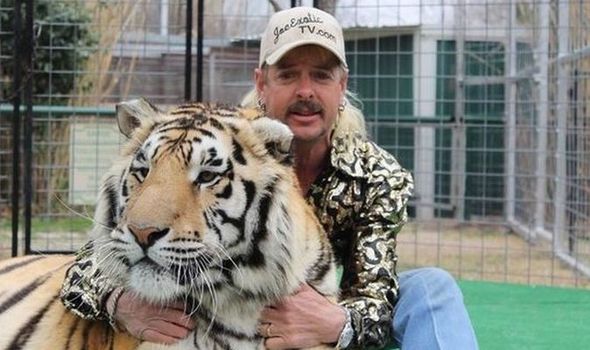 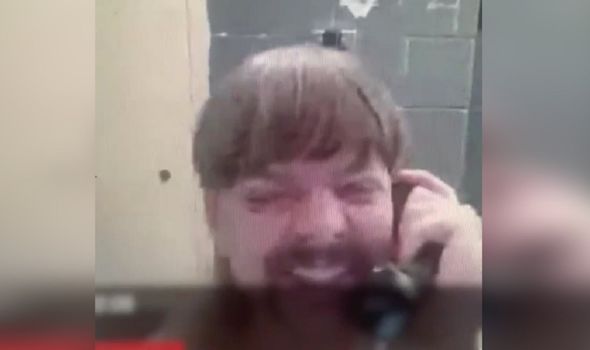 As well as gaining a reputation as the craziest new streaming series, many viewers and critics have levelled some scathing comments regarding the content of Tiger King.

Some feel the documentary style glosses over Joe’s reputation as a controversial figure, and don’t treat the abuse and trafficking of exotic animals with enough weight.

Following these criticisms, Joe has reflected on his past actions, and revealed in an exclusive interview with Netflix he now regrets his business practices at the G.W. Zoo in Oklahoma.

The Netflix celebrity has always maintained his innocence, but the former zoo-owner admitted he now sympathises with the big cats and primates he kept in cages for years. 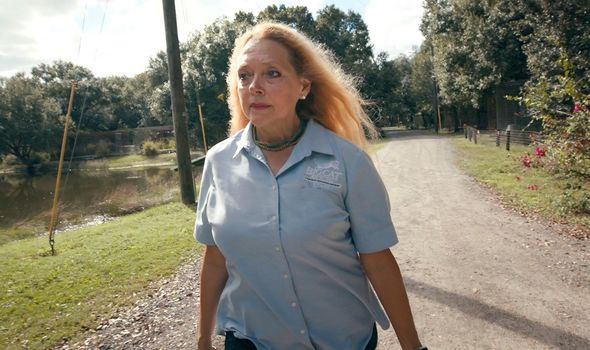 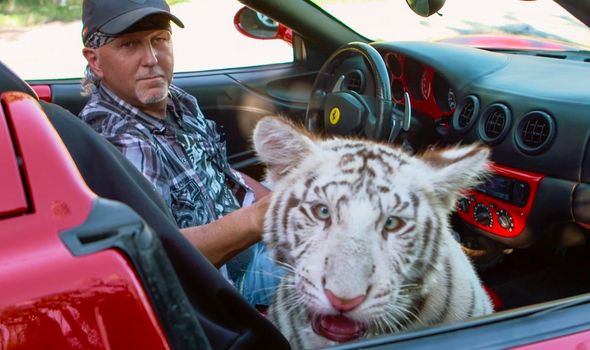 Joe said: “Go sit in a cage with your animals for a week.

His zoo offered guests the opportunity to experience close-up interactions with exotic animals such as lions, tigers and chimpanzees, and even caught the attention of major celebrities during the height of its popularity in the 2000s.

As Joe and Carole’s online feud swelled into abuse and video threats, Carole was accused of murdering her husband Don Lewis by feeding him to some of her big cats.

Despite his remorse, Joe revealed to Netflix he won’t be changing his behaviour, and assured his followers he’ll still be “as crazy as I was before.”

However, he continued: “It would be nice if I could see me being famous out there, but I have seen these four walls for a year and half now.”

Thankfully, he also revealed his ongoing feud with Carole will simmer down once his sentence has been completed.

He confirmed he was “done with the Baskin saga” and is now fully committed to “getting out of jail a free man and exonerated.”

Joe’s zoo was taken over by fellow exotic animal enthusiast Jeff Lowe, who recently confirmed Netflix had visited the park for a follow-up episode to the series.

Producers Eric Goode and Rebecca Chaiklin have also suggested a second season is possible as the story of G.W. Zoo continues.

Tiger King is available to stream on Netflix.