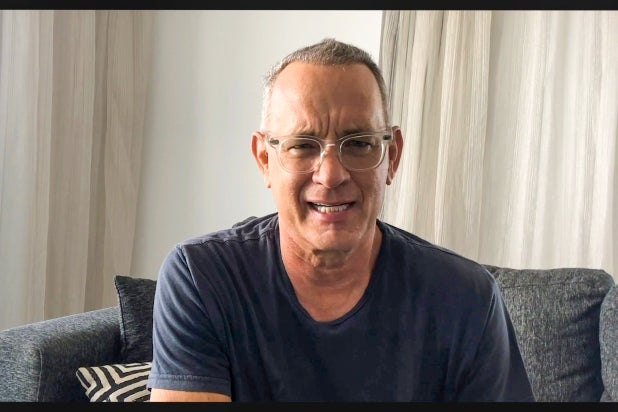 “Celebrating America” will air from 8:30 p.m. ET/PT to 10 p.m. ET/PT on Jan. 20 across ABC, CBS, NBC, CNN and MSNBC. It will also be streamed live on social media (YouTube, Facebook, Twitter and Twitch) and on Amazon Prime Video, Microsoft Bing, NewsNOW from Fox, and AT&T DIRECTV and U-verse.

Joining Hanks will be Ant Clemons, Jon Bon Jovi, Demi Lovato and Justin Timberlake, among others to be named later. The program, which will “showcase the American people’s resilience, heroism, and unified commitment to coming together as a nation to heal and rebuild,” will feature remarks by both Biden and Harris.

“This inauguration presents a unique opportunity to spotlight the resilience and spirit of an America United,” Presidential Inauguration Committee (PIC) CEO Tony Allen said in a statement on Wednesday. “We have witnessed countless heroes this past year step up to the frontlines and serve their fellow Americans, so we are telling their stories, spreading their collective light, and celebrating the best of our country and its people with this prime-time program.”

“Our first priority is safety — so while many of us will be watching safely from our homes, we are creating real moments of connection that highlight a new inclusive American era of leadership that works for and represents all Americans,” Allen concluded.

“Celebrating America” will be the culmination of a five-day salute to the (hopefully peaceful) transition of power from the Trump administration to Joe Biden’s.

The Biden/Harris inauguration will take place earlier on Jan. 20. Donald Trump has already stated that he will not be in attendance.

“To all of those who have asked, I will not be going to the Inauguration on January 20th,” Trump wrote on his recently-reinstated Twitter account.

That’s not unprecedented, but it is not exactly cool either.