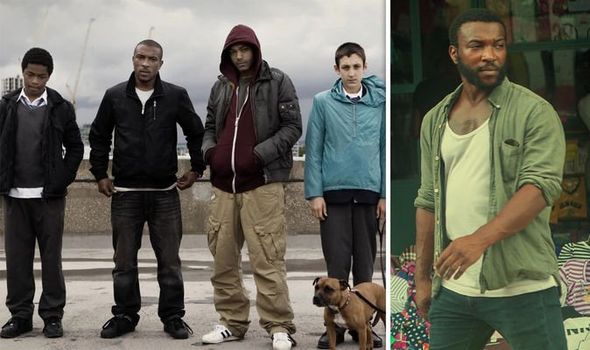 Netflix revived British drama Top Boy six years after the show was cancelled by Channel 4. Season three was released on September 13, 2019, but there has been some confusion about the new series which is technically the third outing – yet it has been billed as “season one” on Netflix.

What’s the difference between Top Boy and Top Boy Summerhouse?

The third outing is possibly being referred to as “season one” on Netflix because it’s the first run on the streamer.

On top of that, the latest season of Top Boy continues to be set on the Summerhouse Estate with a new story featuring lead characters Dushane (played by Ashley Walters) and Sully (Kane Robinson).

However, the third run will be picking up from where the run last left off (here’s a handy recap of seasons one and two) and is simply a continuation rather than something brand new within the world of Top Boy.

The new series is much longer than its predecessors with 10 episodes compared to its time on Channel 4 when each run consisted of just four episodes.

Top Boy was cancelled by Channel 4 back in 2013 and it seemed that was it for the series created by Ronan Bennett.

However, after landing on Netflix, Canadian rapper Drake was enthralled by the British gangster drama.

He subsequently convinced Netflix to pick up Top Boy in 2017 with the show in development for nearly two years before finally hitting screens.

Drake serves as an executive producer on the series, marking his latest foray into television after he was also one of the programme-makers behind HBO coming-of-age series Euphoria starring Zendaya.

At the time, Netflix executive Cindy Holland told Variety: “We couldn’t be more excited for Netflix members around the world and a new generation of fans to discover the authentic, raw and real world of Top Boy.

“Drake came to us several months ago with a passion to help bring this series back to life, and we’re thrilled to support the original creative team to do just that.”

This isn’t the first time Netflix has come to the rescue, only last year the streaming giant saved Lucifer and Designated Survivor from the network axe.

However, Netflix has subsequently cancelled both shows with Lucifer getting one last outing to round off the story.

Meanwhile, Black Mirror – which is one of Netflix’s biggest success stories – was saved as well after its future looked uncertain with Channel 4.

Black Mirror set Netflix US alight after landing on the platform, which came at just the right time with the show moving over from Channel 4.

Unlike Top Boy, Black Mirror’s first Netflix season was referred to as “season four” rather than season one which is also likely to be leaving fans scratching their heads.

Top Boy season four has now been confirmed but when the series will return remains to be seen.

Due to the coronavirus pandemic, there’s no certainty when the series could be coming back.

TV and film production has been temporarily suspended due to lockdown.

Top Boy season 3 is available to watch on Netflix now